The previous record of 37 satellites in a single day seems pretty lame in comparison. 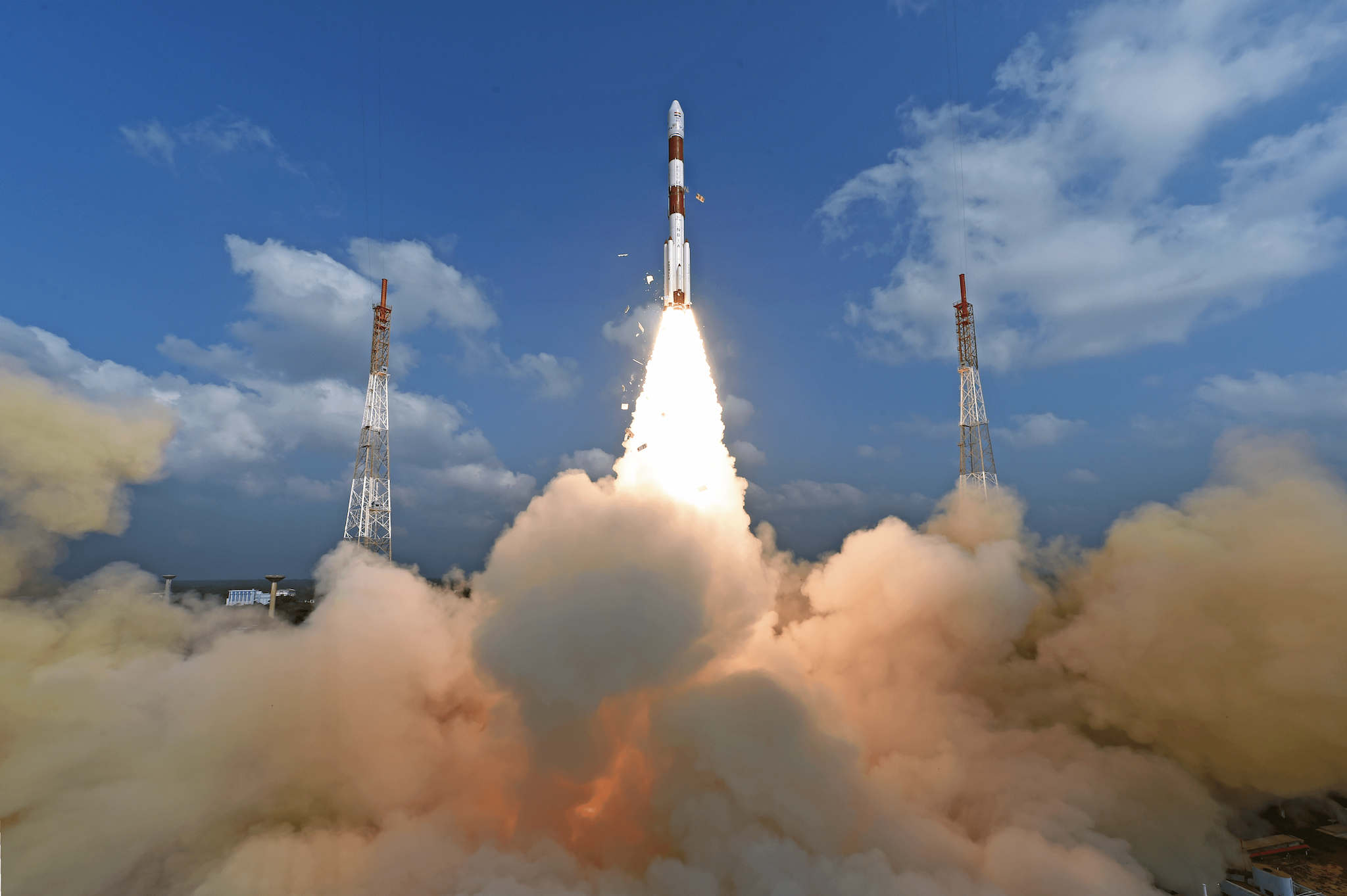 The Indian Space Research Organization (ISRO) managed to launch 104 satellites into space in the span of 18 minutes. That number nearly triples the previous record of 37 satellites in a single day, which was set by Russia's space agency in 2014.

While traveling at 27,358 km/h (17,000 mph), the Polar Satellite Launch Vehicle (PSLV) rocket released each satellite at a risky interval of just a few seconds. At that velocity, an incorrect launch path could result in a collision of the satellites, 88 of which were small, 10-pound "Doves" belonging to Planet Labs. However, all went well in the skies above the Indian Ocean.

This left commercial investors in the space program ecstatic as many companies around the world have come to the ISRO in hopes of a much more cost-effective satellite launch. Indeed, the organization is proving much more frugal in comparison to those in the Americas or Europe. For example, the ISRO launch of a spacecraft to Mars in 2014 cost around $74 million, while NASA budgeted around $671 million for its own Mars mission that same year, a difference of almost $600 million.

ISRO chairman A.S. Kiran Kumar noted that half the costs of the 104 satellite mission were covered by commercial fees, like those paid by Planet Labs. With satellites becoming easier and cheaper to launch, though, some involved in the space program are worried about a potential increase in space debris. Most satellite are only in operation for two to three years, so they urge companies and government organizations to take that into consideration when deciding how many satellites to send into space

Read This Next
Space Billboards
Russian Scientists Propose Plan to Launch Huge Advertisements Into Orbit Over Cities
Sabers Rattled
Russia Issues Veiled Threat to Shoot Down Pesky SpaceX Satellites
Oh Brother!
Surprise! The ISS Is Still at Risk From Russian Weapon Test
Spotted
Mystery Object Detected Near Chinese Satellite
Extreme Makeover Satellite Edition
World's First: Spacecraft Docks to Commercial Satellite In Orbit
More on Off World
Trashing Orbit
Yesterday on the byte
Elon Musk Says SpaceX May Build Starship That Dies on Purpose
Cat and Mouse
Yesterday on the byte
SpaceX to Launch "Hunter" Satellites for Targeting Rival Spacecraft
Space In Space
Yesterday on the byte
NASA Official Admits There's a Bit of an Issue on the Space Station
READ MORE STORIES ABOUT / Off World
Keep up.
Subscribe to our daily newsletter to keep in touch with the subjects shaping our future.
+Social+Newsletter
TopicsAbout UsContact Us
Copyright ©, Camden Media Inc All Rights Reserved. See our User Agreement, Privacy Policy and Data Use Policy. The material on this site may not be reproduced, distributed, transmitted, cached or otherwise used, except with prior written permission of Futurism. Articles may contain affiliate links which enable us to share in the revenue of any purchases made.
Fonts by Typekit and Monotype.