3D Imaging Is Helping Us Save History for the Future

Cameras could let us quite literally bring historical artifacts back to life. 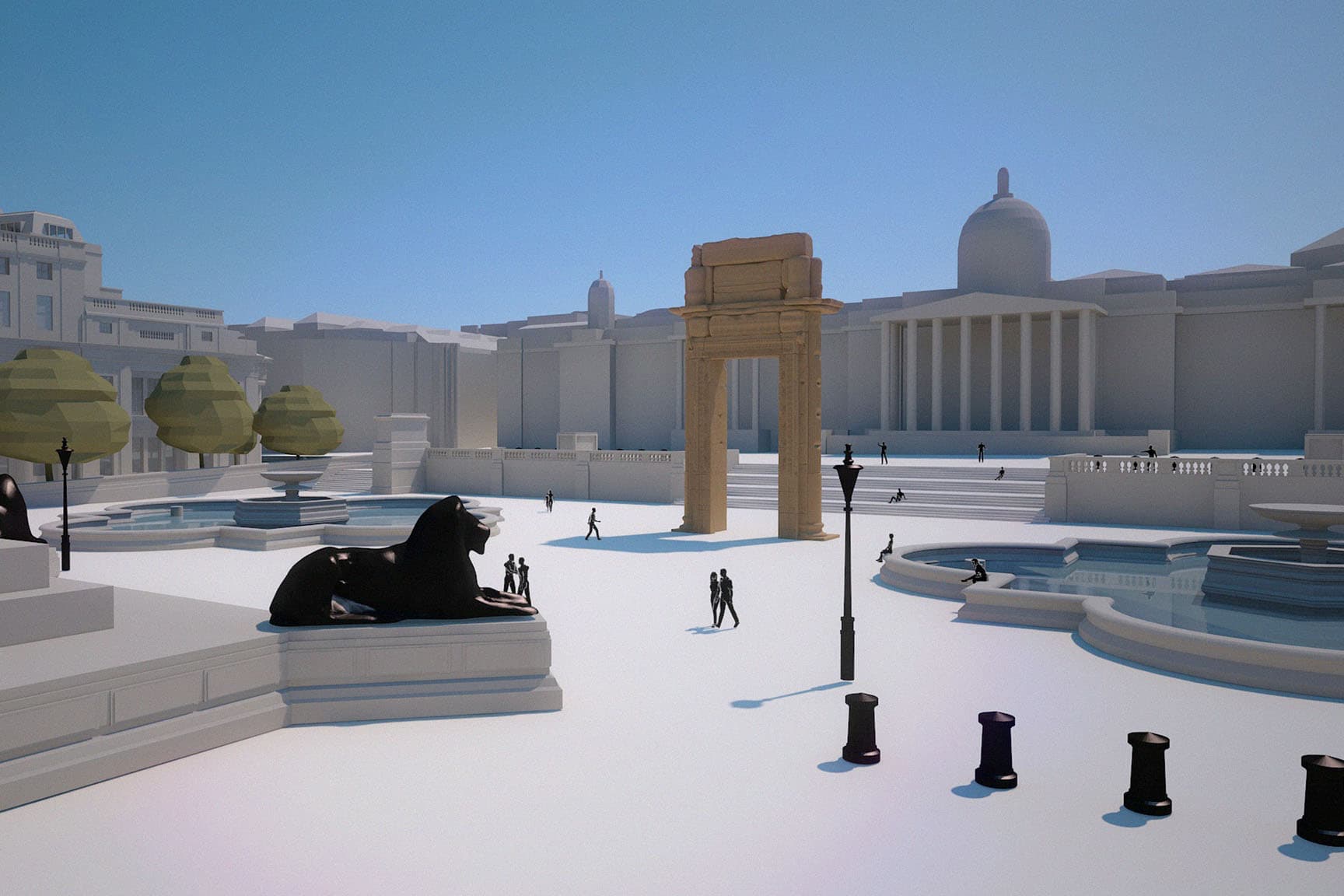 Image by The Institute for Digital Archaeology

We have a problem in our society. In fact, it's more than just a societal problem—we have a global problem. Each year, more of humanity's most treasured artifacts succumb to age and the decay of time. This point likely comes as no great surprise; after all, we are all farmilar with the scarred face of the Sphinx and the grassy, mottled halls of Machu Picchu.

However, in recent times, a new blight has started to lay siege to our historical relics: Terrorism.

In a recent interview, Alexy Karenowska, who is the Director of Technology at The Institute for Digital Archaeology and a research fellow at Magdalen College, noted the increasing violence that is perpetrated against sites that are of important historical and cultural significance. "There is an increasing awareness in the archaeological and cultural heritage community of the dangers of various programs of systematic cultural cleansing, which we are seeing executed by various malicious and terrorist organizations across the world," Karenowska asserts.

And in an attempt to preserve these artifacts, Karenowska and her team are turning to a rather unlikely savior: 3D imaging.

Making A Database of the Past

Ultimately, Karenowska has joined forces with the Dubai Future Foundation, UNESCO, and a host of other partners in order to capturing millions of 3D images of threatened objects around the globe. Their efforts, they hope, will allow them to make an open access database that anyone can use—be it for research purposes or simply for enjoyment—to take a stroll through history.

"The sites that get targeted and destroyed, some of them are well documented, but many of them are not," Karenowska notes, "so what we conceived of was a project that used stereoscopic camera technology to document sites that are at risk." Ultimately, the images that are taken will be uploaded through the team's web portal and added to the open-source Million Image Database.

Notably, for their work, the team is enlisting an army of everyday individuals—locals that are farmilar with the area and, thus, the sites that are of cultural and historical significance to their community.

Karenowska explains how the process works: "They [the locals] essentially take photographs on cameras that we provide for stereoscopic pictures, and then they send them back to the UK for processing."

The process is really as simple as it sounds; however, simple though it may be, it is very time consuming project, and of course, preserving all of our artifacts is a monumental challenge. But it seems that, armed with the latest technologies, Karenowska and her team are well prepared for the task—the cameras are inexpensive, lightweight, discreet, and easy-to-use. Ultimately, some 5,000 are planned to be distributed in 2016 alone.

This tech, coupled with the assistance of affiliate organizations, has allowed the Million Image Database to grow far bigger than was hoped. Karenowska states, "We are very grateful for the support of the government of the United Arab Emirates and our other partners on so many levels...their support has allowed us to extend the project well over and above what we originally anticipated."

In the end, this unification could allow us to complete a true database of history—something that Karenowska acknowledges would have been inconceivable just a few short years ago.

"Technology has a huge amount to offer cultural heritage preservation and the appreciation of culture...now we are able to use analytical techniques that, even just ten years ago, would have seemed like something only existing in Star Trek. We can use this technology to tell the age of the objects, their origin, the kind of material that we used in their production, and so on."

To that end, Karenowska characterizes the work as "a technological tool for the preservation and study of cultural heritage and archaeology."

And if technology advances in the way that Karenowska thinks it will, the database's future use extends far beyond just academic research and visual perusing. "In the future, different technologies could be applied to the photographs using sophisticated 3D modeling for the production of virtual reality or augmented reality experiences...and it could also be used in the restoration and reconstruction of these sites."

So this tech isn't just letting us remember historical artifacts, it could literally allow us to bring them back to life.