Robo Revolution: A Factory Cut Labor Costs in Half, Thanks to Tiny Robots 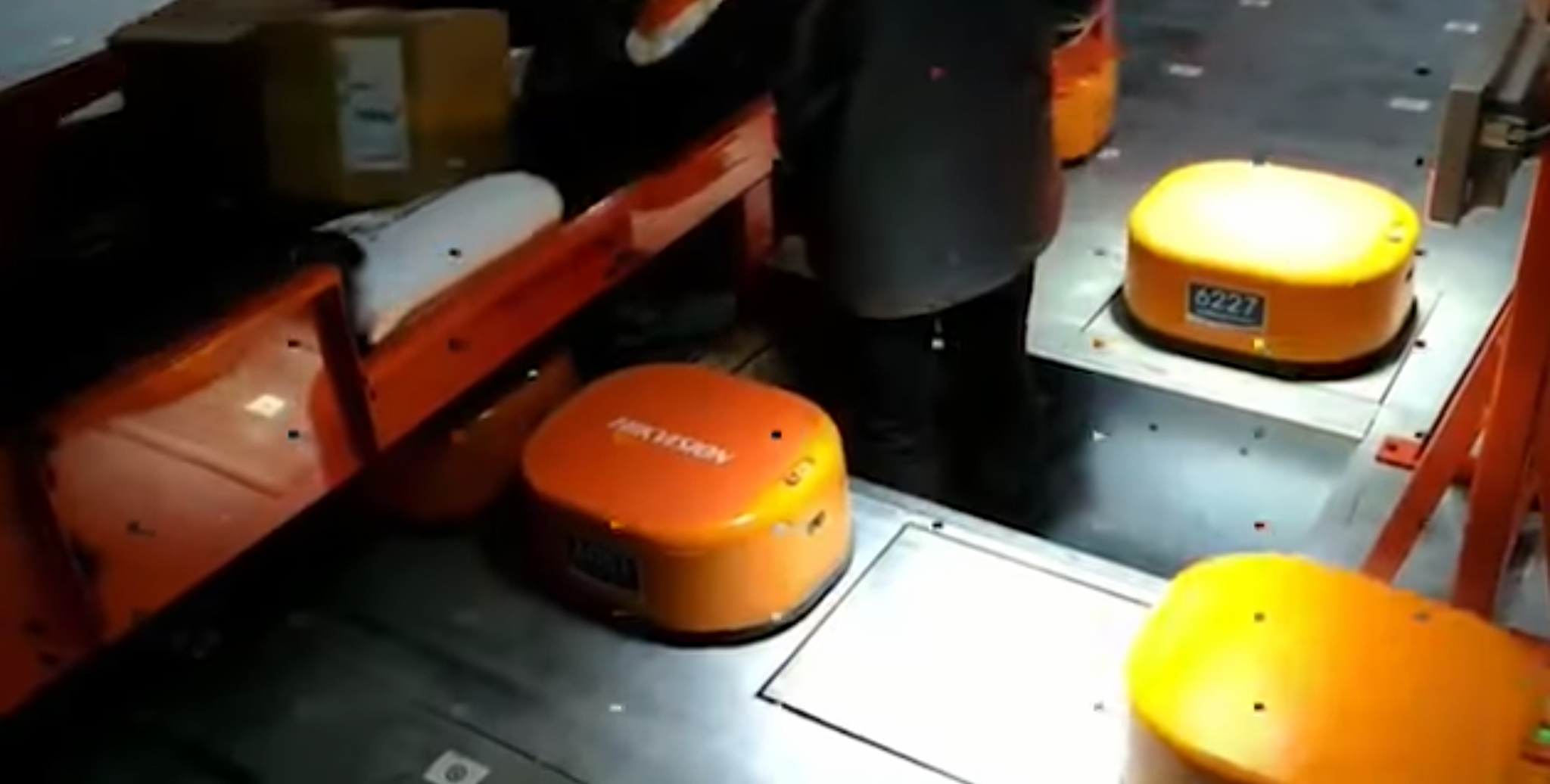 For any manufacturer, one of the biggest overhead costs to consider is labor. But in China, which has been particularly aggressive in their attempts to shift towards automation for better efficiency, a company has found a way to tap into the inherent advantages of robots to address this concern.

Shipping company Shentong Express has managed to slash labor costs in half by using sorting robots developed by Hikvision. In the video below, you can see these robots shuttling around an eastern China warehouse, each one taking a parcel from a human working before it goes into a scanner and takes the package to a chute ready for shipping.

The tiny robots are capable of sorting up to 200,000 packages a day; and because they are equipped to self-charge, they can operate 24/7. To that end, a Shentong Express spokesperson notes to the South China Morning Post that this has not only helped the company cut labor costs by half, but also managed to improve efficiency by 30 percent and maximize sorting accuracy.

Right now, the robots are being used in two Hangzhou centers, but the company is looking to deploy the robots in their largest locations.

The Threat of Automation

Perhaps no other country is more focused on shifting to automation and replacing human workers with machines than China, especially given that the output of industrial robots in the country rose by 30.4 percent in 2016. Earlier this year, a Chinese factory replaced 90 percent of its human workforce with automated machines, resulting in a 250 percent increase in productivity and 80 percent drop in defects. Foxconn, an Apple supplier, also cut 60,000 jobs and replaced them with robots.

To that end, China’s five-year plan is targeting production of these robots to reach 100,000 by 2020. This means that as the world continues to achieve unprecedented levels of advancement in AI and robotics, it will likely cause the displacement of thousands of human workers in favor of automated efficiency. Already, 137 million workers across five Southeast Asian countries are in danger of being displaced by automated systems in the next 20 years.

“Countries that compete on low-wage labour need to reposition themselves — price advantage is no longer enough,” said Deborah France-Massin, director for the ILO’s bureau for employers’ activities. “Robots are becoming better at assembly, cheaper, and increasingly able to collaborate with people,” the ILO said.

Experts are urging everyone to start talking about the implications of automation now — and the conversation doesn’t have to center on how the world can resist automation, but more on how we can embrace robotics and ensure that the human population is not left unemployed. Universal basic income may be the solution here.

Read This Next
Quantum Supremacy
US Sanctions Chinese Quantum Computing Firms for... Reasons
Quantum Solutions
Chinese Scientists Say They Now Have the World's Most Powerful Quantum Computer
Rock 'Em Sock 'Em
The Head of US Space Command Fears China's Giant Robot Arms
UBI and Robots Forever
How Universal Basic Income Could Be Affordable, Andrew Yang Explains
Killer Robot Ships
The U.S. Navy Wants to Roll out Autonomous Killer Robot Ships
More on Robots & Machines
From the Dept. of...
Thursday on futurism
The Best Mini Fridges of 2023
Blow Up Doll
Monday on the byte
Ukraine Accuses Russia of Using Inflatable "Dummy Tanks," Which Deflated
FROM THE DEPT. OF...
Monday on futurism
The Best Compost Toilets of 2023
READ MORE STORIES ABOUT / Robots & Machines
Keep up.
Subscribe to our daily newsletter to keep in touch with the subjects shaping our future.
+Social+Newsletter
TopicsAbout UsContact Us
Copyright ©, Camden Media Inc All Rights Reserved. See our User Agreement, Privacy Policy and Data Use Policy. The material on this site may not be reproduced, distributed, transmitted, cached or otherwise used, except with prior written permission of Futurism. Articles may contain affiliate links which enable us to share in the revenue of any purchases made.
Fonts by Typekit and Monotype.