3 Billion Years Ago, Our Moon Had a Different North Pole

For comparison, it's like Earth's axis moving from Antarctica to Australia. 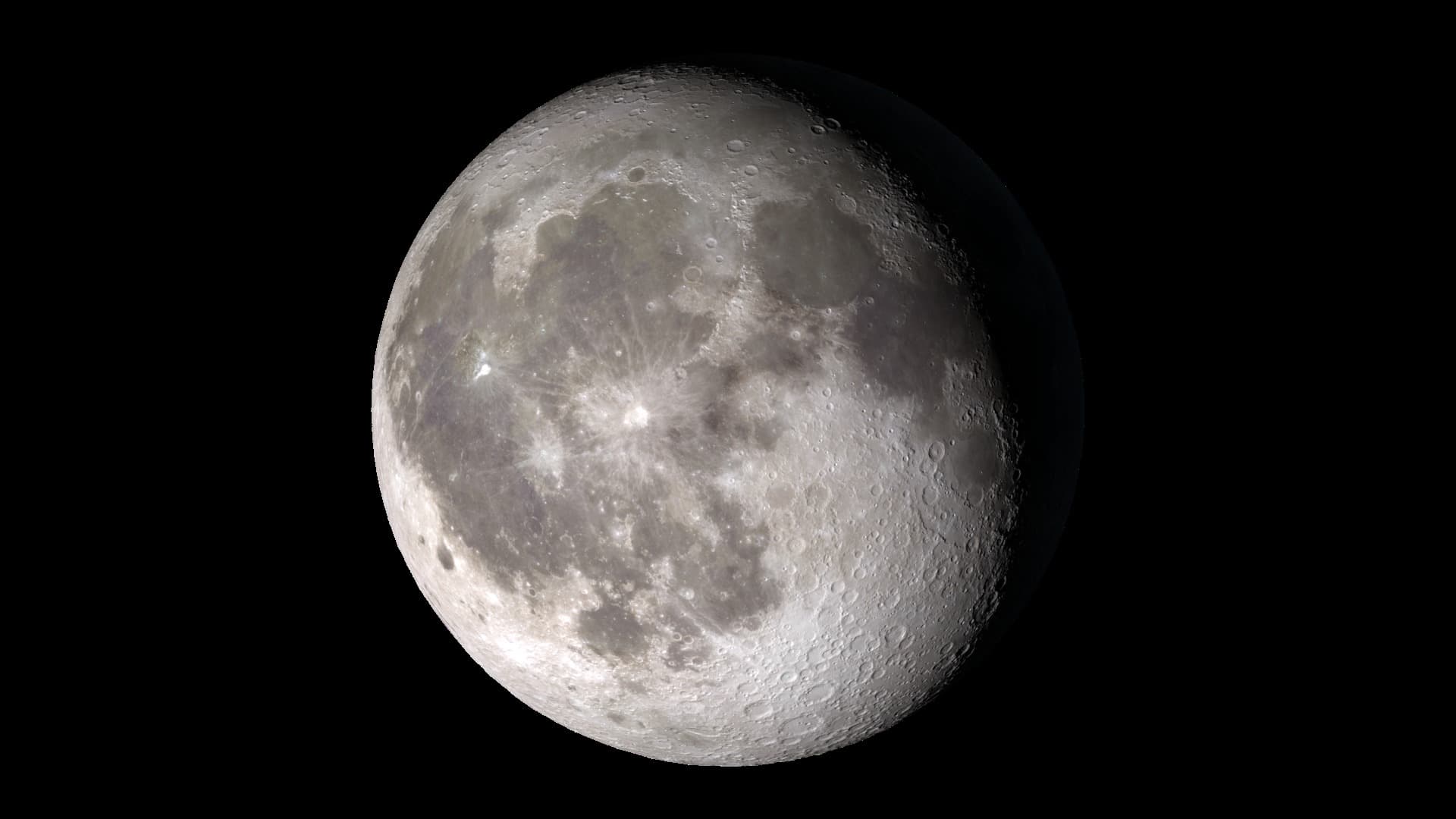 It's easy to think of the Moon as a kind of dormant, predictable companion to all the hustle and bustle of life on our home planet, but a new study reveals there's a whole lot more going on under the surface of our lunar satellite than we might assume.

Scientists have discovered that the Moon wandered off its original axis more than 3 billion years ago, with the axis shifting about 6 degrees over the course of a billion years or so. That means the north and south poles of the Moon weren't always where they are right now.

"This was such a surprising discovery. We tend to think that objects in the sky have always been the way we view them, but in this case the face that is so familiar to us – the Man on the Moon – changed," says planetary scientist Matthew Siegler from the Southern Methodist University in Dallas.

Taking a closer look at the data – gleaned from NASA's Lunar Prospector and Lunar Reconnaissance Orbiter missions – they found the ice offset at each pole amounted to the same distance, but travelling in exactly opposite directions.

In other words, the axis that runs through the Moon and around which it rotates had shifted in position, with the north and south poles adjusting to new locations on the lunar surface. While 6 degrees might not seem like a huge angle, it's a pretty massive transformation for something as big as the Moon. But how did it happen?

The answer, according to the researchers, is volcanic activity that took place under the lunar surface a long, long time before humans started gazing up at the Moon.

"Billions of years ago, heating within the Moon's interior caused the face we see to shift upward as the pole physically changed positions," said Siegler. "It would be as if Earth's axis relocated from Antarctica to Australia. As the pole moved, the Man on the Moon turned his nose up at Earth."

The phenomenon, called polar wander, is thought to have occurred when ancient volcanic activity some 3.5 billion years ago melted some of the Moon's mantle, leading it to bubble up toward the surface. This change in internal mass could have caused the whole Moon to move, slowly shifting the position and angle of its axis over a billion years, as now shown by etched ice paths on the surface.

The findings, published in Nature, help us to understand more about the nature of ice on the Moon, as we now know it predates the Moon's polar wander, indicating that it's very ancient. This in turn could help explain how we have water here on Earth, which is something that still puzzles scientists.

"We don't know where the Earth's water came from. It appears to have come from the outer Solar System well after the Earth and Moon formed," said Siegler. "The [Moon] ice may be a time capsule from the same source that supplied the original water to Earth. This is a record we don't have on Earth. Earth has reworked itself so many times, there's nothing that old left here. Ancient ice from the Moon could provide answers to this deep mystery."

Read This Next
Moon Wrestling
The Head of NASA Is Scared Chinese Astronauts Will Seize Portions of the Moon
Next Time
NASA Cancels First Launch Attempt of Uber Expensive Moon Rocket
Back to the Moon
NASA: SpaceX Only Has to Prove It Can Land Astronauts on Moon, Not Bring Them Home Again
Moon Vacation
NASA Finds Holes on the Moon Where It's Always a Comfortable Temperature
Expect Delays
Scathing Report Admits NASA Is Years Behind Moon Landing Schedule
More on Off World
Drama Bomb
Yesterday on the byte
European Space Agency Halts Plans to Send Astronauts to Chinese Space Station
Futurism
Yesterday on the byte
Asteroid Mining Startup About to Launch First Mission
Carry On, Wayward...
Yesterday on the byte
NASA Says Lucy Spacecraft Will Forge Ahead With Busted Solar Array
READ MORE STORIES ABOUT / Off World
Keep up.
Subscribe to our daily newsletter to keep in touch with the subjects shaping our future.
+Social+Newsletter
TopicsAbout UsContact Us
Copyright ©, Camden Media Inc All Rights Reserved. See our User Agreement, Privacy Policy and Data Use Policy. The material on this site may not be reproduced, distributed, transmitted, cached or otherwise used, except with prior written permission of Futurism. Articles may contain affiliate links which enable us to share in the revenue of any purchases made.
Fonts by Typekit and Monotype.