DARPA Mule Robot Too Noisy, US Military Refuses to Hear it Any Longer 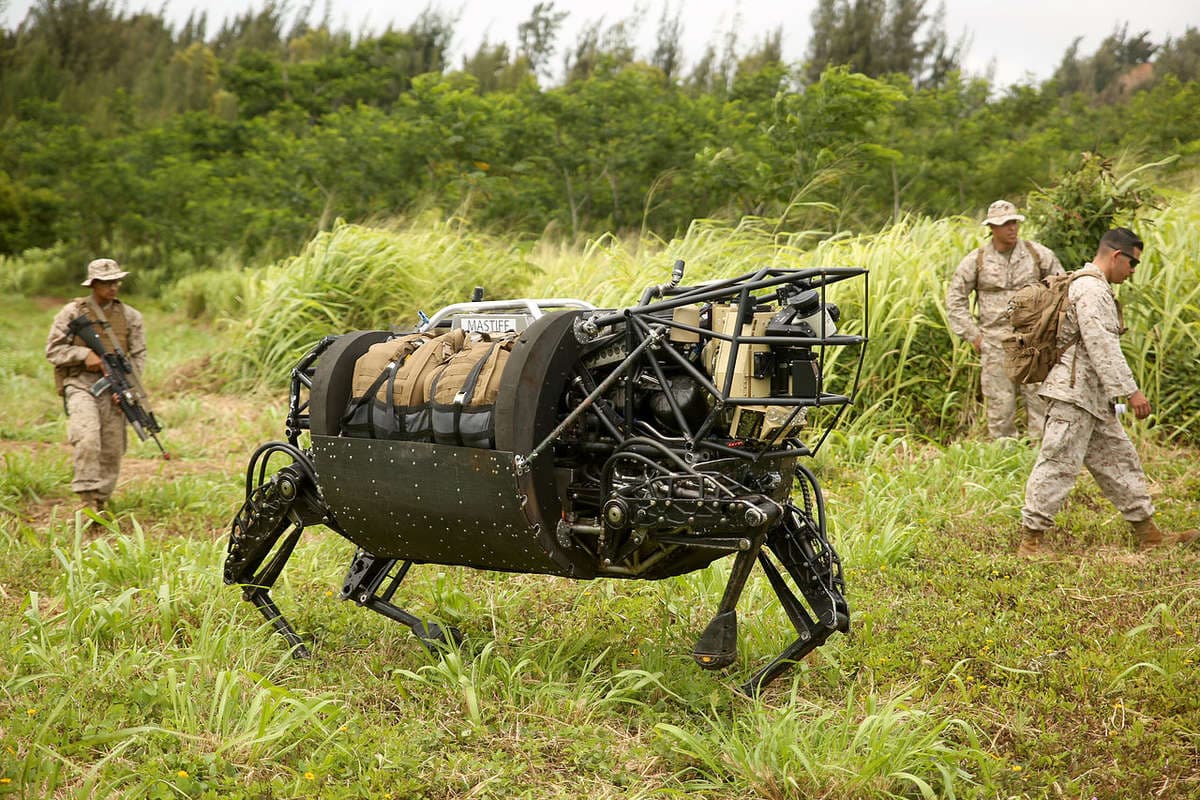 Plans for a robotic mule called the LS3 (Legged Squad Support System), a robot that could potentially carry heavy loads during combat situations, have been abandoned by the United States Marine Corp. This decision was caused mainly by the amount of noise that the machine generated while in use, which risked compromising the position of troops to enemy fighters.

The LS3 was an integral part of an effort to integrate thousands of robots into the US Army’s forces by 2030, and it seems that, now, we may have a bit of a setback. However, that said, the information that was gained through this would could help the military create new, more effective designs.

Defense Advanced Research Projects Agency (DARPA) sparked the development of the LS3 back in 2008, when it offered a $32m (£21m) contract to Alphabet's Boston Dynamics. Further tests demonstrated that it could carry 180 kg (almost 400 lb) loads across rugged terrain. LS3 could also run for 24 hours straight on a 20-mile mission across rough terrain. No controller was needed; it took visual and verbal cues from soldiers to find its way.

The noise its gas-powered engine produced, however, was a source of significant concern, as recounted by Marines. Ultimately, this proved to be a hurdle that engineers were unable to overcome.

"As Marines were using it, there was the challenge of seeing the potential possibility because of the limitations of the robot itself," Kyle Olson, a spokesperson for the Marine Corps Warfighting Lab, told Military.com. "They took it as it was: A loud robot that's going to give away their position. We tend to make things that are fanciful and strange. Learning from it was a big part, and we're still learning."

A similar robot named Spot was created in an attempt to address the noise issue, but it was neither autonomous nor capable of lifting heavy cargo. Because of its lighter frame, at best, it was only able to carry loads of up to 18 kg (40 lb) Spot's limited capabilities showed that it was unsuitable for use in the field.

"I see Spot right now as more of a ground reconnaissance asset," said James Pineiro, head of the Ground Combat Element branch at Warfighting Lab. "The problem is, Spot in its current configuration doesn't have the autonomy to do that. It has the ability to walk in its environment, but it’s completely controller-driven."

Read This Next
Great Listener
Artificial Intelligence Can Detect PTSD in Your Voice
BattleBots
The U.S. Military Is Hiring Palantir to Build Battlefield AI
Drone Warfare
The Air Force Is Building AI to Fly Fighter Jets Called "Skyborg"
Robo Tanks
The Military Wants to Build Deadly AI-Controlled Tanks
Brands We Love
Robots Are Already Driving and Painting, Now They're Directing Films Too
More on Artificial Intelligence
History Selfie Ch...
Monday on the byte
New AI Shows What You'd Look Like in Different Eras
I'm a Cool Boss(w...
Nov 23 on the byte
Companies Already Investing in Tech to Scan Employees’ Brains
Language Moron
Nov 20 on the byte
Facebook Takes Down AI That Churns Out Fake Academic Papers After Widespread Criticism
READ MORE STORIES ABOUT / Artificial Intelligence
Keep up.
Subscribe to our daily newsletter to keep in touch with the subjects shaping our future.
+Social+Newsletter
TopicsAbout UsContact Us
Copyright ©, Camden Media Inc All Rights Reserved. See our User Agreement, Privacy Policy and Data Use Policy. The material on this site may not be reproduced, distributed, transmitted, cached or otherwise used, except with prior written permission of Futurism. Articles may contain affiliate links which enable us to share in the revenue of any purchases made.
Fonts by Typekit and Monotype.