Go Beyond the Infinite With This Awesome '2001: A Space Odyssey' Memorabilia

Bring a piece of Kubrick's Sci-fi masterpiece into your home. 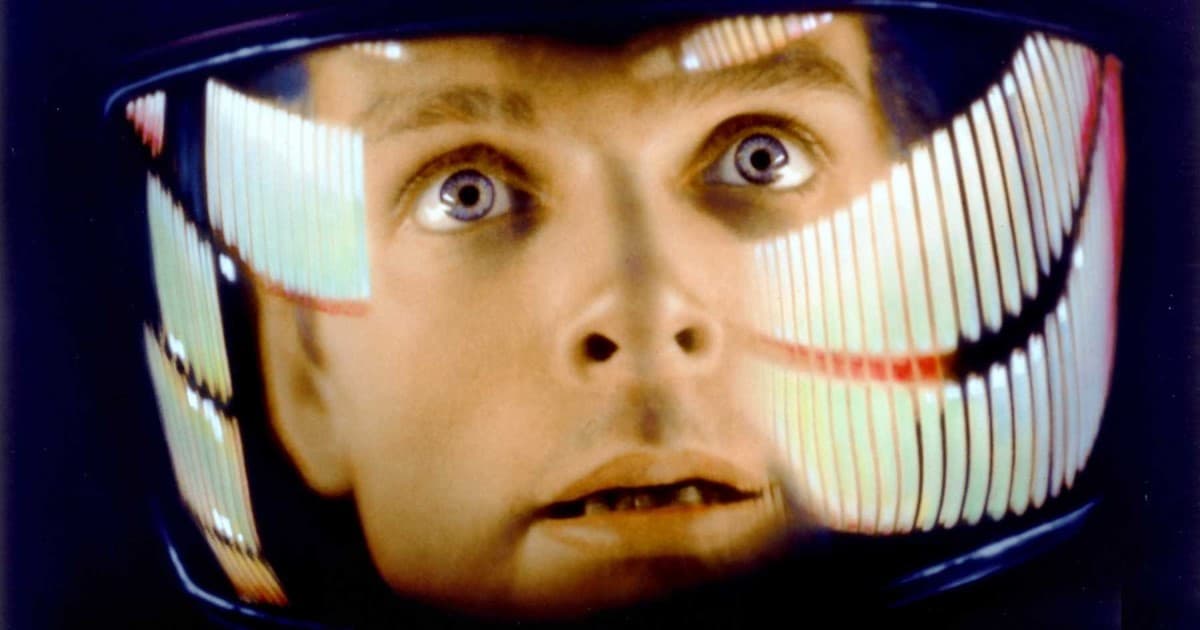 Hypothetically speaking, finding a science fiction fan that doesn't appreciate Stanley Kubrick and Arthur C. Clarke’s 1968 film 2001: A Space Odyssey is possible. But it’s also a little bit ridiculous. The movie is one of the top tier classics of the genre and has inspired everything from Star Wars to Alien, not to mention countless science-fiction novels, short stories, and comic books. Now, for you or the hardcore 2001-iac in your life, there are two new premium pieces of merchandise that are worthy of one of the greatest films ever made.

We’ll start with the more affordable of the two. It's a nearly ten-inch-tall vinyl Space Suit that's nearly identical to the one worn by the crew of the Discovery One spacecraft bound for Jupiter. Sculpted by the skilled craftspeople at Perfect-Studio, this hefty three-pounds special edition VCD (vinyl collectible doll) has detail and style to spare. For a limited time, you can get one for $95, a bargain compared to what you might pay for such a handsome item on the collector’s market. And besides, think of how cool it would look surrounded by your other action figures and/or VCDs. Check it out here and grab one for yourself (or that lucky loved one) now.

But the VCD is really more of an appetizer for our main course: The Making of Stanley Kubrick’s 2001. This collector’s edition is the work of the people at Taschen, a publisher known for their uniquely detailed and elaborate coffee table books devoted to all and sundry.

While we’re on the subject of Kubrick, you might be interested to know that this is the same company, and the same designers, who put together the equally impressive book Napoleon: The Greatest Movie Never Made, only this film actually exists.

The Making of Stanley Kubrick’s 2001 is purported to be the most exhaustive publication ever devoted to 2001: A Space Odyssey and was created with the full cooperation of both Warner Bros. and the Stanley Kubrick Estate. The book is divided into four volumes and covers virtually every aspect of the film’s conception, production, promotion, and more in exhaustive detail. It contains a wealth of visual materials. Personal testimony from the film’s late writer Arthur C Clarke as well as photographs, concept art, and pre-production paintings are just some of the treasures to be found in this incredible collection.

For $1,800, you’ll be getting an individually numbered special “Art Edition” of The Making of Stanley Kubrick’s 2001, signed by the late filmmaker’s daughter Christina Kubrick. Each collection also includes a 'Revolving camera and control panel' art print signed by the film’s art advisor Brian Sanders and suitable for framing.

The Making of Stanley Kubrick's 2001

The first volume of The Making of Stanley Kubrick’s 2001 is devoted to stills from the film, the next best thing to watching the movie itself. The second volume is the behind-the-scenes material, including interviews with the cast and crew. The third volume is a facsimile of the movie’s original screenplay, and the fourth is a facsimile of the original 1965 production notes. As if that weren’t enough, there’s also a “small comic surprise” included in the package.

So if you or someone you know is a diehard 2001: A Space Odyssey fanatic, head over to Sideshow to get your copy of Taschen’s The Making of Stanley Kubrick’s 2001 right now, while supplies last.

Read This Next
From Our Partners
Pre-Black Friday Doorbusters: Save On A High-End Pocket Projector
Brands We Love
Tired of Dumbed-Down Television? It’s Time To Try CuriosityStream.
From Our Partners
Bring the Big Screen With You Anywhere With This 1080p Pocket Projector
Futurism
The 10 Most Significant Scientific Discoveries Of the Year (So Far)
Futurism
Imagining Tomorrow: The Best Sci-Fi Visions Heading Our Way in 2017
More on Sci-Fi Visions
What is Happening
Yesterday on the byte
Elon Musk Sets His Twitter Account to Private
From the Dept. of...
Monday on futurism
The Best Humidifiers of 2023
Human v. Giraffe
Jan 24 on the byte
Chaotic Italian Fashion Line Baffles Facial Recognition Software
READ MORE STORIES ABOUT / Sci-Fi Visions
Keep up.
Subscribe to our daily newsletter to keep in touch with the subjects shaping our future.
+Social+Newsletter
TopicsAbout UsContact Us
Copyright ©, Camden Media Inc All Rights Reserved. See our User Agreement, Privacy Policy and Data Use Policy. The material on this site may not be reproduced, distributed, transmitted, cached or otherwise used, except with prior written permission of Futurism. Articles may contain affiliate links which enable us to share in the revenue of any purchases made.
Fonts by Typekit and Monotype.