Armageddon: How Large Must an Asteroid be to Exterminate All Life on Earth? 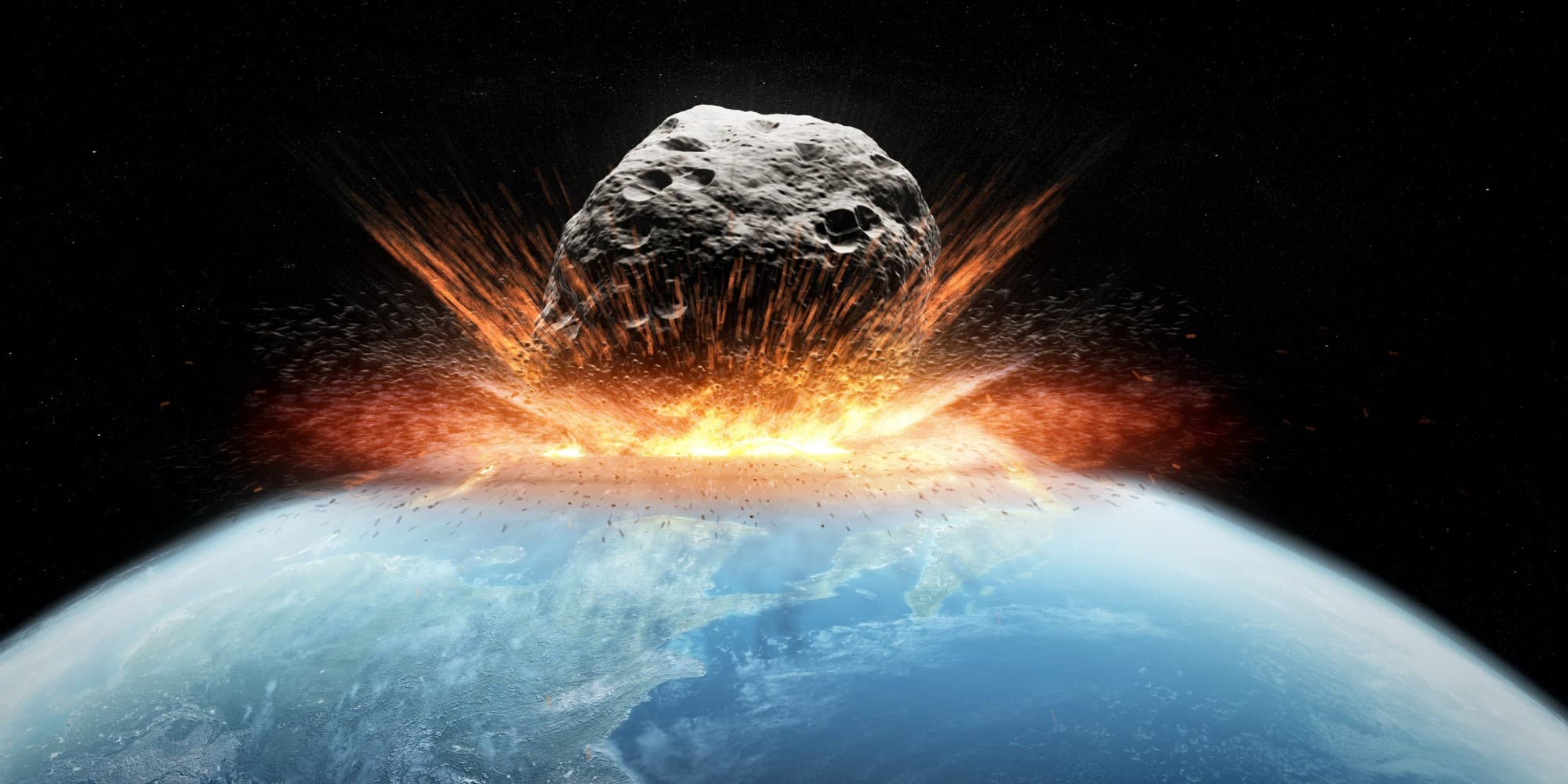 Image by SCIEPRO via Getty Images

Smaller asteroids have hit the Earth in the past, and they have cause massive destruction. The most notable example of this is the asteroid which caused the extinction of non-avian dinosaurs 65 million years ago.

Scientists estimate that this object must have been between 11 to 12 km (7 to 8 miles) wide. Upon crashing into the planet, it created a huge dust plume that completely covered the globe, blocking out sunlight, and raised temperatures in the vicinity so high that it literally cooked anything living.

If such a catastrophe occurred today, billions of people would definitely perish and so would a vast majority of our plant life. But there would be survivors.

Ultimately, scientists estimate that an asteroid would have to be about 96 km (60 miles) wide to completely and utterly wipe out life on our planet.

But of course, rocks that are even smaller could still cause massive damage. Brian Toon, a geoscientist from the University of Colorado Boulder, says that a space rock .8 km (.5 miles) wide would release energy akin to 100 billion tons of trinitrotoluene or TNT.  While an asteroid the size of a house, hitting the earth at 48,000 km/h (30,000 miles per hour), would pulverize all man-made structures up to half a mile from ground zero.

A larger rock (the size of a 20-story building, for example) would flatten anything standing within 8 km (5 miles) from the point of impact.

Thankfully, according to Richard Binzel, professor of planetary sciences at MIT, there are no giant rocks out in space that we know of in our vicinity that can reach the size necessary to completely annihilate life on Earth. At least, not yet anyway.

The next time an asteroid passes close to Earth will be on October 26th, 2028. It is predicted it will be about two and a half times the Moon’s distance from Earth at its closest point. It is thought to be about a mile wide and is travelling at a speed of 48,000 km/h 30,000 miles per hour. But NASA says it will not affect our planet in any way.

Read This Next
Shoo
Scientists Warn Giant Asteroid Is Actually Swarm, Nearly Impossible to Destroy
Monkey Business
China Plans to Send Monkeys to Space Station to Have Sex With Each Other
Overview Effect
William Shatner Says His Space Trip Left Him With a Feeling of Terrible Grief
Astronaut Drip
We Just Got the First Peek at NASA's Artemis Moon Landing Suits
Blast Off
Former Astronaut Details Quest to Grow Cannabinoids in Space
More on Off World
Heavy Metal
Yesterday on the byte
NASA Mars Rover Finds Metallic Object That Smashed Down on Surface
Small But Mighty
Yesterday on the byte
Baby Asteroid Photobombs James Webb On Accident
Little Guy
Yesterday on the byte
Scientists Prototype "Creeping" Lizard-Like Robot for Exploring Mars
READ MORE STORIES ABOUT / Off World
Keep up.
Subscribe to our daily newsletter to keep in touch with the subjects shaping our future.
+Social+Newsletter
TopicsAbout UsContact Us
Copyright ©, Camden Media Inc All Rights Reserved. See our User Agreement, Privacy Policy and Data Use Policy. The material on this site may not be reproduced, distributed, transmitted, cached or otherwise used, except with prior written permission of Futurism. Articles may contain affiliate links which enable us to share in the revenue of any purchases made.
Fonts by Typekit and Monotype.