A New Elementary Particle? Evidence of Boson Heavier than Higgs Observed at LHC 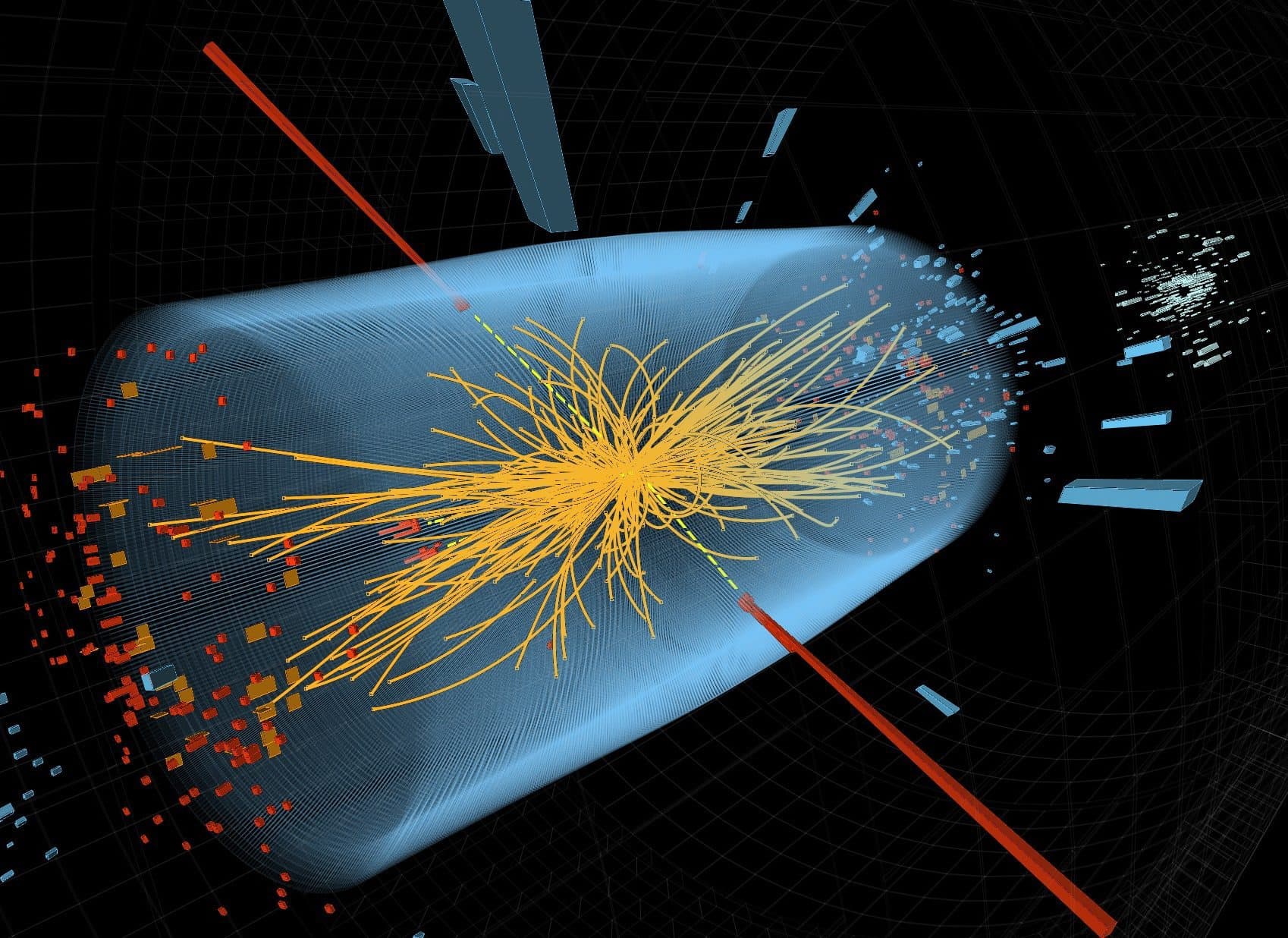 The Search For New Physics

The two experiments at the Large Hadron Collider (LHC) outside Geneva, Switzerland (the site responsible for the 2012 discovery of the Higgs boson) may have detected a possible new elementary particle.

There has been a rumor that has been circulating online for quite some time which asserts that both the CMS and ATLAS detectors at the LHC have observed an unexpected excess of pairs of photons, together carrying around 750 gigaelectronvolts (GeV) of energy.

Marumi Kado, of the Linear Accelerator Laboratory at the University of Paris-Sud, said that his experiment, ATLAS, had detected about 40 more pairs of photons than his team was expecting from the predictions of the standard model of particle physics. Jim Olsen of Princeton University in New Jersey reported that CMS saw merely ten. Neither team would have mentioned the excesses, but then both noticed that the other experiment had seen an almost identical hint.

“It is a little intriguing,” ATLAS spokesperson Dave Charlton, of the University of Birmingham, told Nature. “But it can happen by coincidence.” That said, the finding has already spawned at least 10 new papers proposing a theoretical explanation for the particle—and all in just a couple of days.

In the end, we will need to wait for confirmation to determine the significance of the data, but the find inspires a little bit of excitement all the same.

In particle physics, statistical bumps such as this occur frequently. If this one turns out to be real, it would be “a total game-changer”, says Gian Francesco Giudice, a CERN theorist who is not involved with either ATLAS or CMS.

Experimenters have spent decades validating the standard model, and the Higgs was the final piece in that puzzle. A much heavier particle would open an entire new chapter in the field, he says. “The Higgs boson pales in comparison, in terms of novelty.”

However, such a discovery is not entirely unexpected.

Earlier this year, after being down for nearly 27 months while scheduled updates were completed, we started on a new frontier in physics, as the LHC began delivering physics data for the first time in over 2 years—and it was operating at an unprecedented energy of 13 TeV*.

Over the coming months and years, the LHC will use this amazing amount of energy to open up the “dark sector of physics,” revealing currently unknown particles and helping solve some of our greatest cosmic mysteries (such as dark matter, parallel dimensions, and what happened during the earliest moments of the Big Bang).

Indeed, it seems that it may have already done just that.

*A TeV is a unit of energy used in particle physics. 1 TeV is about the energy of motion of a flying mosquito. What makes the LHC so extraordinary is that it squeezes energy into a space about a million million times smaller than a mosquito.