We're Heading to Jupiter's Moons to See If They Harbor Life 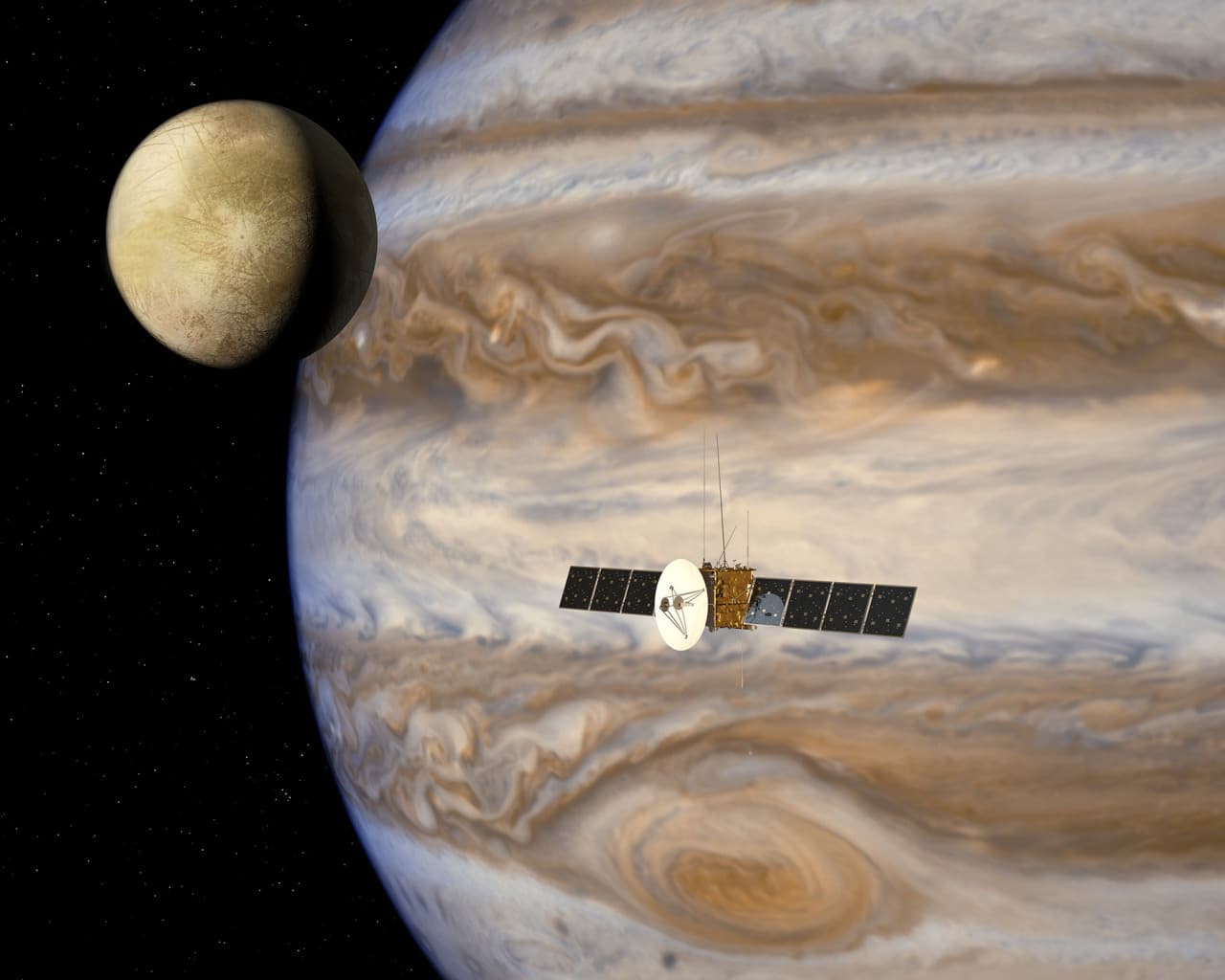 A satellite is going to be constructed in order to study Jupiter and its icy moons. It is set to be a joint project between Airbus and the European Space Agency (ESA), and the exploratory mission is scheduled to leave Earth in 2022 and arrive at Jupiter just about 7.5 years later.

The deal is some 350 million euros, and  will see the 5.5 ton probe assembled in Toulouse, France; however, the components and instruments will be sourced from all across Europe. In fact, there are going to be a host of international participants. As a result, the full mission will exceed one billion euros.

Airbus, as the prime contractor, must ensure that it will be ready for launch in six years.

Once launched, JUICE will use a series of gravitational flybys of Earth, Venus and Mars to steer itself out to the Jovian system. Upon reaching Jupiter, the probe will go around the planet and pass close to the moons Callisto and Europa. JUICE will then settle in an orbit around Ganymede.

The Search for Life on Waterworlds

The main objective of this mission is to discover whether or not any of these moons are habitable. Of course, they won't be terribly habitable for humans, as they are largely frozen wastelands; however, Callisto, Europa, and Ganymede are all suspected to have oceans of water below their icy surfaces. As such, they may have environments favourable to simple biology, and thus may be harbouring microbial life.

"Galileo's discovery of the giant moons of Jupiter four centuries ago caused a revolution in how we saw our place in the Universe," said Prof Mark McCaughrean, ESA's Senior Science Advisor, in a press release. "By studying the icy crusts and deep sub-surface water oceans of Ganymede, Europa, and Callisto, JUICE promises to open our eyes once again: could such places provide habitats for extraterrestrial life?"