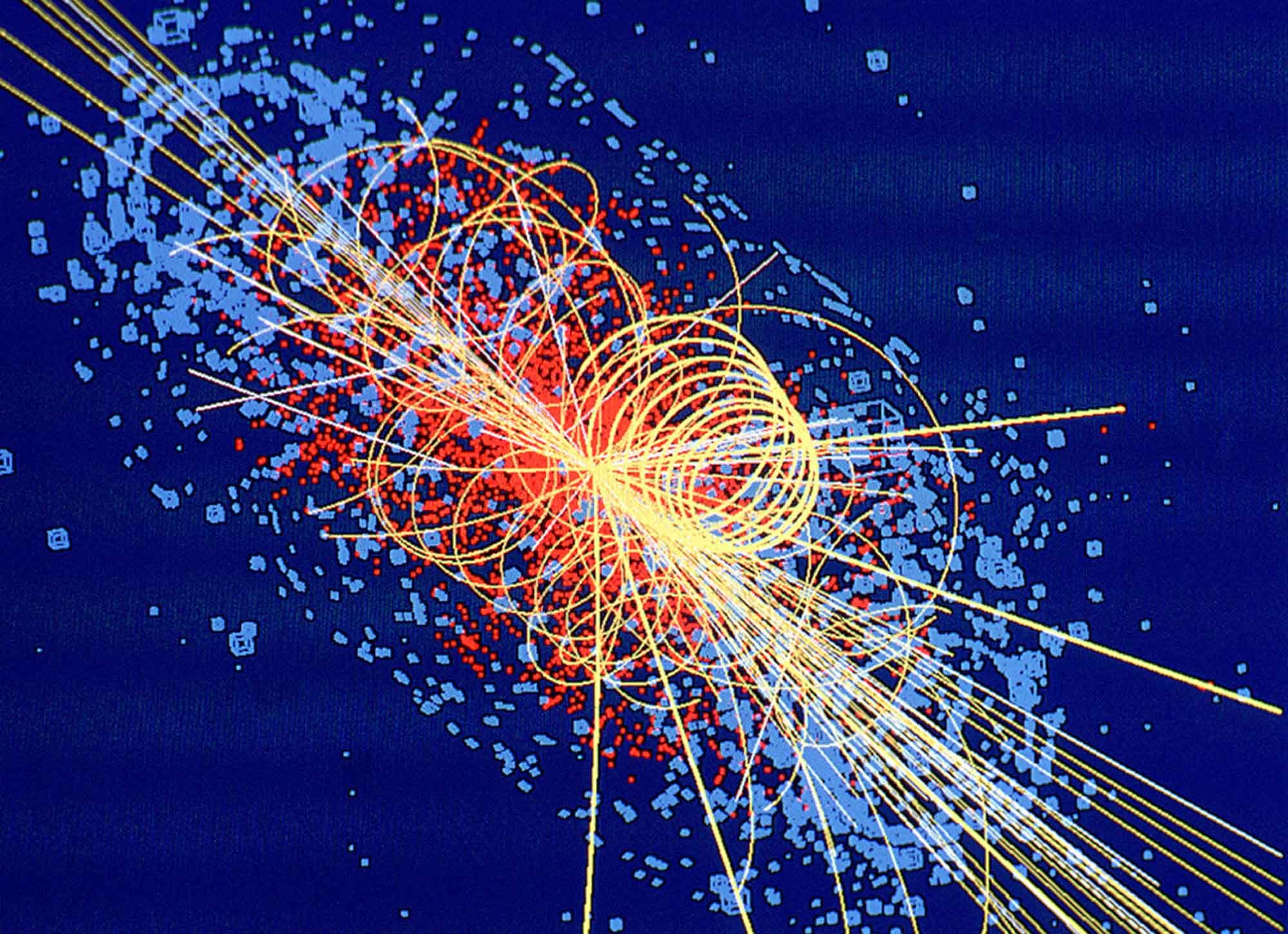 At the point of its discovery, the Higgs Boson particle was one of the last missing pieces of the Standard Model of Particle Physics. In short, it explains why certain particles have mass.

To break this down a bit, Peter Higgs (the physicist that the elusive particle is named after) developed a theory that explained how particles that carry the electromagnetic force and the weak force could have gained different masses as the universe gradually cooled. His suggestion was that particles like protons, neutrons, and quarks gain mass by interacting with an invisible electromagnetic field called a “Higgs field.”

According to the theory, some of the particles are able to cut through the Higgs field without picking up mass, while others get bogged down (similar to pulling a beaded necklace through a tub of honey) and accumulate mass. If true, this “invisible” field should have an associated particle called the Higgs boson—a particle that supervises interactions with other particles and the electromagnetic “Higgs” field.

The Higgs boson is a rather strange particle. It has no spin, no electromagnetic charge, and it also has the ability to self-interact. As was previously noted, the question of the Higgs field's existence was one of the last unverified parts of the Standard Model of particle physics, so when the Higgs boson was discovered in 2012, the world of physics rejoiced.

The particle was discovered by CERN's Large Hadron Collider (LHC). The 27-km (17-mile) science megastructure produced the Higgs boson through proton collisions. The extreme energy that is produced during these collisions mimics the conditions found in our early universe, and of course, these collisions produce more than just Higgs particles. Other particles are generated as well.

China wants to address this issue, and delve deeper into these collisions, by creating its own Circular Electron Positron Collider (CEPC) that is 100 km long (62 miles).

The objective is to create a “factory” for making Higgs bosons with the hope that, if hundreds are produced, it will be possible to find deviations from the Standard Model.

This would, in turn, give theoretical physicists data to develop new hypotheses and theories (and it might even help confirm a few existing ones).

Ultimately they want to do better than CERN by having a CEPC that collides electrons and positrons to create an extremely clean environment that only produces Higgs bosons. The design of the facility will is hoped to be completed by 2018. Work will begin in 2020.

China also intends to recruit physicists from around the world to staff the project. Qinhuangdao, a northern port city near the start of the Great Wall, is the suggested location for the proposed megaproject.