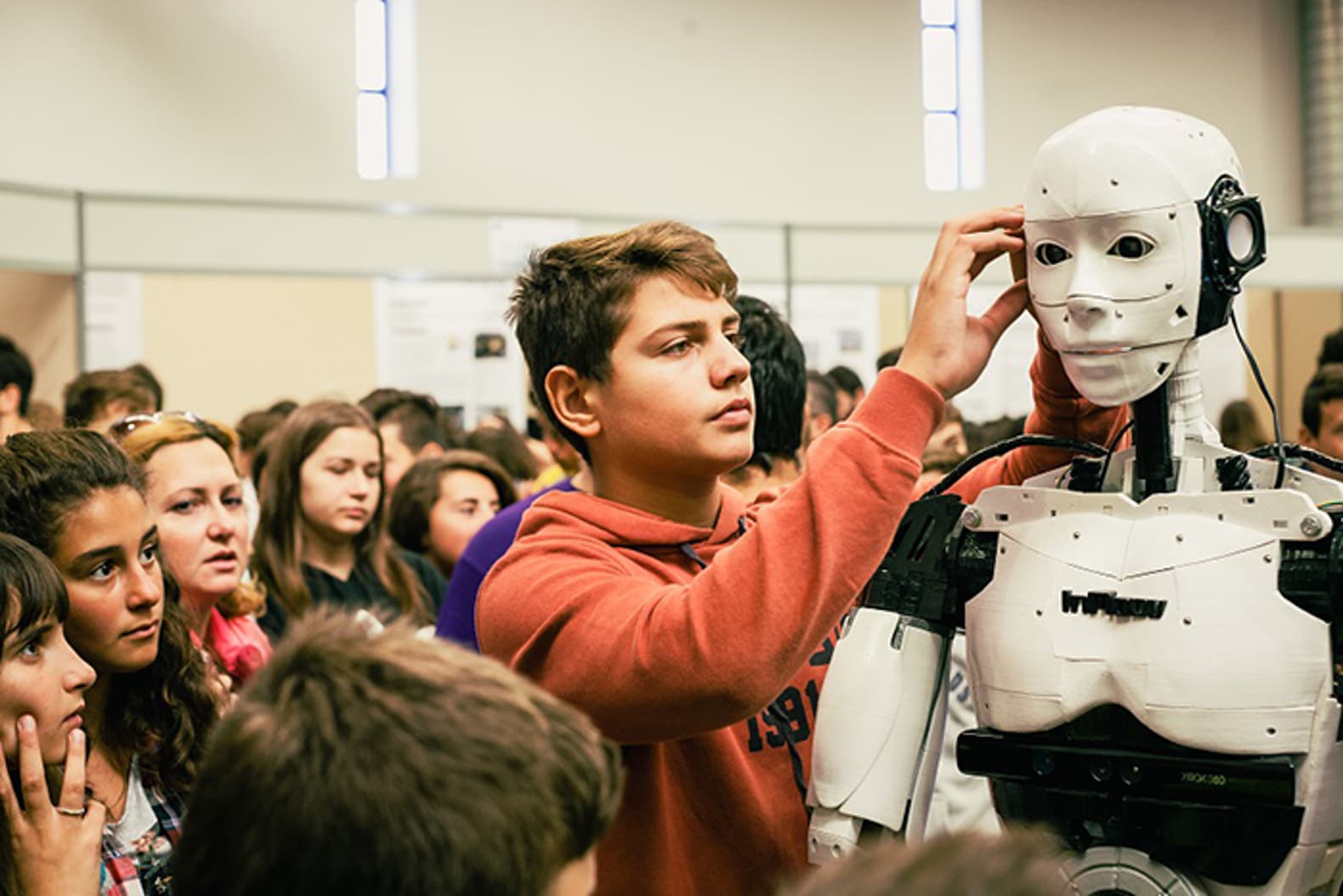 At only 15 years old, Dmitris Hatzis of Kavala, Greece, has become the youngest person to build a 3D-printed, life-size humanoid robot. The achievement took a year and was part of InMoov. InMoov makes available specific designs and sets of instructions for the creation of humanoid robots, and encourages people to 3D print and assemble them themselves.

InMoov is the first open-source 3D printed life-size robot, and was created by Gael Langevin, a French sculptor and designer

Despite the fact that there are a host of instructions, the printing and subsequent assembly is still, of course, a very complicated task. Only six creators, including Langevin, were able to complete the challenge. Of these creators, Hatzis was the youngest.

Ultimately, it took so long for Hatzis to create the robot because it has a staggering 475 parts and needs about a kilometer of ABS plastic. The robot is named “Troopy”.

The members of InMoov communicated with one another regularly in order to share building advice and to assist each other with completing the project successfully. Hatzis notes that he was treated as an equal by his older, more experienced colleagues.

Hatzis' robot is capable of independent eye and head movements, and has five degrees of freedom in each arm. These physical features allow it to mimic human movements. It can also communicate in English. Despite these notable features, InMoov still intends to continue working on the humanoid robot. In a release, Hatzis states, "Every new robot has an improved model of the previous one. This is why the robot hasn’t yet morphed into its final form and maybe never will, constantly being improved and updated."