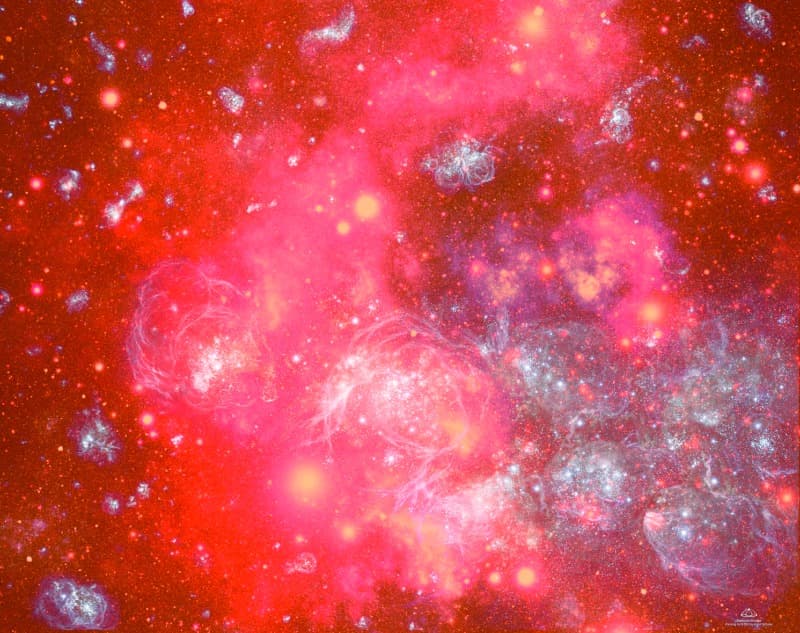 We know three things about the universe with certainty (this is where you brace yourself for epic kernels of wisdom): it is very old, extremely large, and pitch black (save for a few stars here and there). Naturally, it wasn't always so old or large, but did you know that the universe didn't use to be black either?

Back when the universe was young, when the lingering affects of the big bang remained very prominent, it was unrecognizable from its present form. Not only were stars and planets absent, but the forging of atoms—which comprise stars and planets, and all matter—hadn't even begun.

Things eventually simmered down, and the universe finally became conducive for a plethora of things, including the feature known as the Cosmic Microwave Background Radiation (CMB), To this day, it still remains (albeit less spectacularly)—allowing us to look back at the earliest moments after the big bang.

Ultimately, the CMB dominated the early universe, and because of its properties (like its temperature and the wavelengths of light it absorbed), the universe appeared orange for a few million years.

This video explains how and why, along with providing an explanation for its current color (or lack thereof). It's also a great lesson on the electromagnetic spectrum and cosmological redshift.

WATCH: "Space Used to Be Orange!!"