This littleBIGidea competition winner's invention was inspired by the nurses treating her. 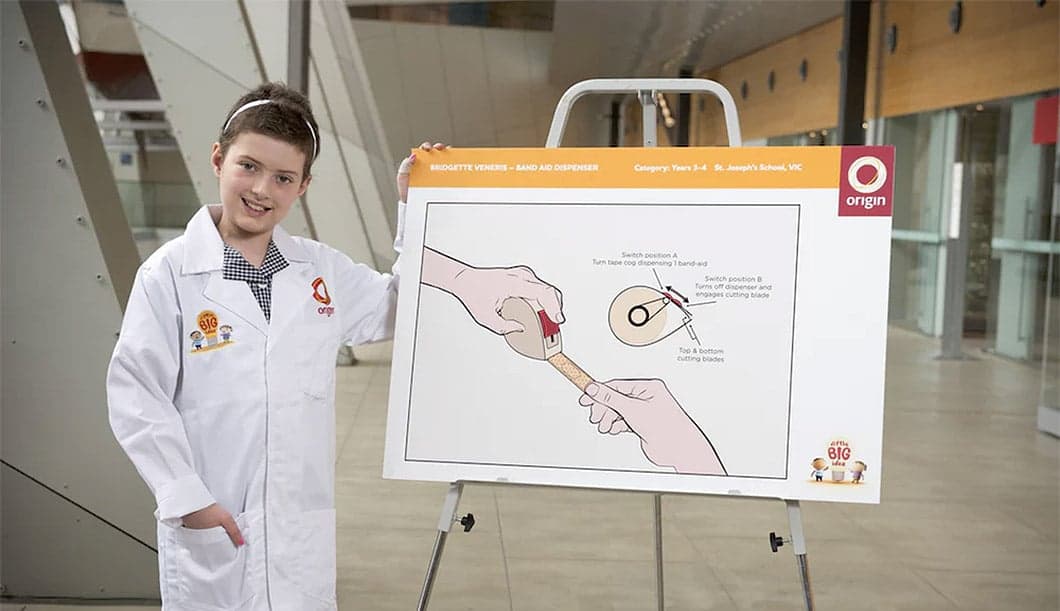 A 10-year-old Australian girl has won a trip to NASA after inventing an easy-to-use bandage dispenser while she was going through chemotherapy.

Bridgette Veneris from Melbourne won the littleBIGidea competition with her simple design for a system that makes it quicker and easier to unpeel sticky bandages and has been named Australia's best young inventor.

"It makes me feel amazing. I never thought I could win the prize," she told ABC News.

Veneris came up with the invention after being diagnosed with leukemia last year.

During her 18 months of chemotherapy, she saw nurses and her parents constantly struggle to unwrap adhesive bandages.

Instead of doing nothing, she decided to come up with a new, sterile system where the bandages roll out, like a high-tech sticky tape dispenser.

After experimenting with several designs, she came up with a prototype, which she displayed at the littleBIGidea competition.

"The casing can close completely to make sure no dirt gets in to the casing and it keeps the Band-Aids completely sterile," said Veneris. "I thought, if no-one is going to do something about it, then this problem is just going to go on forever."

Not only is the new invention easier to use and sterile, it's also better for the environment, seeing as there's less wasted tape.

As part of her prize, Veneris will go on a trip to NASA to tour the facilities and meet some of the engineers who work there.

Hopefully they inspire her to keep on inventing, because we desperately need new ways of looking at old problems in healthcare and science.

Read This Next
From the Dept. of Things to Buy
Review: The "Out of This World Cook Book" Chronicles the Early Meals of the Space Age
Overloaded
Whiny Space Tourists Say They Were Too Busy on the Space Station
The Moonian
Senior NASA Official Fears Getting "Stuck" on the Moon
Space Sick
Space Is Wreaking Havoc on Astronauts' Blood
Slip Sliding Away
NASA's Absurdly Expensive SLS Megarocket Is Broken Again
More on Sci-Fi Visions
From the Dept. of...
Sep 26 on futurism
Amazon Just Announced Its First “Early Access Sale” — Here’s What You Need to Know
From the Dept. of...
Sep 21 on futurism
Save $62 on an Xbox Series X ‘Gears 5’ Bundle
Roid Rage
Sep 21 on neoscope
Steroid Use Linked to a Bunch of Very Bad Brain Problems
READ MORE STORIES ABOUT / Sci-Fi Visions
Keep up.
Subscribe to our daily newsletter to keep in touch with the subjects shaping our future.
+Social+Newsletter
TopicsAbout UsContact Us
Copyright ©, Camden Media Inc All Rights Reserved. See our User Agreement, Privacy Policy and Data Use Policy. The material on this site may not be reproduced, distributed, transmitted, cached or otherwise used, except with prior written permission of Futurism. Articles may contain affiliate links which enable us to share in the revenue of any purchases made.
Fonts by Typekit and Monotype.