Learning new languages could become a lot easier in the future. 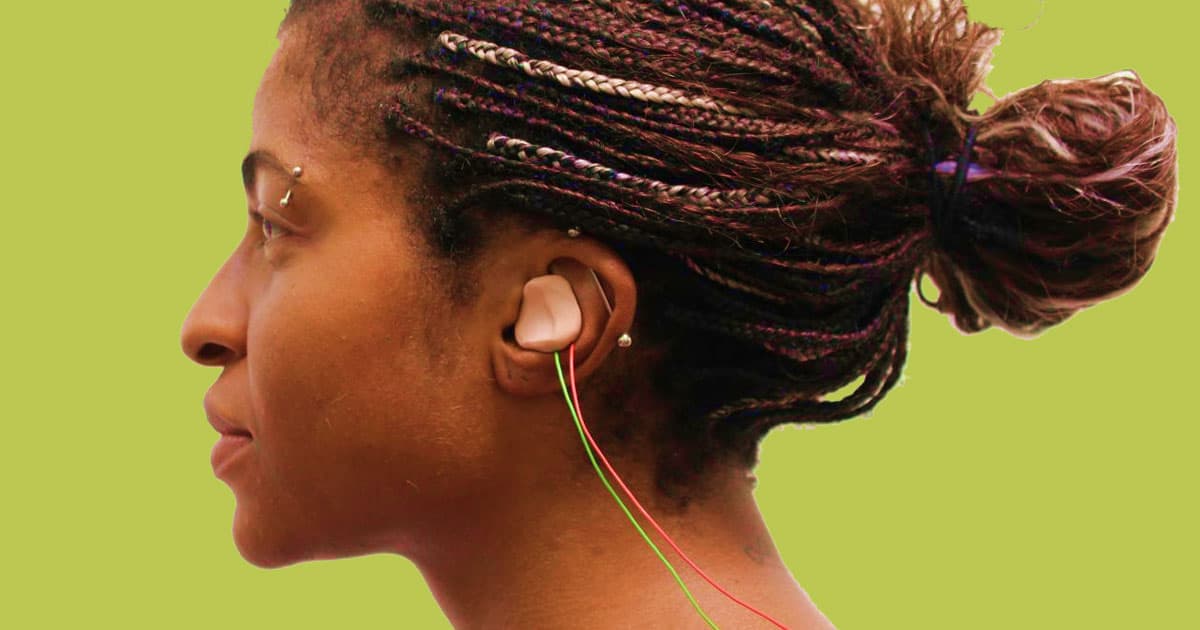 In a new study published in the journal Science of Learning, researchers showed that small amounts of electrical stimulation through specially designed ear pieces improved the adult participants' abilities to recognize foreign language tones — an effect that lasted after the stimulation was halted.

"Humans are excellent perceptual learners," the paper's introduction reads. "Yet, a notable and well-documented exception is the acquisition of non-native speech categories in adulthood."

By stimulating the vagus nerve using the ear pieces, the group was better able to better identify and distinguish between four different Mandarin tones, as Inverse reports.

That's impressive, because differentiating between those four common tones is extremely hard for native English speakers who are not used to tonal languages.

Overall, they saw an improvement of 13 percent in distinguishing an easier-to-tell-apart pair of Mandarin tones when compared to those who didn't receive brain stimulation — although the effect was almost imperceptible more difficult tones.

"Showing that non-invasive peripheral nerve stimulation can make language learning easier potentially opens the door to improving cognitive performance across a wide range of domains," Fernando Llanos, a postdoc researcher at the University of Pittsburg's Sound Brain Lab and lead author on the study, said in a statement.

The same effect could be generalized to learning sound patterns of other languages according to the researchers.

"In general, people tend to get discouraged by how hard language learning can be, but if you could give someone 13 percent to 15 percent better results after their first session, maybe they'd be more likely to want to continue," said Matthew Leonard, an assistant professor of neurological surgery at the University of California, San Francisco and co-author of the study.

The researchers are now investigating if extending the learning sessions with stimulation could enhance the effect for the more-difficult-to-distinguish tones.

Similar brain stimulation of the same area, the vagus nerve, has been used to treat epilepsy in the past and is now the subject of other studies investigating whether it could help treat depression or even inflammatory diseases.

However, these treatments tend to be far more invasive when compared to the non-invasive ear pieces used during this particular study.

"We're showing robust learning effects in a completely non-invasive and safe way, which potentially makes the technology scalable to a broader array of consumer and medical applications, such as rehabilitation after stroke," senior author Bharath Chandrasekaran, professor and vice chair of research at the University of Pittsburgh School of Health and Rehabilitation Sciences, said in the statement.

More on brain stimulation: Elon Musk: Neuralink Will Do Human Brain Implant in “Less Than a Year"

Read This Next
From Our Partners
How To Learn A New Language In As Little As Three Weeks
From Our Partners
10 Highly Rated Language Apps On Sale At Cyber Week Prices
From Our Partners
Start Black Friday Early With Deep Savings On Babbel
From Our Partners
Learn 8 Languages and Enjoy Pre-Black Friday Doorbuster Deals On This Speakly App
From Our Partners
Babbel Introduces a New Way to Learn a Foreign Language: Babbel Live
More on Sci-Fi Visions
What is Happening
Feb 1 on the byte
Elon Musk Sets His Twitter Account to Private
From the Dept. of...
Jan 30 on futurism
The Best Humidifiers of 2023
Human v. Giraffe
Jan 24 on the byte
Chaotic Italian Fashion Line Baffles Facial Recognition Software
READ MORE STORIES ABOUT / Sci-Fi Visions
Keep up.
Subscribe to our daily newsletter to keep in touch with the subjects shaping our future.
+Social+Newsletter
TopicsAbout UsContact Us
Copyright ©, Camden Media Inc All Rights Reserved. See our User Agreement, Privacy Policy and Data Use Policy. The material on this site may not be reproduced, distributed, transmitted, cached or otherwise used, except with prior written permission of Futurism. Articles may contain affiliate links which enable us to share in the revenue of any purchases made.
Fonts by Typekit and Monotype.