"You might call me a bit crazy. A kook. I am! You have to be if you want to change everything." 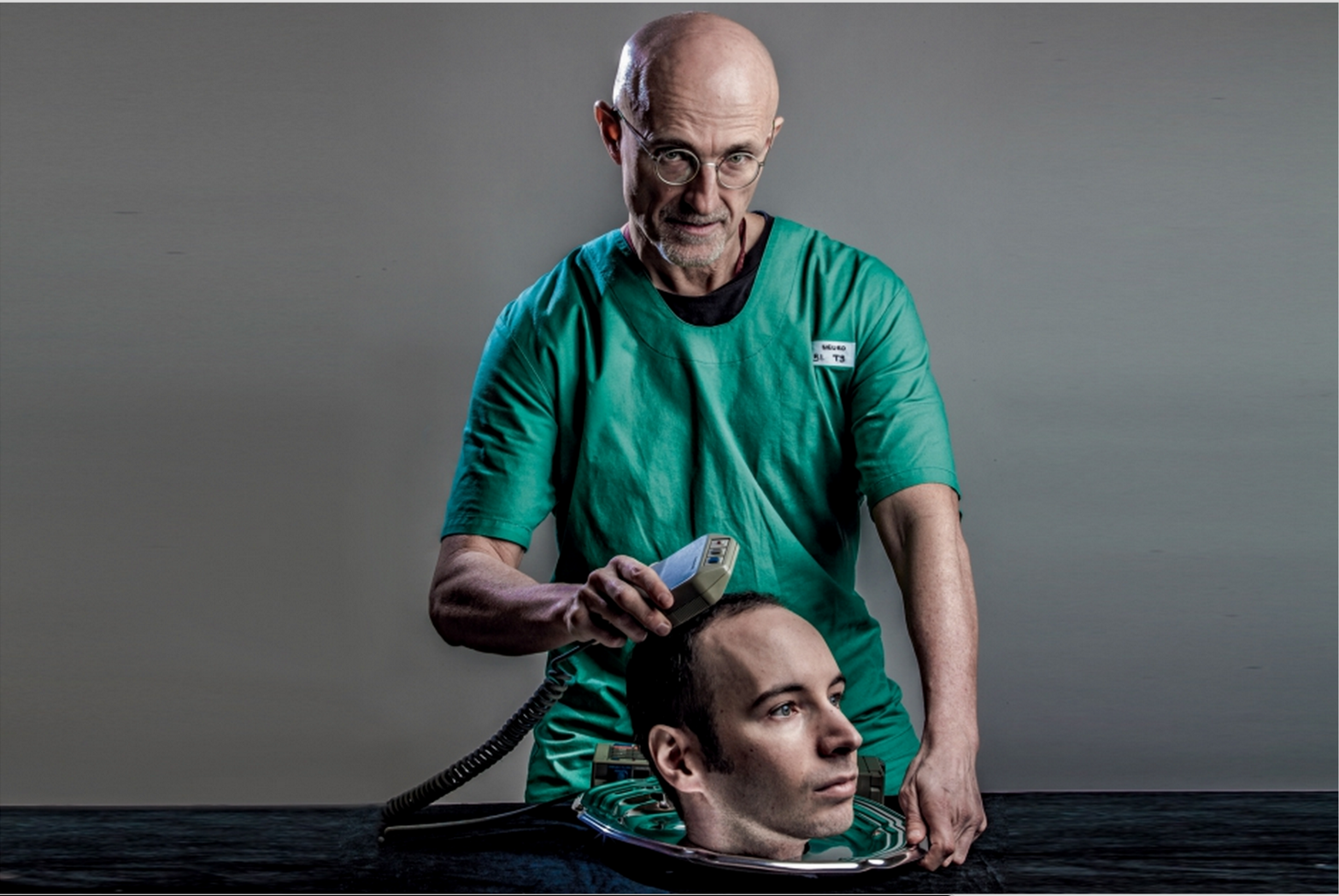 In 2015, Dr. Sergio Canavero created quite a stir (to put it mildly) when he vowed to be the first person to transplant a human head onto a deceased donor’s body. Yes, he is planning on attempting the world's first human head transplant—or body transplant, depending on how you look at it.

In fact, it has been about two years since his initial proclamation, and despite claims from other experts that the work is nothing but a PR Stunt, the Italian neurosurgeon still stands firm on his declaration. Some have even hypothesized it's all just a plot meant to promote Metal Gear Solid.

Notably, the team behind the game fervently deny such claims, and only conjecture supports the hypothesis (the general thrust of the argument is tied to the doctor's uncanny resemblance to one of the game's main characters).

But Canavero stands firm, insisting that the attempt must be made at some point and that he is sincere in his goals.

So, why now? Canavero outlined his rationale in an interview with The Guardian: "Of course there will be ideas that crater. The history of mankind is trial and error. But we have to be dreamers. If you don’t dream, you’re not going anywhere. You might call me a bit crazy. A kook. I am! You have to be if you want to change everything."

Canavero continued by asserting that such daring enterprises are part and parcel of scientific exploration. Society's job, according to him, has always been "to tease apart the kooks from the super-kooks. And maybe you can only know that after the caper."

At the annual meeting of the American Academy of Neurological and Orthopaedic Surgeons in 2015, Canavero tried to recruit US surgeons to join his head transplant team. And now, it seems that he is actually moving forward with this work.

He says he has assembled a group of surgeons from China, South Korea, and Russia. All they are waiting for is approval and, well, money.

His collaborator, Dr Xiaoping Ren of China’s Harbin Medical University, claims that he was able to successfully transplant the head of a monkey onto another monkey in January 2016, but that it had to be euthanized for "ethical reasons" 20 hours afterward. Notably, in this work, the spinal cord wasn't actually attached, which raises significant questions about the viability of such an operation on a human.

Although a lot of attention centered on Russian volunteer Valery Spiridonov, who suffers from a Werdnig-Hoffman disease, Canavero now clarifies that the first patient to undergo the head transplant will be a Chinese patient.

“We're looking at a date around Christmas 2017 to perform the transplant in China. The Chinese team has already experimented on human cadavers to hone the technology," Dr. Canavero revealed.

Many argue (a majority of scientists working in this field, in fact) that a head transplant is currently impossible, despite advancements dealing with spinal cord problems. Recently, we covered how scientists were able to regenerate spinal cord axons, but even that procedure takes a lot of time, and it is a very recent development...one that is probably not a part of Canavero’s plan.

Most say that the surgery will end in death. Others note that it may actually result in something far worse than death, as the difference in brain chemistry could overwhelm the patient and cause a level of insanity never before seen.

In an email correspondence with Futurism, Arthur Caplan, Ph.D., director of medical ethics at NYU Langone Medical Center, stated that insanity would likely result from "novel chemistry flooding the brain, unfamiliar input coming in from the nervous system of the body etc." However, he clarified that death is the far more likely outcome, asserting that "the chance of death is certainly very high, given that animal studies are non-existent."

And though it is easy to sympathize with Spiridonov’s point of view, Caplan had some rather harsh words for Canavero: "This guy has never said what magical agent he has that would heal the spinal cord…Google this guy. He has no real experience or publications in neurosurgery. I think he is, quite simply, a fraud in pursuit of PR."

Canavero calls the procedure the "head anastomosis venture," code-named "HEAVEN." But is it? It may lead to new knowledge and information, but as other experts note, it will likely also lead to the patient's death and (very possibly) no information that we couldn't obtain through working on cadavers.

To this end, Caplan asserts that we would all be better off focusing on real medical advancements, ones that might actually help people, not these sensationalized stories. And oddly enough, I find it next to impossible to disagree with him…

Read This Next
Futurism
Experts Weigh in On the First Human Head Transplant Surgeon: "I Just Don't Think He's Done the Science"
Futurism
World's First Human Head Transplant Edges Closer To (Virtual) Reality
More on Sci-Fi Visions
What is Happening
Yesterday on the byte
Elon Musk Sets His Twitter Account to Private
From the Dept. of...
Monday on futurism
The Best Humidifiers of 2023
Human v. Giraffe
Jan 24 on the byte
Chaotic Italian Fashion Line Baffles Facial Recognition Software
READ MORE STORIES ABOUT / Sci-Fi Visions
Keep up.
Subscribe to our daily newsletter to keep in touch with the subjects shaping our future.
+Social+Newsletter
TopicsAbout UsContact Us
Copyright ©, Camden Media Inc All Rights Reserved. See our User Agreement, Privacy Policy and Data Use Policy. The material on this site may not be reproduced, distributed, transmitted, cached or otherwise used, except with prior written permission of Futurism. Articles may contain affiliate links which enable us to share in the revenue of any purchases made.
Fonts by Typekit and Monotype.