We Don’t Need to Reinvent the Planet; We Need to Rewild It

On a different solution for the planet. 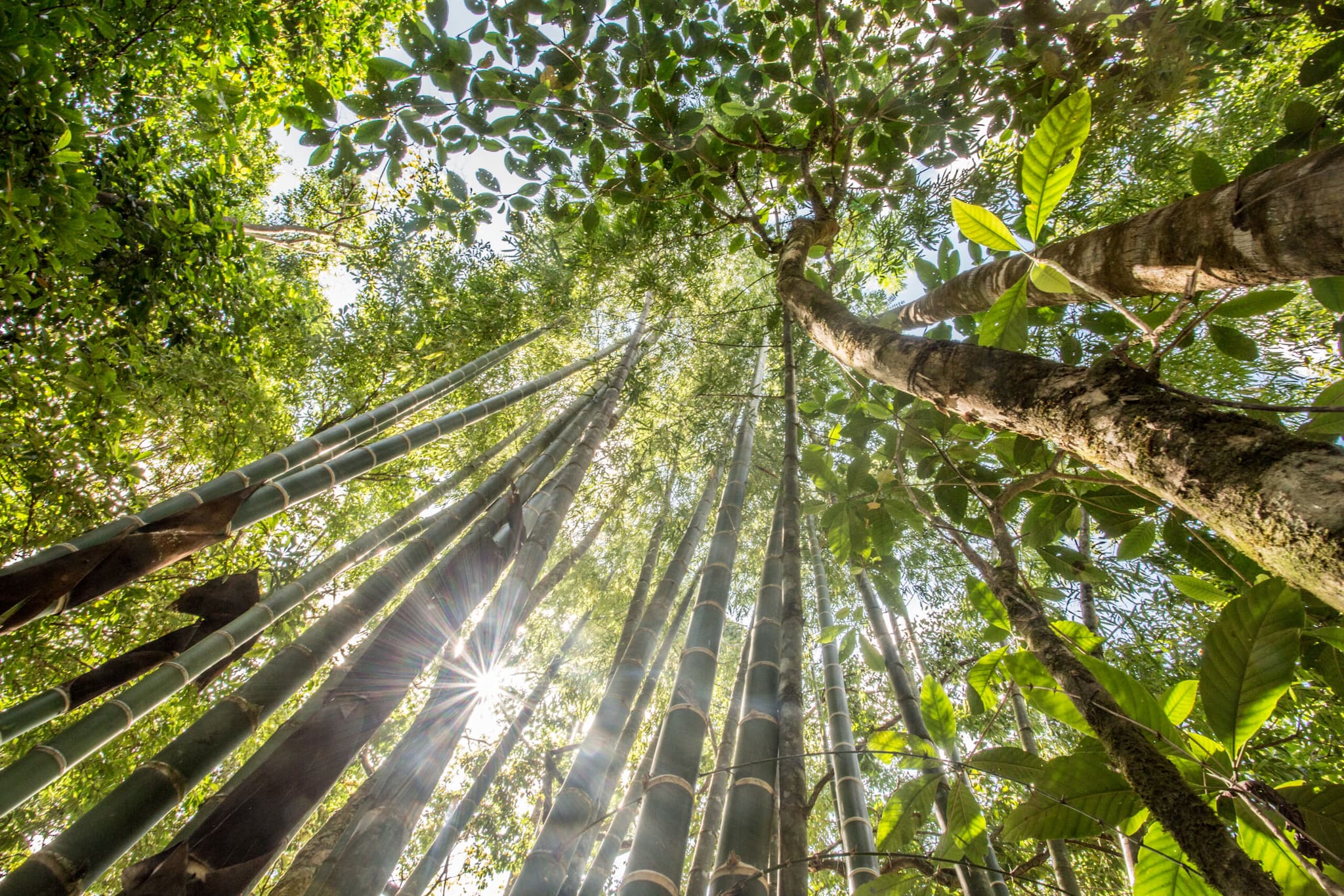 This article was created with Re:wild as part of Recurrent's charitable partnerships initiative, which supports non-profits that champion sustainable solutions for the planetary crises of climate change, pollution, and biodiversity loss.

The solution to our carbon emissions problem isn’t a new technology that sucks carbon from the air. It’s an ancient one—nearly 4 billion years old, in fact. It is the wild.

And sometimes it poops.

Enter the tapir, stage left: the herbivore with a prehensile nose you might not have heard of before. There are only four species of tapir in the world. One of those lives in Southeast Asia; the other three are found throughout South and Central America, where they play an important role in their respective ecosystems as seed-dispersers. Tapirs eat the fruits of trees that are particularly good at sequestering lots of carbon, and then help propagate more of those trees through their excrement as they wander through their rainforest home. It’s pretty straightforward: the seeds are fertilized by the tapir poop, and more trees grow.

What does it mean when we say that a tree is good at sequestering carbon?

“Not all trees are equal when it comes to pulling harmful carbon from the atmosphere,” says Christopher Jordan, Re:wild Latin America director. “ With trees that are large, slow growing, and that have very dense wood, it makes sense that they're the trees that suck up a disproportionately large amount of carbon.”

Carbon sequestration is a natural part of the carbon cycle; the process by which carbon dioxide in the atmosphere is captured and stored—through soil, through rock, through the ocean and through the wild.

There’s no doubt about it: The wild is the most effective solution to the interconnected climate, biodiversity and human well-being crises.

To curb the buildup of carbon dioxide and other greenhouse gasses in the atmosphere, to ensure a liveable future for all people on Earth, we can’t only focus on the trees, but we must protect and restore biodiversity.

What does biodiversity have to do with carbon sequestration?

Enter the spider monkey, the macaw, the forest-floor tortoise species, and the tapir. Many of the trees that are best at capturing carbon also tend to have large fruits and large seeds. So only a few species of wildlife are capable of dispersing them. Many seed-eating species of wildlife, like the agouti and mice or squirrels, will either chew through the fruits and kill the seed or simply not be built biologically to disperse them. This means that driving tapirs and these other species capable of dispersing them out of their natural home would have over-arching consequences on the health of the forest and its ability to sequester carbon over many years.

According to the World Resources Institute, the world’s forests store approximately 861 gigatonnes of carbon, equivalent to nearly a century’s worth of current annual fossil fuel emissions. Tropical rainforests store 50 percent of that. An intact ecosystem—an ecosystem that is ecologically sound—is the sum of all of its individual parts, from the fungi in the soil to the smallest spider, to the toothiest predators.

What role do apex predators play in carbon sequestration?

Enter the shark: the fish with a grin to die for (haha, kidding)—the truth is sharks have a reputation they don’t deserve, and over a third of shark and ray species are at risk of extinction due to overfishing, habitat destruction, and declining prey populations. This is a problem for the sharks themselves, obviously, but it is also a problem for the rest of the living world, because there is no such thing as a healthy ocean without healthy shark populations.

As apex predators, sharks influence the behavior of other species in their respective ecosystems, and also prevent overgrazing of important carbon-sequestration systems like seagrass meadows by preying on species that eat the seagrass. We’re not really into pitting ecosystems against each other (all ecosystems are important for biodiversity and the overall health of the planet), but it’s worth noting that in a race to store the most carbon, seagrass would beat rainforests every time. Seagrass captures carbon 35 times faster, and absorbs 10 percent of the ocean’s carbon annually.

What about the whales?

Carbon is the primary ingredient of all life on Earth. Think about that for a minute, and then picture a whale. Their bodies alone are large carbon stores. When whales die, their bodies sink to the bottom of the ocean where they decompose, and their carbon becomes a part of the deep-sea ecosystem.

In 2010, a scientific study estimated that eight species of baleen whale transfer 33,000 tons of carbon to the ocean floor each year. Whale populations are still recovering after the ban placed on commercial whaling in 1986; according to this same study, if whales ever reach their pre-whaling numbers, the amount of carbon they would sequester would jump from 33,000 tons to 176,000 tons annually.

How does rewilding solve the carbon emissions problem?

"By rewilding, by improving the intactness of ecosystems, and protecting the biodiversity component of the carbon cycle, we improve that ecosystem’s sequestration capacity," says Jordan.

Re:wild and our partners focus on protecting and restoring the wild and all of the biodiversity it harbors, which is a cheaper and more effective mechanism for capturing and storing carbon than any engineering alternatives, with more benefits for ecosystems and communities and fewer downsides. The political will and funding needed is still largely absent, but Re:wild is working to change that. You can be part of the solution.

Read This Next
FROM OUR PARTNERS
12 Best Delta 8 Tinctures & Oils to Try
FROM OUR PARTNERS
20 Best Delta 8 Brands to Buy From
SPONSORED CONTENT
Buy Delta 8 THC Online: Top D8 Companies of 2021
SPONSORED CONTENT
Delta 8 Carts Near Me: Top 15 Brands to Buy From
SPONSORED CONTENT
Delta 8 THC Cartridge: Best Delta 8 Vape Carts for Sale
More on Sponsored Content
READ MORE STORIES ABOUT / Sponsored Content
Keep up.
Subscribe to our daily newsletter to keep in touch with the subjects shaping our future.
+Social+Newsletter
TopicsAbout UsContact Us
Copyright ©, Camden Media Inc All Rights Reserved. See our User Agreement, Privacy Policy and Data Use Policy. The material on this site may not be reproduced, distributed, transmitted, cached or otherwise used, except with prior written permission of Futurism. Articles may contain affiliate links which enable us to share in the revenue of any purchases made.
Fonts by Typekit and Monotype.