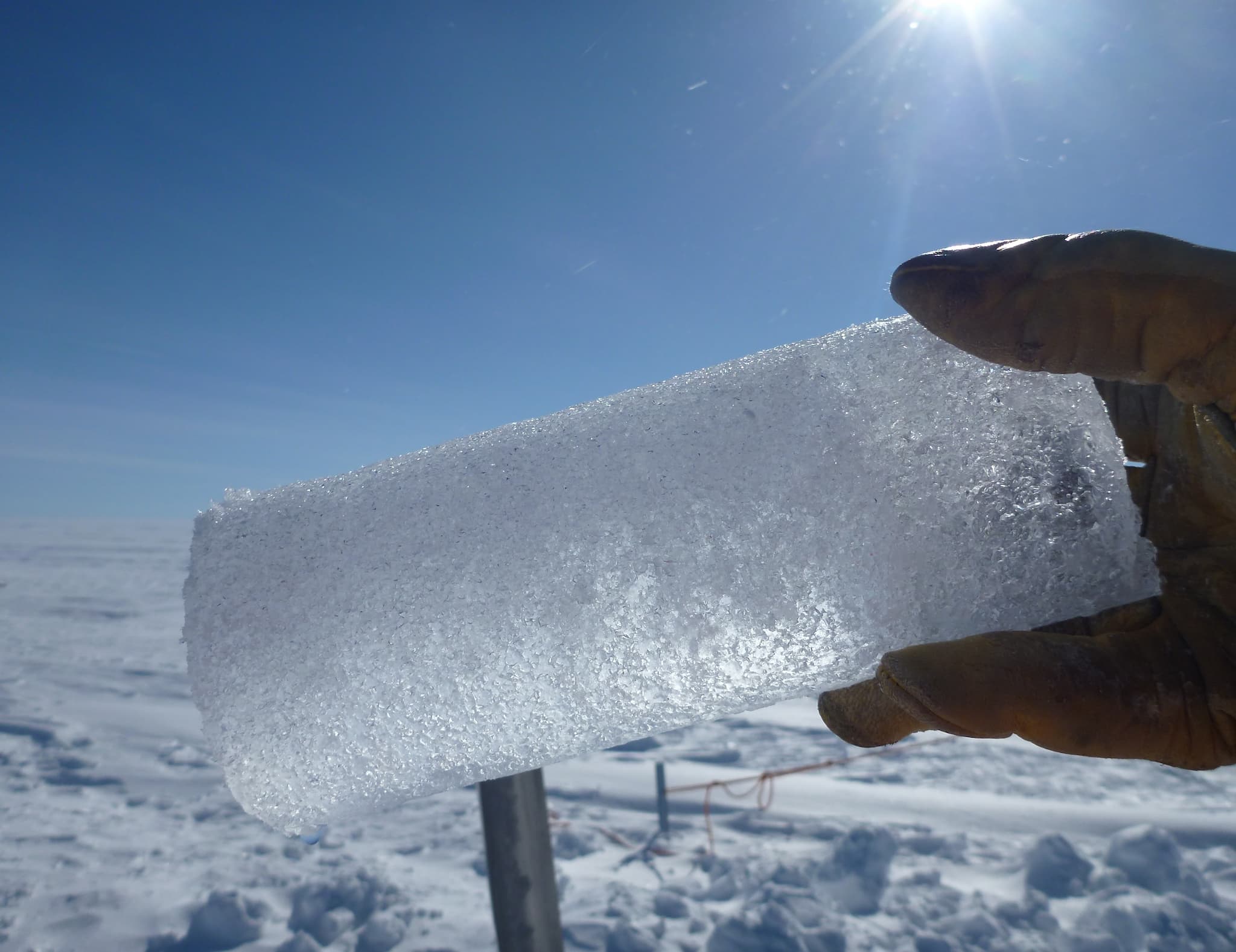 There are those who say the climate has always changed, and that carbon dioxide levels have always fluctuated. That's true. But it's also true that since the industrial revolution, CO₂ levels in the atmosphere have climbed to levels that are unprecedented over hundreds of millennia.

So here’s a short video we made, to put recent climate change and carbon dioxide emissions into the context of the past 800,000 years.

Earth has a natural greenhouse effect, and it is really important. Without it, the average temperature on the surface of the planet would be about -18℃ and human life would not exist. Carbon dioxide (CO₂) is one of the gases in our atmosphere that traps heat and makes the planet habitable.

We have known about the greenhouse effect for well over a century. About 150 years ago, a physicist called John Tyndall used laboratory experiments to demonstrate the greenhouse properties of CO₂ gas. Then, in the late 1800s, the Swedish chemist Svante Arrhenius first calculated the greenhouse effect of CO₂ in our atmosphere and linked it to past ice ages on our planet.

Modern scientists and engineers have explored these links in intricate detail in recent decades, by drilling into the ice sheets that cover Antarctica and Greenland. Thousands of years of snow have compressed into thick slabs of ice. The resulting ice cores can be more than 3km long and extend back a staggering 800,000 years.

Scientists use the chemistry of the water molecules in the ice layers to see how the temperature has varied through the millennia. These ice layers also trap tiny bubbles from the ancient atmosphere, allowing us to measure prehistoric CO₂ levels directly.

The ice cores reveal an incredibly tight connection between temperature and greenhouse gas levels through the ice age cycles, thus proving the concepts put forward by Arrhenius more than a century ago.

In previous warm periods, it was not a CO₂ spike that kickstarted the warming, but small and predictable wobbles in Earth's rotation and orbit around the Sun. CO₂ played a big role as a natural amplifier of the small climate shifts initiated by these wobbles. As the planet began to cool, more CO₂ dissolved into the oceans, reducing the greenhouse effect and causing more cooling. Similarly, CO₂ was released from the oceans to the atmosphere when the planet warmed, driving further warming.

But things are very different this time around. Humans are responsible for adding huge quantities of extra CO₂ to the atmosphere — and fast.

The speed at which CO₂ is rising has no comparison in the recorded past. The fastest natural shifts out of ice ages saw CO₂ levels increase by around 35 parts per million (ppm) in 1,000 years. It might be hard to believe, but humans have emitted the equivalent amount in just the last 17 years.

Before the industrial revolution, the natural level of atmospheric CO₂ during warm interglacials was around 280 ppm. The frigid ice ages, which caused kilometer-thick ice sheets to build up over much of North America and Eurasia, had CO₂ levels of around 180 ppm.

Burning fossil fuels, such as coal, oil and gas, takes ancient carbon that was locked within the Earth and puts it into the atmosphere as CO₂. Since the industrial revolution humans have burned an enormous amount of fossil fuel, causing atmospheric CO₂ and other greenhouse gases to skyrocket.

The massive blast of CO₂ is causing the climate to warm rapidly. The last IPCC report concluded that by the end of this century we will get to more than 4℃ above pre-industrial levels (1850-99) if we continue on a high-emissions pathway.

If we work towards the goals of the Paris Agreement, by rapidly curbing our CO₂ emissions and developing new technologies to remove excess CO₂ from the atmosphere, then we stand a chance of limiting warming to around 2℃.

The fundamental science is very well understood. The evidence that climate change is happening is abundant and clear. The difficult part is: what do we do next? More than ever, we need strong, cooperative, and accountable leadership from politicians of all nations. Only then will we avoid the worst of climate change and adapt to the impacts we can’t halt.