Do You Want To Own the World's Smallest Camera-Equipped Drone? 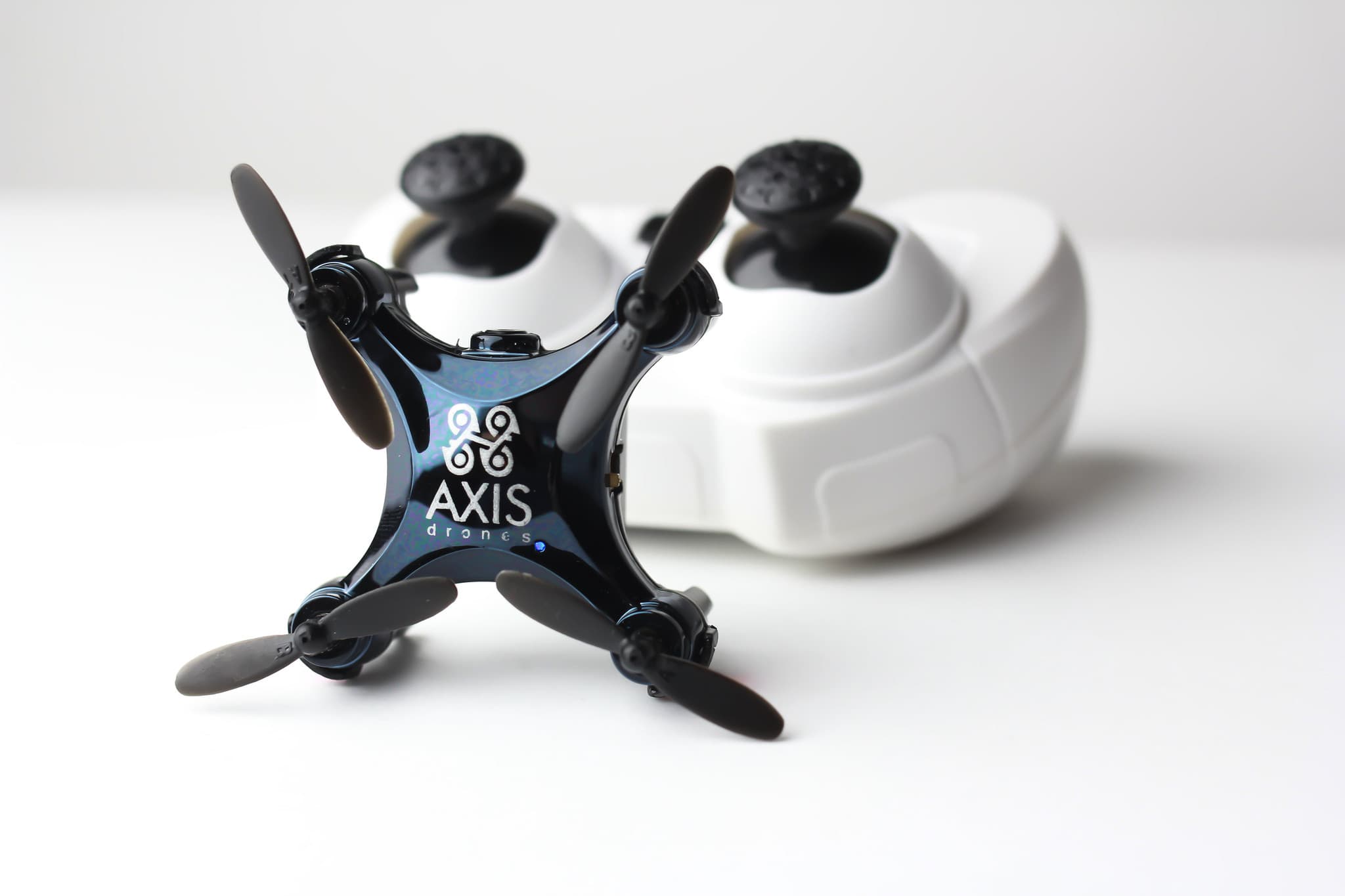 Meet the Axis Vidius, a quadcopter no more than the size of your palm. It is only 3.8 cm (1.5 inches) square; however, it is capable of live streaming and recording video in 420p. To date, this tiny device is recognized as the smallest camera-equipped drone. In fact, it is so very tiny that it doesn’t even have to be registered with the Federal Aviation Administration (FAA), since it weighs less than 9 ounces (.55 pounds).

Take a moment to see another amazingly tiny Axis drone in action in the video below, and then get an overview of the newest development:

Back in December, the FAA announced and launched its online drone-registration program where it required all pilots (and even the most leisurely hobbyist) to register their robots by the end of February.

It costs $5 per registration, which the organization is waiving until January 20, 2016. All information in the registry will be made public and in just two days, the FAA managed to collected 45,000 registrations.

That said, the Axis Vidius’ size makes it exempt from federal paperwork. But while owners can freely enjoy flying the little device, note that the tech will also have its limitations, given its size. As pilots stream live video feed using WiFi, the Vidius only has a flight time of about five to seven minutes on a 20 minute USB charge.

So I wouldn't plan on sending this little guy over a mountain to catch remote scenic views or (even worse) over any large body of water.

Right now, the device has a 2.4gHz controller, with users are able to use to pilot the device using a smartphone or tablet, and it is is available for pre-order at $75 with regular pricing set to hit $95.

Read This Next
Deepfaked Neighbors
Trashy TV Prank Show Deepfakes Celebrities Into Jackass-Style Situations
I Have a Dream of Mass Layoffs
ChatGPT Shamelessly Writes Letter Announcing Layoffs While Promoting Execs and Quoting MLK
Bot My Fault
News Site Admits AI Journalist Plagiarized and Made Stuff Up, Announces Plans to Continue Publishing Its Work Anyway
Unforgettable
Guy "Outsources" His Own Memory to AI
Botulism Toxin
CNET's AI Journalist Appears to Have Committed Extensive Plagiarism
More on Artificial Intelligence
AI Asshole
Yesterday on the byte
BuzzFeed Columnist Tells CEO to "Get F*cked" for Move to AI Content
Bad Bots
Yesterday on the byte
Oxford Scientists Warn AI Could Be More Deadly Than Nuclear Weapons
Once a Cheat
Yesterday on the byte
89 Percent of College Students Admit to Using ChatGPT for Homework, Study Claims
READ MORE STORIES ABOUT / Artificial Intelligence
Keep up.
Subscribe to our daily newsletter to keep in touch with the subjects shaping our future.
+Social+Newsletter
TopicsAbout UsContact Us
Copyright ©, Camden Media Inc All Rights Reserved. See our User Agreement, Privacy Policy and Data Use Policy. The material on this site may not be reproduced, distributed, transmitted, cached or otherwise used, except with prior written permission of Futurism. Articles may contain affiliate links which enable us to share in the revenue of any purchases made.
Fonts by Typekit and Monotype.