The creative interface that gives you tactile control of your digital world. 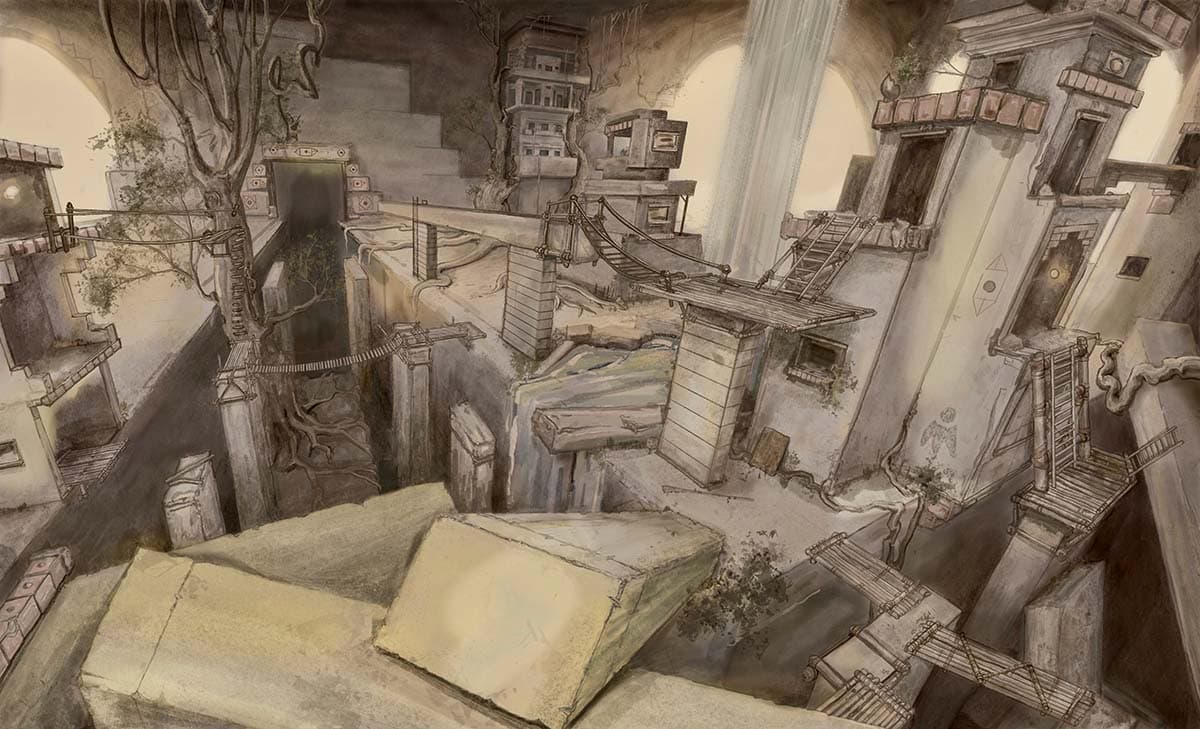 For decades, Wacom has been the digital drawing tablet. Building pen tablets known for quality and longevity, the company is an undisputed darling of digital artists. The Wacom tablet hooks up to your computer, replacing your  mouse with a responsive stylus: a pen that opens up an intuitive virtual realm for digital art. Chances are there’s one in any professional digital artist’s studio, whether they work in graphic design, illustration, CAD drafting, 3D game design, or special effects.

For this review, I used my experience garnered from years of digital illustration and design. I spent a few weeks with a Cintiq Pro 16, which I paired with my Asus Zenbook 15. I used the Cintiq with Adobe Photoshop and Fresco primarily. I also compared the tablet to my iPad Air (3rd Gen) and Microsoft Surface Pro 7.

What is a Wacom Tablet?

This pen tablet synthesizes a tool kit that Wacom has perfected over its years of activity. Founded in 1983, Wacom was designing tablets a decade before Brian Eno composed the Windows 95 startup theme. For another point of reference, it wasn’t until 1984 that 32-bit images came to PC. That means Wacom was founded in the era of Super Nintendo graphics.

It’s actually been well over a hundred years now since the word “tablet” etymologically leveled up from referring to stacks of paper or relics of the ancient world to signifying something as futuristic as an electronic writing device. A patent for an electronic handwriting recorder was filed in the United States all the way back in 1888. However, it wasn’t until Apple’s 2010 release of the iPad that “tablets” really became ubiquitous in computing. Apple was the first company to release a digital drawing tablet, with their 1979 Apple Graphics Tablet, but it would be another 36 years before Apple’s iPad Pro was released  and presented any true competition. Meanwhile, Wacom has been releasing successful cordless pen tablets since the mid 1980s.

Wacom does it right. Their screen-less pads offer great control that attaches to your computer via USB or Bluetooth. The Cintiq Pro elevates this functionality with a truly beautiful screen display that syncs right in with your computer, to make a deeply integrated digital art workstation that ends up delivering more control than you can get with an iPad Pro, especially for Windows users.

Design of the Cintiq Pro 16

The Cintiq Pro 16 is downright impressive. With a screen size slightly larger than most laptops’, the Cintiq 16 Pro is generously sized, even though it’s the smallest Pro model on the market. It comes in sleek matte black with no buttons on the top face. The Cintiq Pro has four buttons concealed beneath the rear left and right that can be assigned to different functions. It also has a touch on/off switch on the top left side, and a power button on the top right. The donut-shaped pen holder had me wondering where its charger port was, before I realized that it didn’t need one.

The pen is the most impressive stylus I’ve held. With two buttons, a drawing nib, and an eraser, the Cintiq Pro 16 does more than what I was accustomed to. A digital 3D sculpting variant is also available as an accessory.

This pen was more than capable of anything I needed. While using Fresco, Adobe’s answer to Procreate, I was awed at the control I had. Bearing down on the tip, the pen produced that fine sharp line you get from the point of a well-sharpened HB drawing pencil, then scrubbing at a 40-degree angle, the stroke widened into a perfect simulation of a soft 6B shader. Wacom brags about its pen’s tilt and pressure tracking, and I can’t fault them, they really are incredible. I also loved how the pen’s eraser had me naturally flipping it around to erase, just as I would a real pencil. Finally, the pen’s two assignable buttons offer customizable access to right clicks and menus that I imagine becoming a useful addition to my workflow. All in all, it’s a lighter, more agile pencil than the Apple Pencil I’m used to.

The pen also has another trick up its sleeve. The Cintiq uses patented EMR technology. It creates an electromagnetic field that extends five millimeters up from the textured glass surface. In practice this means that it tracks the tip of my pen from just under an inch away from the screen. The really cool thing however, is that this electromagnetic field passes electricity through it. This means this nimble pen also works without batteries.

Having used my iPad Air for two years or so, I can't tell you the amount of times I've gotten the itch to start a drawing and realized that my pen, iPad, or both need to be charged. Not so here. When the device is on, the pen is on.

There’s really something magical about this EMR tech. It’s a moment of perfect design that feels like a deeper use of wireless charging than Apple’s MagSafe wireless charging gear. There’s no novelty or fluff here, just great design. This tool gives you an electromagnetic sandbox of pixels and a stylus with complete control, what you do with it is up to you.

Getting Into the Creative Flow

Plugging the Cintiq Pro 16 into my computer requires a USB-C cable and an HDMI cable. However, it draws power from a separate cable than the USB-C. Altogether I needed to plug the device into all three cables to get signal and functionality. It’s a lot of cables.

Getting started in Photoshop I immediately went to customize the rear buttons and touch commands. In Photoshop, the touch commands were in turn unresponsive and then slightly jumpy. I was surprised. Holding the pen between my thumb and pointer finger, I wanted a tap undo that I could easily trigger with my middle and index finger. Instead, a three-finger tap undo was the best the device gave me. I found myself tapping repeatedly before the machine would recognize my command, sometimes having to set the pen down to tap with my pointer, middle, and index for the three finger tap to register, as it seemed to have trouble recognizing my middle, index, and pinkie. When I went slow it worked, but it wasn’t quite the responsiveness I hoped for.

In Fresco, however, this problem was gone. Fresco is great for painting and has the two-finger tap undo built in natively. Problem solved right? Except it’s not… For any artist going back and forth between Adobe software, incompatible touch commands from one program to the next is a bit of an oversight. For all day use in multiple Adobe software packages, I would need to reprogram “touch undo” across the whole suite and retrain my muscle memory. It’s too bad that such an expensive device doesn’t offer more responsive two-finger gesture recognition natively. I don’t like having to tap three times to undo a stroke.

A Note About Pen Lag

Wacom boasts that the Cintiq Pro has near zero latency, but I do have to note that in practice this might depend on the quality of your processor and the connection port your computer has.

The Cintiq attaches to my laptop with a USB-C cable through my USB 3.2 gen 2 type-C slot, which should provide 10 gbps transfer speeds. I have a middling processor, an Intel i7 processor with 16gb of RAM and an NVIDIA® GeForce® GTX 1650 Max Q. To put that into perspective, a Thunderbolt port on a 2021 / 2022 Macbook Pro offers four times the transfer speeds that my USB-C has, coupled with a more powerful processor. Many contemporary Windows computers also offer a 20 gbps USB-C.

I get more lag when making a mark with this device than I do with my iPad Air or Surface (slightly more than 2X). This lag is almost definitely the fault of my laptop. Still, my Zenbook has always run very large projects in Photoshop in 4K with very little issue, which means that for those of us who don’t have computing juggernauts, there may be noticeably more lag with this tablet than there would be on an all-in-one drawing tablet, such as an iPad Pro or Surface.

That said, the lag is still minimal enough that it’s not a major issue. Drawing in Fresco, I forgot all about the issue. I notice it if I look for it (especially when moving quickly) but it’s never enough to inhibit me.

The Cintiq’s display is magnificent. It's a low-gloss glass pane that's comfortable to draw on. The colors are noticeably vibrant. Compared to my Zenbook, the green on the Spotify logo on my dash immediately pops with a more phthalo-green-inflected hue, while the pinks in the Creative Cloud icon pop with a pink that looks far too exotically Willy Wonka for my laptop to replicate.

What this means is that Adobe RGB is well suited for CMYK printing for paper projects, and more accurately displays a band of cyan-inflected hues than the other color spaces. DCI-P3 meanwhile does a better job at the red corner of the spectrum. This means the Cintiq Pro has decently better print color accuracy than a Macbook Pro for CMYK (though it does slightly less well with RAW photos), and will display better vibrance in the greens. If you’re using a gaming PC or something in the 80 percent or 90 percent range of sRGB, this device will be leagues more colorful.

The screen is also impressive for its resolution and brightness. It has a 4K resolution, meaning it’s really pixel rich (strong feature for a pixel manipulator). Its brightness is rated at 300 nits. That brightness and resolution paired with the anti-glare glass means that I can see everything on the screen clearly, even in direct sunlight.

Who Should Buy the Cintiq Pro?

The Cintiq Pro is a powerhouse digital drawing tablet that gives you total control over your digital art station. With one of the best digital pens I’ve ever used, paired with an absolutely color rich 4K display, the Cintiq Pro is a pro-level addition to the Wacom armada.

The issues I found with the device's multi-touch responsiveness have workarounds in the programmable buttons. The slight latency issue I noticed on my 10 gbps connection is mild enough to generally be a non-issue, and should go away entirely on a faster computer.

All in all, I think this is an excellent machine. While I don’t think it decisively beats out an iPad Pro in how well it draws, it’s undeniably more useful for professional artists who use their computer for most of their work. Unlike an iPad Pro or Surface, the Cintiq Pro doesn’t try to be everything. Instead, it’s a precisely engineered tool that expands your creative control over any graphics software you run on your PC or Mac. For PC users the Cintiq is especially useful, as it eliminates the need to constantly transfer and convert files. But any Mac user who prefers the organization, power, and control they get from their computer rather than an iPad will benefit as well.

This is a good buy for any pro level digital artist who uses their computer as the locus of their workstation and can afford the steep price point. It’s a Wacom that’s updated with all the technological trappings of now, and it shows. It’s one of those rare pieces of technology that actually feels like magic.