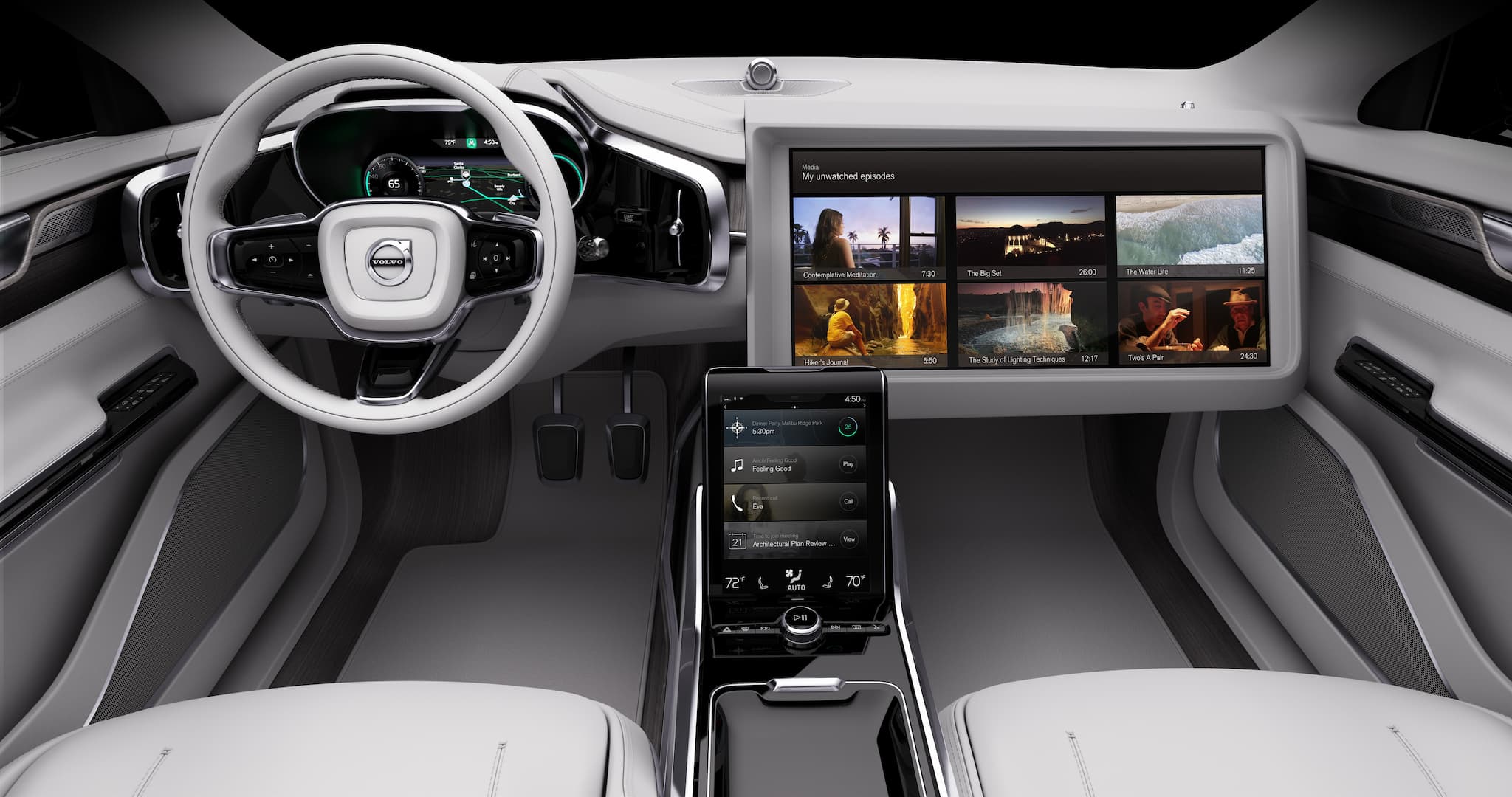 Volvo just released photos and details of the Concept 26, a self-driving sedan that will litter the roads of Gothenburg, Sweden in 2017. About 100 of the cars will take part in Volvo's ambitious project, which will be the first on-road, mass trial of an autonomous vehicle.

The company's concept vehicle is named to reflect the average daily commute to work of 26 minutes. It features a new bucket-style seat design that actively cradles the driver during the transformation phase into one of the three modes: Drive, Create, or Relax. With the Concept 26, when a driver engages full autonomous mode, the steering wheel retracts and the seat reclines. A large screen display also emerges from the dashboard allowing the driver to ignore the road and do other tasks.

Volvo is the first to tackle head-on the controversial issue of liability, which arose in the midst of numerous car manufacturers now bent on coming out with their self-driving vehicles. The question is, who will be responsible when an autonomous vehicle causes an accident?

Peter Mertens, senior vice president of R&D at Volvo says: "Volvo Cars is among the first to address the subject of self-driving cars and liability. We firmly believe that car makers should take full responsibility for the actions of the car when it is driving in full autonomous mode." He adds: "If a manufacturer does not accept liability, it clearly implies that they are not confident about their autonomous drive technology."

See some images of the design below.

Read This Next
Futurism
Google and Ford Just Formed A Lobby Group for Driverless Cars
Futurism
Volvo To Send a Fleet of Autonomous Cars to China for Testing
Futurism
Volvo will take full responsibility for accidents caused by driverless cars
More on Artificial Intelligence
Not a Scientist, ...
Yesterday on the byte
Largest Publisher of Scientific Journals Slaps Down on Scientists Listing ChatGPT as Coauthor
ChatGPA
Yesterday on the byte
Mom Encourages Teen to Turn in Essay Generated With ChatGPT
AI Asshole
Jan 27 on the byte
BuzzFeed Columnist Tells CEO to "Get F*cked" for Move to AI Content
READ MORE STORIES ABOUT / Artificial Intelligence
Keep up.
Subscribe to our daily newsletter to keep in touch with the subjects shaping our future.
+Social+Newsletter
TopicsAbout UsContact Us
Copyright ©, Camden Media Inc All Rights Reserved. See our User Agreement, Privacy Policy and Data Use Policy. The material on this site may not be reproduced, distributed, transmitted, cached or otherwise used, except with prior written permission of Futurism. Articles may contain affiliate links which enable us to share in the revenue of any purchases made.
Fonts by Typekit and Monotype.