Unmanned helicopters will be used to fight wildfires 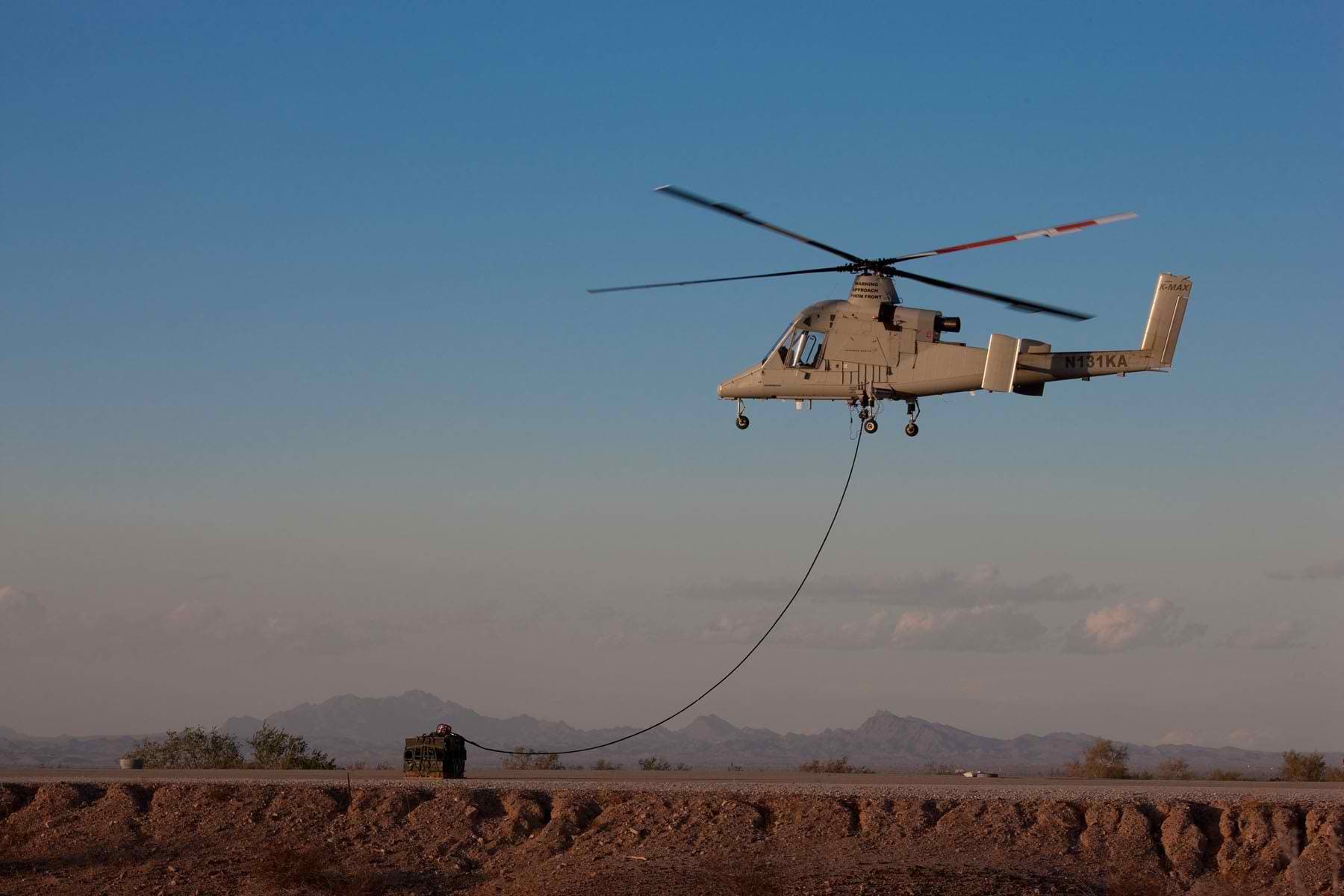 In an effort to find a safer and more efficient way of fighting wildland fires, federal officials have launched the Lockheed Martin K-MAX, an unmanned helicopter that's battle-tested and equipped with advanced sensor technology. It's high tech sensors enable the K-MAX to fly at night and in smoky conditions that might too dangerous for a manned helicopter. Even when communication on ground is cut off, the K-MAX can still complete a task. It communicates in three ways; using line of sight and two satellite links. The K-MAX can also be remote-controlled, but it can also fly autonomously after its been given proper instruction. The pilotless helicopters might be rolled out as early as Summer 2016.

Officials say that with these features, the K-MAX can be of service 24/7 and fight wildfires at any time. The unmanned helicopter concept has already been battle-tested, as it has been used in Afghanistan to move supplies for the troops so that they would be safe from the possible dangers of improvised bombs on the road. In this instance, K-MAX ensures safety for the on-ground staff as well as the communities who are near these wildfires. The helicopter is also low maintenance and considered inexpensive to use at $1,400 an hour.

Read This Next
Fire Wall
How Machine Learning Could Help California Fight Wildfires
Futurism
Geofencing Software Update Protects Drones From Wildfires
More on Artificial Intelligence
Faking Face
Yesterday on futurism
Twitter Is "Verifying" Accounts With AI-Generated Faces
Zombie Stage
Yesterday on futurism
CNET Sister Site Restarts AI Articles, Immediately Publishes Idiotic Error
Series of Un4Chan...
Yesterday on futurism
Startup Shocked When 4Chan Immediately Abuses Its Voice-Cloning AI
READ MORE STORIES ABOUT / Artificial Intelligence
Keep up.
Subscribe to our daily newsletter to keep in touch with the subjects shaping our future.
+Social+Newsletter
TopicsAbout UsContact Us
Copyright ©, Camden Media Inc All Rights Reserved. See our User Agreement, Privacy Policy and Data Use Policy. The material on this site may not be reproduced, distributed, transmitted, cached or otherwise used, except with prior written permission of Futurism. Articles may contain affiliate links which enable us to share in the revenue of any purchases made.
Fonts by Typekit and Monotype.