This System Converts Our Trash Into Fuel and Reduces Greenhouse Gases 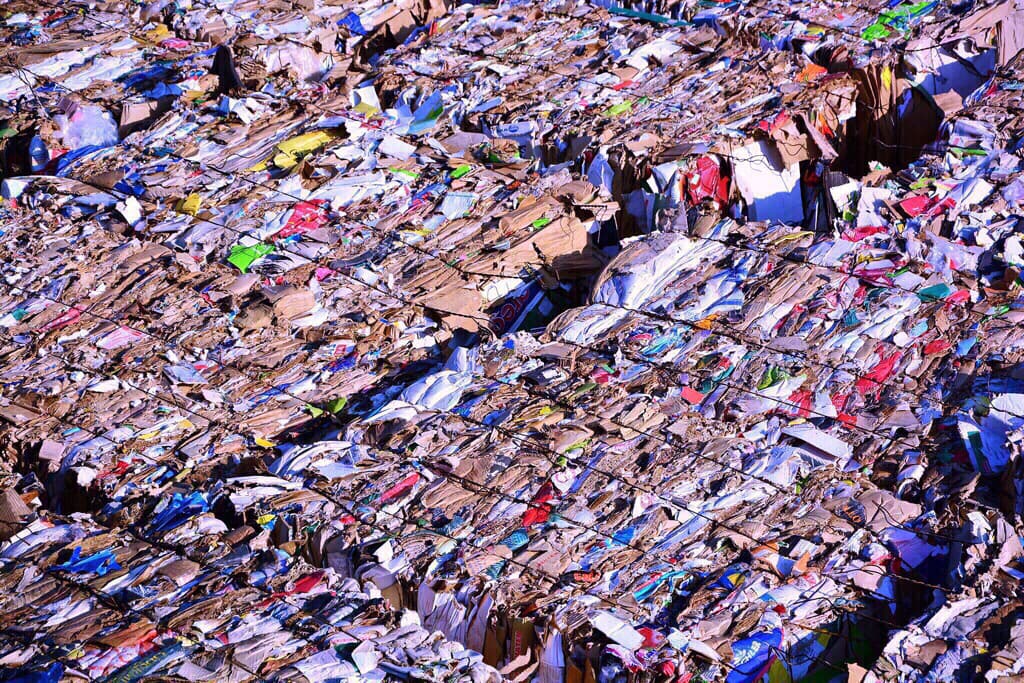 The need for a waste management solution has never been more pressing. The statistics surrounding our trash are staggering: people are buying plastic bottles at a rate of one million per minute. By 2050, it’s estimated the ocean will contain more plastic, by weight, than fish. And while efforts to reduce, reuse, and recycle might be making a dent in those numbers, a whopping 91 percent of plastic still isn’t recycled. Trash in landfills is poisoning our air, and junk in our oceans is killing our marine life.

Figuring out a sustainable solution to our trash issue isn't a simple task. But Synova, a U.S.-based company with technology and sales offices in Europe and Asia is tackling the problem head-on – they're turning trash into energy or green chemicals. The innovative approach both solves the problem of waste management and meets our growing need for cleaner power and chemicals.

Converting waste to energy isn't a new idea. The concept behind the solution is simple: strip the waste down to its chemical components and turn it into a fuel to meet our growing demand for power. In theory, the process would reduce landfill volume and create a clean, and far more climate-friendly, fuel than oil, gas, or coal.

The problem with traditional waste-to-energy solutions is that the seemingly simple concept isn’t so simple in execution. Even the methods with the best of intentions come with costly, inefficient, and toxic consequences. Directly burning waste to make steam power or heat (incineration) can release harmful pollutants, carbon dioxide, and toxic ash into that thin air – often at prices that make it a risky and cost prohibitive investment.  Another technique uses a gasifier to create a synthesis gas out of waste. That process creates tars, and conventional treatments that minimize tar production are often ineffective or costly –overall not materially different from incineration. Nailing the combo of a clean and cost-effective waste-to-energy solution seemed just out of reach.

That’s when Synova stepped in. The company took a hard look at gasifiers around the planet and attempted to create a more affordable and efficient solution. They came up with MILENA-OLGA, a system that uses four steps to convert waste into fuel and reduce greenhouse gases in the process.

First, the waste is lightly processed: water, sand, metals, or recyclables are removed from waste to produce a feedstock. Next, this feedstock is gasified in the MILENA gasifier, creating a dense synthetic gas. Then, that gas is cleaned in the OLGA system, removing contaminants including tar. Finally, that clean gas can be used to produce power via an engine or gas turbine to create electricity, both of which are far more efficient than a boiler at any given scale. Removing impurities before use allows the gas to be used in many other ways. Units to synthesize natural gas or harvest renewable plastic feedstocks or fuels are also demonstrated and will soon be commercially available.

The system combines technologies that Synova worked to innovate, rather than outright invent. The OLGA part of the system was developed over decades by a team at the Energy Research Center of the Netherlands (ECN), formerly led by Bram van der Drift, now Synova’s Chief Technology Officer.

“It’s the result of carefully looking at what happened on tar removal around the globe, looking at the steel industry where tar removal has been done for ages already, and thinking again from the very basics up,” van der Drift told Futurism.

Unlike most who have historically started with a gasifier and then tried to figure out a way to mitigate tars, the team focused first on creating OLGA, a way of cleaning gas in order to rid it of tar. Where most gasifier developers had tried to come up with technologies that gasified solids while minimizing tars, ECN worked on a cost-effective and efficient way to remove the tar after it had been created.

Upon realizing the potential with OLGA, the team developed a gasification model based on working with tar rather than against it. Thanks to OLGA, Synova had the freedom to work on an efficient, step-by-step technique that treated waste without having to worry about producing tar. And because OLGA also removes other impurities, such as dioxins and fine particulates, the end result is a synthetic gas far cleaner than traditional systems.

“Synova couldn’t have developed that process if they hadn’t taken on the problem in the same way that a kayaker might take on the rushing rapids,” said Giffen Ott, co-founder and CEO of Synova. “If you fight the waves, you’ll end up smashed on the rocks,” Ott told Futurism. “But if you go with the waves or embrace the problems, you end up with very different results. By embracing the tars, and by starting with a robust tar solution, the team was able to completely rethink the gasifier and come up with very different results.”

The resulting four-step method made the process slightly more complex. But breaking it down into manageable parts actually made the technique 50 percent more efficient than the average efficiency of a waste-to-energy plant, which slashes costs. That makes Synova’s system the elusive combo of cost-effective and clean, a tantalizing prospect for the parts of our planet increasingly burdened with growing landfills and garbage patches.  Its economics hold the potential for disruption in the developed world, since existing solutions are much more expensive and waste is often transported 100s or 1000s of miles away to be buried or burnt. In the developing world, this is the first practical solution to stop alarming pollution of the land and water.

“The waste-to-energy market is huge and mostly unmet,” Christian Jacqui, Synova’s President and Chief Operating Officer told Futurism. “The greatest need often comes in places where the infrastructure and communities are least able to solve the waste problems themselves.”

Investing in Synova’s waste-to-energy plants across the continents creates a win-win situation, said Ott. Along with pocketing great returns, Synova backers will have the opportunity to be part of a project that could save as much as four tons of greenhouse gases per ton of waste diverted, and know they've helped stop that trash from ever making its way to Earth's oceans. Greenhouse gas savings are lower but still very beneficial in the developed world, and the financial returns are even more attractive.

“Demand is already high, as many parts of the world are desperate for a solution, but the big opportunity to roll-out the solution will follow once people see a unit running in their region.” he said. “We believe the opportunity is huge for both reducing CO2e and plastic in oceans as well as making a good return.”

The preceding communication has been paid for by FullCycle Energy Fund. This communication is for informational purposes only and does not constitute an offer or solicitation to sell shares or securities in FullCycle or any related or associated company. None of the information presented herein is intended to form the basis for any investment decision, and no specific recommendations are intended. This communication does not constitute investment advice or solicitation for investment. Futurism expressly disclaims any and all responsibility for any direct or consequential loss or damage of any kind whatsoever arising directly or indirectly from: (i) reliance on any information contained herein, (ii) any error, omission or inaccuracy in any such information or (iii) any action resulting from such information. This post does not reflect the views or the endorsement of the Futurism.com editorial staff.

Read This Next
Futurism
30 Million Barrels of Oil per Year Could Be Created From the United States' Sewage
Futurism
Companies Have Begun Using Our Waste to Power the World
Futurism
This 100 Kilometer-Long Floating Barrier May Soon Be Collecting Our Ocean Trash
More on Earth & Energy
Going Hydrogen
6:44 PM on the byte
Airbus to Strap Hydrogen Fuel Cell Engine to Massive Superjumbo Jet
Wolfenstein
Yesterday on the byte
A Brain Parasite Is Making Wolves Into Pack Leaders, Scientists Say
LED Down the Wron...
Yesterday on the byte
Defective LED Streetlights Are Turning the Night Purple
READ MORE STORIES ABOUT / Earth & Energy
Keep up.
Subscribe to our daily newsletter to keep in touch with the subjects shaping our future.
+Social+Newsletter
TopicsAbout UsContact Us
Copyright ©, Camden Media Inc All Rights Reserved. See our User Agreement, Privacy Policy and Data Use Policy. The material on this site may not be reproduced, distributed, transmitted, cached or otherwise used, except with prior written permission of Futurism. Articles may contain affiliate links which enable us to share in the revenue of any purchases made.
Fonts by Typekit and Monotype.