This Study Could Help Extend the Human Lifespan

Our gut bacteria could have more to do with lifespan than we previously knew. 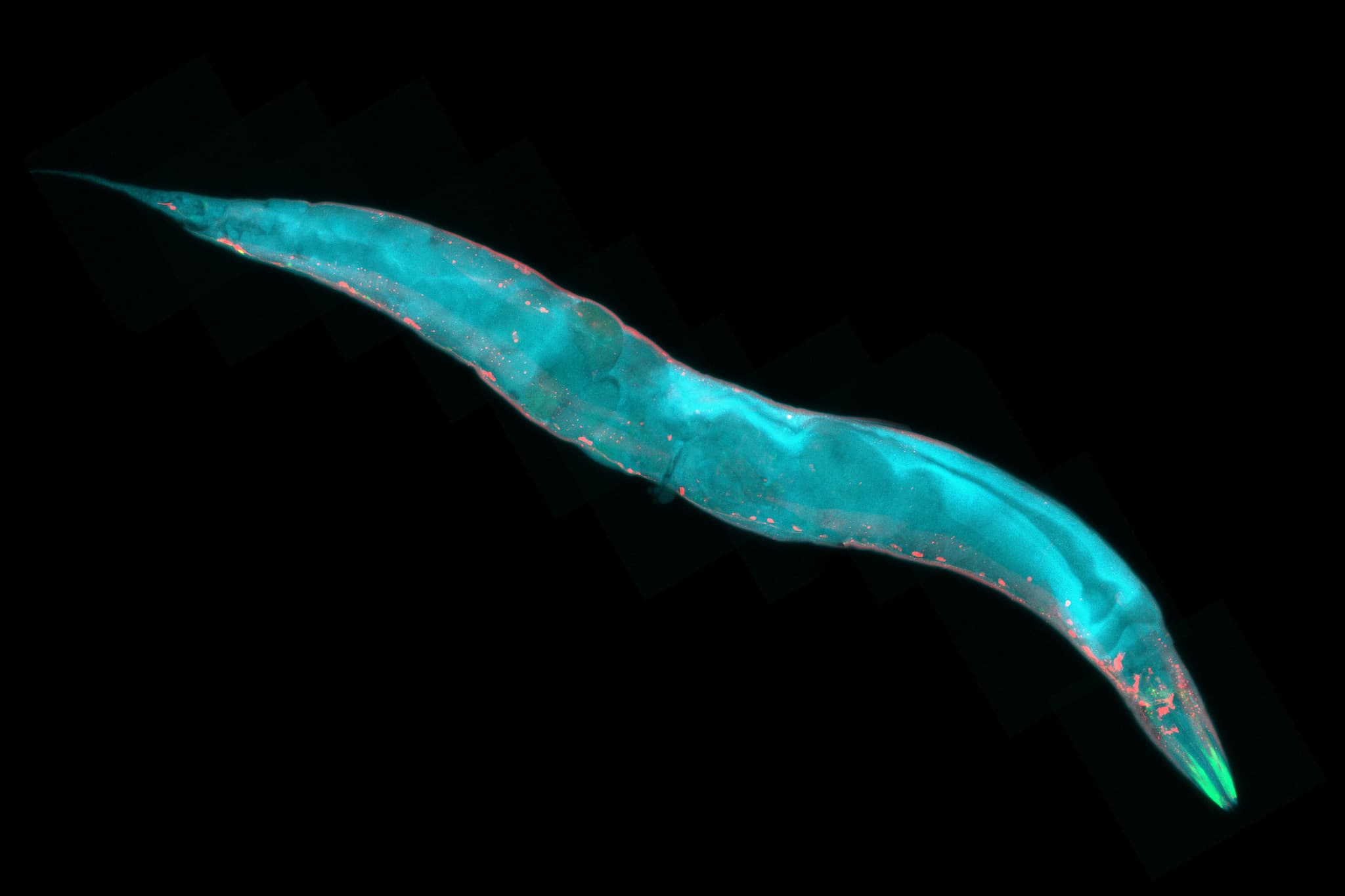 Researchers at the Baylor College of Medicine have found the key to longevity in Caenorhabditis elegans (C. elegans) worms — and maybe, someday, humans. The team noticed that genetically identical worms would occasionally live for much longer, and looked to their gut bacteria to find the answer. They discovered that a strain of E. coli with a single gene deletion might be the reason that its hosts' lives were being significantly extended.

This study is one among a number of projects that focus on the influence of the microbiome — the community of microbes which share the body of the host organism — on longevity. Ultimately, the goal of this kind of research is to develop probiotics that could extend human life. “I’ve always studied the molecular genetics of aging,” Meng Wang, one of the researchers who conducted the study, told The Atlantic. “But before, we always looked at the host. This is my first attempt to understand the bacteria’s side.”

Even in cases like this, where it seems fairly obvious that the microbiome is influencing longevity, parsing out the details of how and why this happens among a tremendous variety of chemicals and microbe species is extremely complex. The team, in this case, was successful because they simplified the question and focused on a single relationship.

Read This Next
Brands We Love
If You Really Want to Improve Your Gut Health, Take a Gut Microbiome Test
Brands We Love
Here Are 5 Things You Should Start Doing Today to Live Longer
Futurism
There May Be No Limits to How Long Humans Can Live
More on Enhanced Humans
Brain Transparency
Feb 3 on futurism
Duke Professor Welcomes the "Promising" Future of Employers Reading Your Brain
Brain-Computer Im...
Jan 3 on the byte
Neuralink Cofounder Says New Company's Eye Implant Could Be "Ultimate" VR Tech
Eyes Have It
12. 30. 22 on futurism
Meet the Neuralink Cofounder Who Left and Started a Competitor That's Now Rapidly Catching Up
READ MORE STORIES ABOUT / Enhanced Humans
Keep up.
Subscribe to our daily newsletter to keep in touch with the subjects shaping our future.
+Social+Newsletter
TopicsAbout UsContact Us
Copyright ©, Camden Media Inc All Rights Reserved. See our User Agreement, Privacy Policy and Data Use Policy. The material on this site may not be reproduced, distributed, transmitted, cached or otherwise used, except with prior written permission of Futurism. Articles may contain affiliate links which enable us to share in the revenue of any purchases made.
Fonts by Typekit and Monotype.