These Home Designs for Mars Will Blow Your Mind 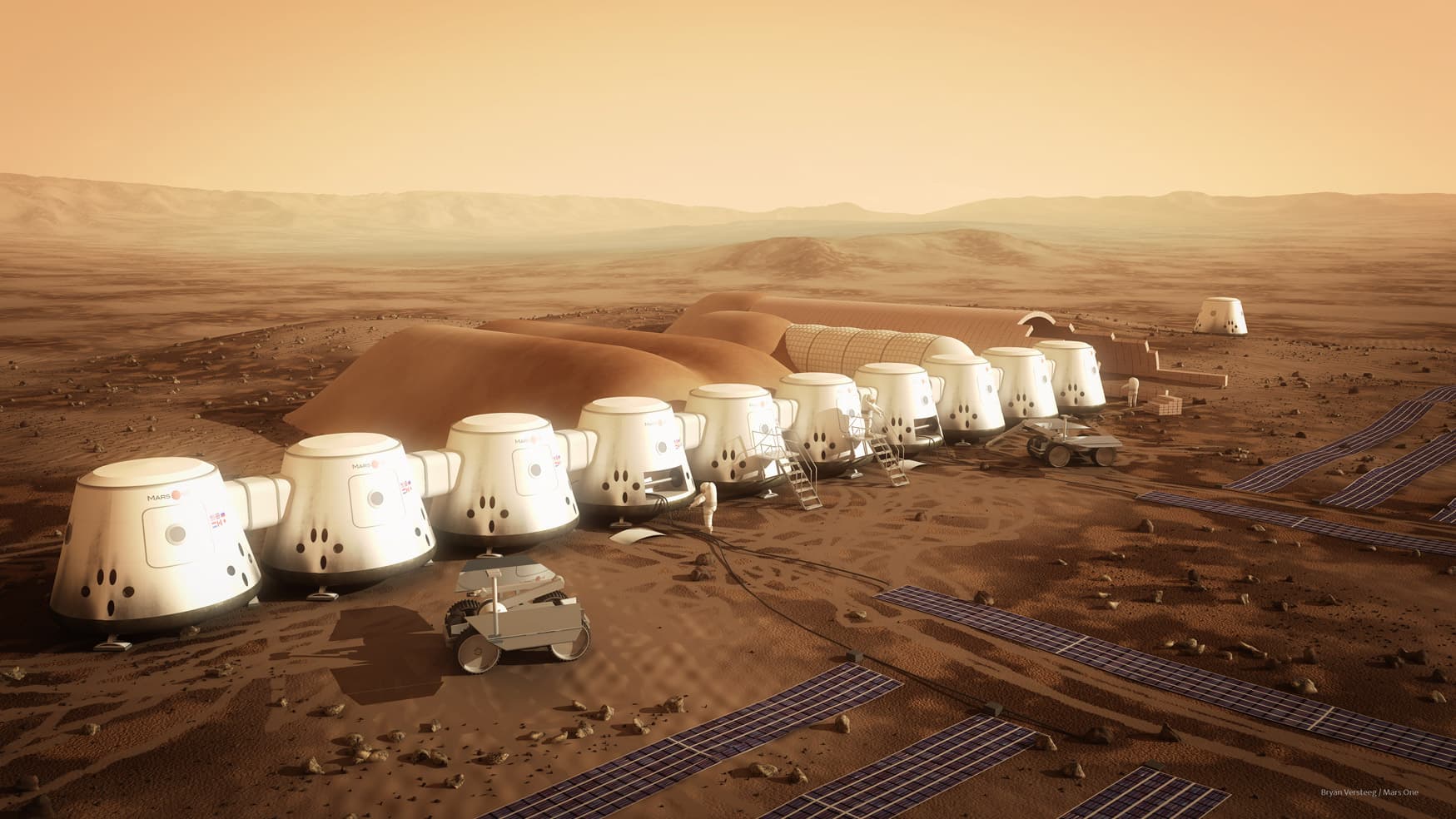 Design proposals for Mars housing by the Mars One team makes living on the foreign planet more enticing than ever.

Mars One envisions the community as a hub of living units, landers, and greenhouses. The outpost will be constructed from rigid modules and have expandable, inflatable living areas with breathable air that are airlocked. These structures would be installed by rovers before human arrival, with additional units containing extra materials as the community expands.

Most of the buildings use a hybrid design featuring a rigid structure to carry life support systems and a larger inflatable structure either on top of or connecting the other structures to add volume to the building. The materials would be a weave of complex fibers that can withstand galactic radiation and extreme temperatures, with protective coatings on top to prevent deterioration.

Space organizations have been increasingly focused on their mission to reach and populate Mars, but Sherwood believes that it may be more difficult than NASA admits. “Technology developments are notorious for having unpredictable schedule and cost,” says Sherwood. “Therefore combining these two factors, it is analytically impossible to predict the schedule for all those projects and say, for example, we will have humans on Mars by 2035. You simply cannot predict that.”

Let's hope that by the time we get to Mars, the architects have made sure that the inflatable shelters are secure. Otherwise if the building pops, everyone inside will be doomed.

Images courtesy of Bryan Versteeg, Mars One, and the Sasakawa International Center for Space Architecture (SISCA).