The Planet with Molten Rain: First Look at Weather on an Alien World 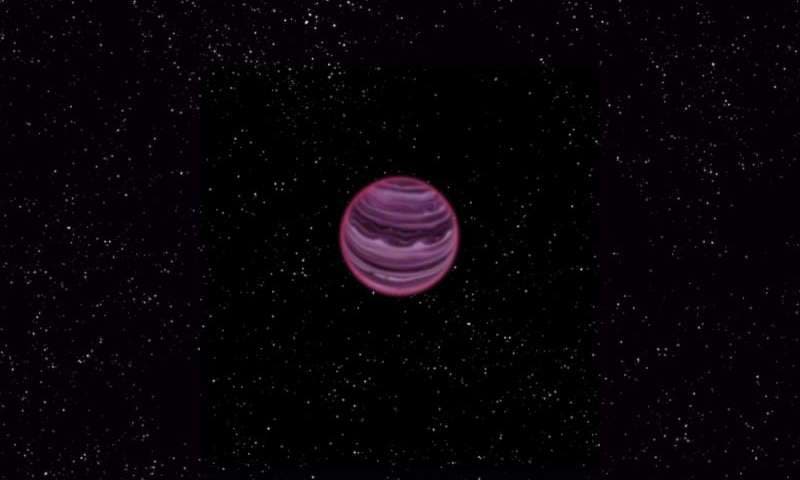 The Air Over There

Recently, scientists from the University of Edinburgh were using a telescope in Chile to study a planet 75 light-years away called PSO-j318.50-22, and what they found is rather remarkable. Through their observations, the scientists discovered multiple layers of thick and thin clouds that were made of hot dust and drops of molten iron (yes, molten iron). This discovery of these clouds marks the first time that weather patterns have been observed on an alien planet not in our solar system. However, it's not the first time we've ever encountered weird rain. Research indicates that it rains diamonds on Uranus and Neptune.

The latest find was made by capturing hundreds of infrared images of the planet and comparing its brightness to other neighboring bodies. The team is hopeful that these findings could improve our ability to determine if, based on our observations of weather patterns, conditions on other planets are capable of sustaining life.

PSO-j318.50-22 is roughly the same size as Jupiter, but is eight times more massive. Oh, and it does not orbit a star. This beast is a rogue planet. Ultimately, the orphan world is far, far younger than our own pale blue dot. Scientists estimate that it is only some 12 million years old. If that's not enough, scientists also found that temperatures inside the planet’s clouds reach a blistering 1470°F (800°C).

Study leader Dr. Beth Biller stated in a press release that this find tells us about more than just weather on this world, "This discovery shows just how ubiquitous clouds are in planets and planet-like objects. We're working on extending this technique to giant planets around young stars, and eventually we hope to detect weather in Earth-like exoplanets that may harbour life."

Read This Next
Monkey Business
China Plans to Send Monkeys to Space Station to Have Sex With Each Other
Overview Effect
William Shatner Says His Space Trip Left Him With a Feeling of Terrible Grief
Astronaut Drip
We Just Got the First Peek at NASA's Artemis Moon Landing Suits
Blast Off
Former Astronaut Details Quest to Grow Cannabinoids in Space
Name Game
NASA May Still Rename James Webb Telescope Over Homophobia Controversy
More on Off World
Hall Effect
Yesterday on futurism
Test Suggests Ion Thrusters Could Power Crewed Interplanetary Missions
CHON: Legacy
Yesterday on the byte
James Webb Discovers Coldest Ice in Known Universe, Harboring Molecules Essential For Life
Is There?
Yesterday on the byte
NASA Setting Up Facility For Mars Rock Samples That Might Contain Alien Life
READ MORE STORIES ABOUT / Off World
Keep up.
Subscribe to our daily newsletter to keep in touch with the subjects shaping our future.
+Social+Newsletter
TopicsAbout UsContact Us
Copyright ©, Camden Media Inc All Rights Reserved. See our User Agreement, Privacy Policy and Data Use Policy. The material on this site may not be reproduced, distributed, transmitted, cached or otherwise used, except with prior written permission of Futurism. Articles may contain affiliate links which enable us to share in the revenue of any purchases made.
Fonts by Typekit and Monotype.