The Ozone Layer and Strawberries: Believe It or Not, They're Related 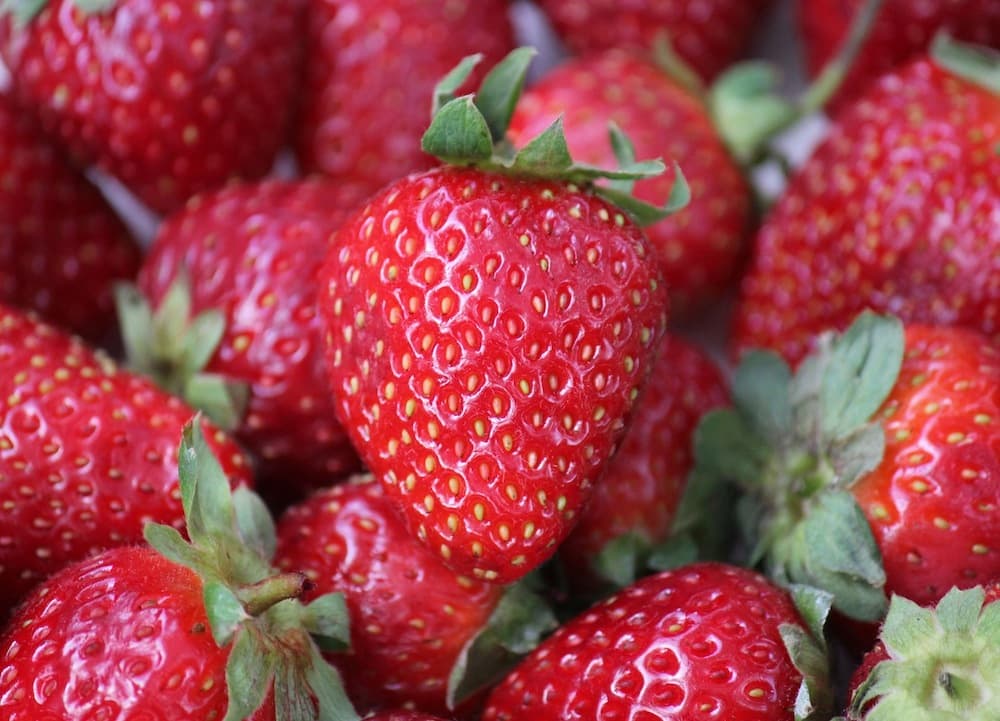 There's nothing like fresh strawberries in the summer. But these tasty little bursts of nutrition are notoriously difficult to grow; Virtually every strawberry farmer has relied heavily on one particular pesticide—methyl bromide. However, because of concerns over the ozone layer, that will soon change.

By the end of next year, a complete ban of methyl bromide is expected. So, what will happen to our beloved berries? No one knows for sure, but be prepared for a price hike.

How to Grow Strawberries:

These berries currently take a year or two before they begin creating fruit. Thus, it is common practice for farmers to plant seedlings from other strawberry nurseries. So far, so good, right?

To ward off things that tend to attack the berries—insects, fungi, rodents, diseases and such—farmers, dating back to the 1960's, have fumigated the soil with methyl bromide before the seeds (or cuttings) were even planted. So, just to clarify, even for organic farmers, the available nursery seedlings were typically started with pesticides, and are thus "conventionally-produced plants" (i.e., not organic).

Regardless, for both organic and conventional strawberries, this love affair with methyl bromide is about to end.

An Ozone Hole and the US's Slow Response:

In 1985, scientists first startled the world by announcing a gap in Earth's protective ozone layer, what is now known as the "ozone hole." In a remarkable response, international leaders came together and the Montreal Protocol was enacted, which ultimately phased out a number of substances that are responsible for depleting the ozone layer.

Hailed by Kofi Anan as "perhaps the single most successful international agreement to date," it was ratified by every member of the United Nations.

Cue the beginning of the end of the strawberry pesticide.

You see, methyl bromide tends to degrade and escape into the atmosphere as bromine, a known ozone-depleting element. Bromine, specifically, reacts with oxygen and reduces the amount of ozone in the atmosphere. As such, the Montreal Protocol marked it for removal.

For this reason (and others), the US Environmental Pesticide Agency (EPA) considers this pesticide highly toxic. So in 1999, the EPA launched a phaseout of methyl bromide, which was scheduled for 2005.

Because exemptions have been provided to nearly all strawberry farmers, methyl bromide is still widely used in the US. However, come 2016, these exemptions will permanently run out.

So, then what? Based on the Chemical and Engineering News' video below, you might come to the conclusion that strawberries are about to disappear from the grocery aisles.

Unsurprisingly, there's more to the story.

Big Changes In the Strawberry Market:

"I wouldn't kiss strawberries goodbye quite yet," stated James Rickert in an email. "Farmers are pretty good at producing what the consumers want." And this California farmer should know. Using organic measures, which included a complex crop-rotation formula, he succeeded in creating an organic strawberry nursery about ten years ago. But since his seedlings were more expensive—and because organic strawberry farmers were not required to buy from organic nurseries—his business quickly died.

But now that the industry is finally moving away from methyl bromide, change is underway.

Mr. Rickert stated that growers are now reaching out to him, urging him to start an organic nursery again. "I am in development of a plan and evaluating the feasibility of it," he stated.

The plan is still preliminary, so pricing has yet to be determined, but Mr. Rickert believes that his prices will be "significantly higher" than a conventional nursery.

Further hinting at this upcoming change in the strawberry market, Driscoll's, the leading producer of organic strawberries in the US, recently announced "a broad expansion of organic nursery plant production." Approximately 15% of Driscoll's overall business is currently organic. But they stressed that they are committed to meeting an increased market demand. "Our ultimate goal is to provide all Driscoll's USDA-certified organic growers with organic nursery plants."

In an email, Driscoll's clarified that the expansion will be two-fold. First, conventional strawberry fields will slowly be converted to organic ones. Secondly, new soil-free options will be developed to grow seedlings. To offset the ban of methyl bromide, organic farmers are using novel techniques that "restore, maintain and enhance ecological balance."  This includes certain organic and sustainable practices, like beneficial pest management, cover crops, crop rotations and compost.

Of course, this innovation comes at a price. Like Mr. Rickert, Driscoll's also anticipates an increase in price of organic berries—a price which remains unknown.

So, what about conventional non-organic strawberries? That is also unclear. According to many sources, no safer pesticide is currently available. If that remains true, it's certainly possible that all strawberries will become more expensive.

Only time will tell. You could learn how to grow your own strawberries though. (And don't forget, you can get help from your local master gardeners!)

Watch: The Worldwide Effects of the Montreal Protocol

Read This Next
Sundowned
Mexico Bans Startup From Future Solar Geoengineering Experiments
Knew It All Along
Exxon Scientists Knew About Global Warming for Decades While Company Denied It
Solar Slay
Solar Powered Machine Turns CO2 and Waste Plastic Into Valuable Fuel
Dim Sun for Breakfast
Startup Says It's Started Releasing Chemical Into Atmosphere to Dim Sun
Hidden City
NYC's Greenery Eats Up All the CO2 From Its Cars, Trucks and Buses "And Then Some"
More on Earth & Energy
RIP Fred
4:57 PM on the byte
Instead of Predicting Length of Winter, Groundhog Simply Dies
Fly Guy
Yesterday on the byte
Bird Advocates Horrified by Pigeon Dyed Pink For Gender Reveal Party
The Dos and Do-Do...
Yesterday on the byte
Startup Backed By "Jurassic World" Producer Says It Will Revive Extinct Dodo Using Complete Genome
READ MORE STORIES ABOUT / Earth & Energy
Keep up.
Subscribe to our daily newsletter to keep in touch with the subjects shaping our future.
+Social+Newsletter
TopicsAbout UsContact Us
Copyright ©, Camden Media Inc All Rights Reserved. See our User Agreement, Privacy Policy and Data Use Policy. The material on this site may not be reproduced, distributed, transmitted, cached or otherwise used, except with prior written permission of Futurism. Articles may contain affiliate links which enable us to share in the revenue of any purchases made.
Fonts by Typekit and Monotype.