The Key to Saving the Environment? Seaweed-Eating Cows 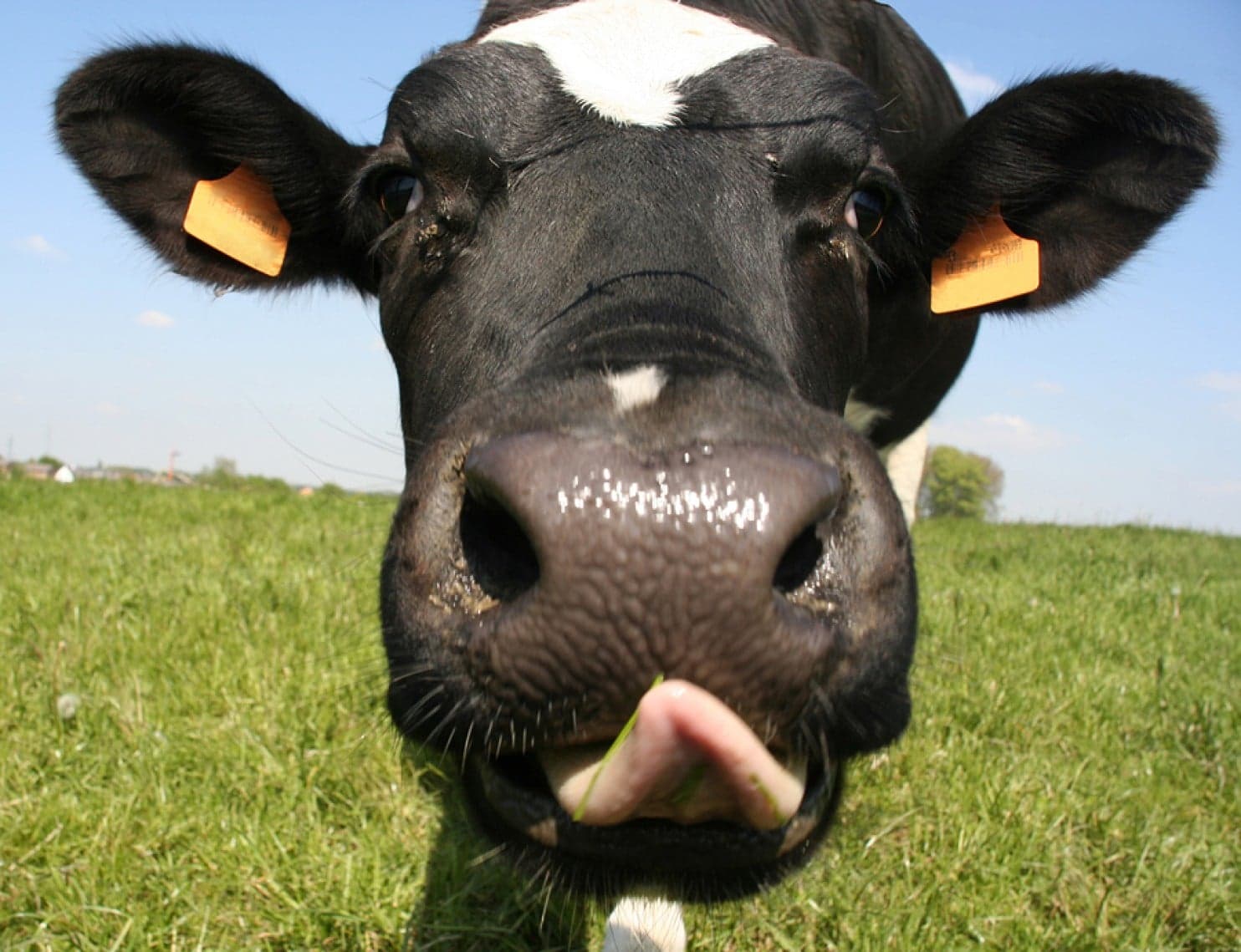 Researchers in Queensland, Australia believe it is possible to radically decrease livestock emissions. They've discovered that adding a small amount of dried seaweed to a cow's diet decreases produced methane by up to 99 percent.

The discovery was made by James Cook University aquaculture professor Rocky De Nys, together with the Commonwealth Scientific and Industrial Research Organisation (CSIRO).

"We had an inkling that we would get some success from this species, but the scale or the amount of success and reduction we saw was very surprising," De Nys said.

The researchers considered twenty species of seaweed to become the cattle feed additive that would improve the cow's stomach chemistry. De Nys' group tested the effectiveness of each species in an artificial rumen, the first chamber of a cow's stomach where microbial fermentation occurs. The lab-made rumen contained controlled amounts of microbes, grass, and seaweed where the scientists could easily determine methane concentration. They found that Asparagopsis taxiformis, a type of red seaweed, resulted in the most significant reduction.

"We have results already with whole sheep," De Nys said. "If Asparagopsis is fed to sheep at 2 percent of their diet, they produce between 50 and 70 percent less methane over a 72-day period continuously." De Nys stated that trials on cattle would be underway at the CSIRO Lansdown facility until next year.

The most challenging part of implementing the discovery to truly make large-scale impact will be harvesting enough seaweed to feed millions of cows. The researchers are considering partnering with other parties, like established seaweed farmers in South East Asia, to make it happen.

Read This Next
Sun Shield
Scientists Increasingly Calling to Dim the Sun
Coastal Chaos
The Doomsday Glacier Is Hanging on "By Its Fingernails," Scientists Say
Dry Dock
The Top 13 Wildest Objects That Terrible Droughts Have Revealed
Harambe 2.0
Freya the Boat-Climbing Walrus Euthanized Because of Stupid Humans
Disease Dilemma
Study: Climate Change Making More Than Half of Infectious Diseases Far Worse
More on Earth & Energy
Ancient DNA
Yesterday on futurism
Scientists Sequence DNA They Found From 2 Million Years Ago
Gross
Wednesday on the byte
Residents Alarmed When Entire River Turns White
Going Hydrogen
Dec 2 on the byte
Airbus to Strap Hydrogen Fuel Cell Engine to Massive Superjumbo Jet
READ MORE STORIES ABOUT / Earth & Energy
Keep up.
Subscribe to our daily newsletter to keep in touch with the subjects shaping our future.
+Social+Newsletter
TopicsAbout UsContact Us
Copyright ©, Camden Media Inc All Rights Reserved. See our User Agreement, Privacy Policy and Data Use Policy. The material on this site may not be reproduced, distributed, transmitted, cached or otherwise used, except with prior written permission of Futurism. Articles may contain affiliate links which enable us to share in the revenue of any purchases made.
Fonts by Typekit and Monotype.