The Future May Owe Itself to Blockchain Technology. Here's Why.

We could see a complete revamp of the world's economy. 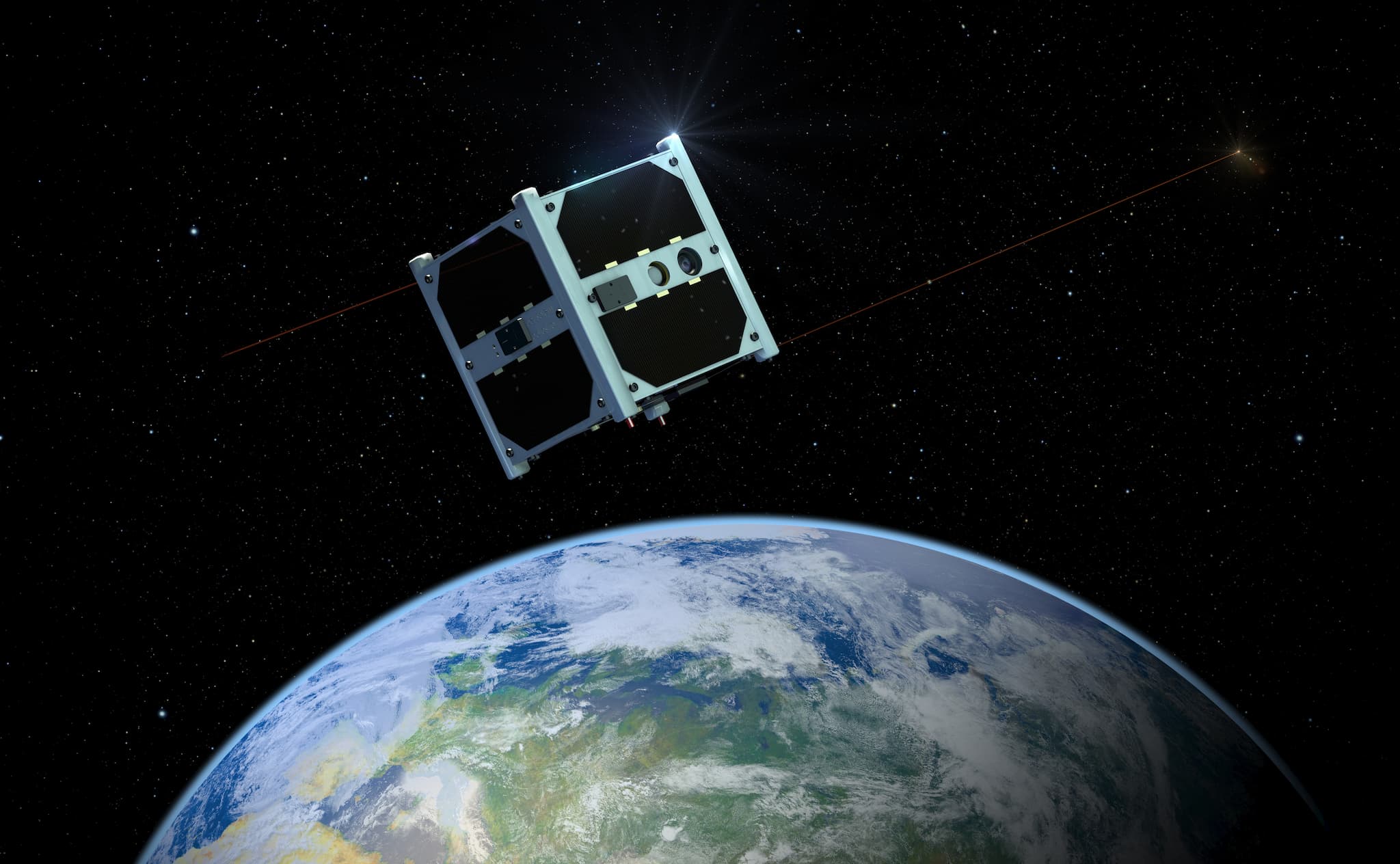 The rise of the internet and the ubiquity of mobile computing devices have changed everything from travel and shopping to politics – think Uber, Amazon, and Twitter.

But for the next revolution in commerce, governance and social interaction we need to look up – about 100 miles up, into the low Earth orbit. There, falling prices for communication and earth monitoring satellites, along with blockchain-enabled security, will make everything from broadband communication to crop monitoring available not just to technology elites, but to the most remote farm, village or machine.

This sharing economy in space could give even those not employed by large corporations or governments access to real-time, trustworthy data about everything from weather patterns and economic outlooks to cross-border migrations.

By democratizing access to space-based resources, we can create a more humane and just world. But realizing these benefits requires overcoming complex technical, legal, political and regulatory challenges. It also means genuinely caring about, and addressing, the suspicions of those who, in an increasingly nationalistic and fearful world, will bridle at anonymous, crowdfunded satellites looking over their shoulders.

The Democratization of Space

Multiple technical advances are creating the infrastructure for the sharing economy in space.

First, and most obvious, is a wave of start-ups driving dramatic and ongoing reductions in launch costs with innovations such as reusable boosters. The second is the development of nano sats that are dramatically smaller, lighter and less expensive to build and launch than those typically used by governments or industry. These satellites use common standards and off-the-shelf parts, transforming satellite manufacturing from crafting one-off designs to the mass assembly of standard products.

The use of software-defined components, which can be updated with new capabilities and new techniques for speedier development of custom sensors, further slashes the cost and time required to provide new space-based services. The increasing intelligence of satellites and the communication bandwidth between them will allow them to operate as autonomous swarms, allocating monitoring or signal relay work to the satellite that can do it most efficiently. Finally, all these advances mean more and more space-based sensing and connectivity services with continual increases in image resolution and the area satellites can cover at a lower cost.

However, community or civic organizations must know the data they receive is reliable and that their ownership stake in a satellite (or the service it provides) is secure and they will get proper payment. The low-cost, distributed trust provided by the blockchain distributed ledger provides these assurances through a series of decentral and encrypted technologies provided by the Next Generation Internet.

Blockchain-enabled “smart contracts” can also allow satellites and systems that need their services to autonomously negotiate and complete transactions based on predetermined criteria such as the price a customer is willing to pay for a certain image and how quickly they need it. Users, satellite owners and even the satellites themselves could dynamically create new services to pay for their launching, insurance, and other costs.

Ideally, a “digital twin” of earth – the sum total of all real-time data about everything from endangered biospheres to animal migrations and air pollution – could be analyzed by artificial intelligence algorithms to identify threats to the integrity of the earth and trigger countermeasures.

A Sharing Economy in Space

A sharing economy in space means the distributed ownership of space assets and the data and communication services they produce. In this economy, satellites and their “products” would not only be owned by for-profit entities and governments, but by non-profit community groups, NGOs and individuals. They could even be “self-owned” by the assets.

These capabilities could be used for everything from increasing business efficiency to reducing pollution and crime and empowering local and non-profit organizations to protect the earth or their local communities. They also pave the way for new granular, decentralized markets for the rental, lending, and sharing of satellites.

It’s not too hard to imagine the benefits, which range from improved tracking of transit, weather and traffic conditions to more accurate economic forecasting – think tracking the number of cars at shopping centers, as indicators of consumer confidence or the location of oil tankers and rail cars to monitor economic output. Humanitarian organizations could better target relief efforts and even remote villages could fund their own broadband communications or track illegal logging.

Like any major change, this sharing economy in space faces major legal, regulatory and technical hurdles. They range from determining who owns the information and analytics to providing opt outs for those who don’t want satellite data about their property recorded. It will also require mechanisms to track and control satellites to prevent their being used for criminal or terrorist purposes, as well as finding ways to safely destroy failed satellites so they don’t cause damage to other satellites or space vehicles.

Then there is the question of how these decentralized, cryptographically secure eyes in the sky will look to those who feel left behind by globalization and economic, social and technological trends. It is all too easy to imagine how a sharing economy in space could be seen as just another top-down, utopian vision that helps urban elites at the expense of poorer, rural or economically-depressed areas.

Fighting this perception requires work to make sure it does not become a reality. The onus is on business and government leaders to proactively and aggressively ensure that the sharing economy in space genuinely helps everyone, regardless of where they live, their social class, political orientation or level of formal education. Such benefits for those who feel left behind range from: broadband access that gives remote users entry to the global economy; faster access to climate, market and pricing trends that can help farmers negotiate with middlemen; and even locally-controlled monitoring of national borders to defuse fears of mass illegal migration.

Now is the time to begin detailed discussions about issues such as:

The future of space may not evolve as we’ve predicted here. As with the internet, humans have found unexpected ways to use new technology and the dangerous side effects – such as the polarization of society through self-reinforcing interactions on social media – often take tech visionaries by surprise.

But the basic technologies, from falling costs for space-based communications and sensor data to blockchain-enabled smart contracts, are maturing rapidly. Together, they will create an internet-like, standard, scalable and low-cost platform on which innovators can build radically new businesses and social models. Realizing the potential benefits – and spreading them beyond the traditional capitalist stakeholders and urban elites to wider society – will require close attention to technical, legal, security, ownership, privacy and equity issues.

Tackling these issues proactively will help prevent the inevitable unexpected consequences that could threaten the game-changing benefits of a truly shared economy in space.