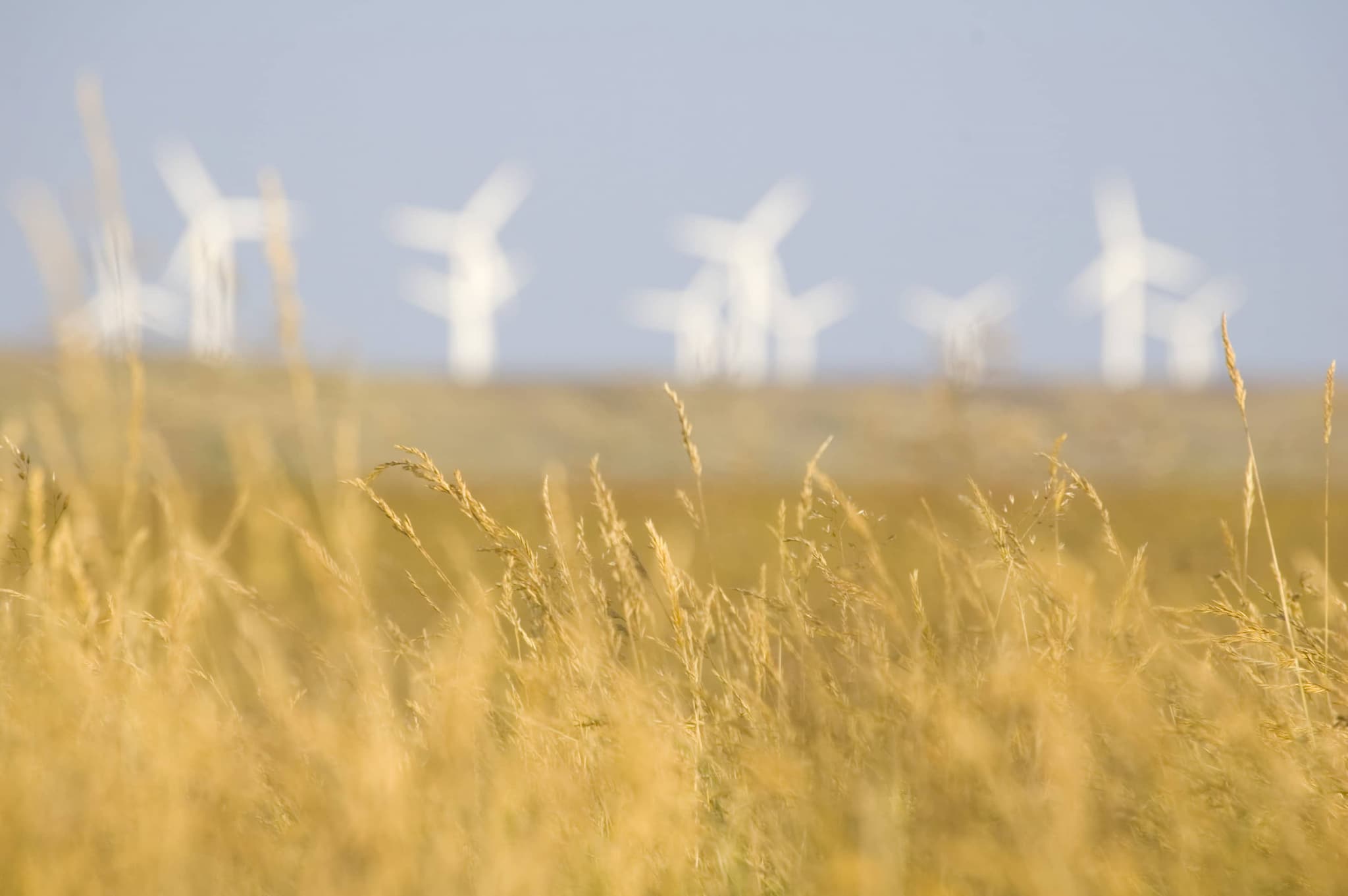 Cutting global emissions by half by 2050 calls on the full deployment of existing energy efficient potential. Despite energy efficient technologies’ proven track record as a cost-effective mean to reduce energy consumption and related emissions, its full potential is yet to be tapped. The investment gap is a key element in explaining the remaining potential.

Public money is increasing - but more is still needed from the private sector. Today, an average of around $130 billion has been invested in energy efficiency improvement yearly, equivalent to 15% of fossil fuel investment, or one fifth of power sector investment. The International Energy Agency (IEA) estimates that to achieve the below 2-degree scenario, energy efficiency (EE) investments need to reach $560 billion/year over the next 15 years, an increase of over four times the current level.

Higher private investments are needed to bridge the gap. The United Nations Framework Convention on Climate Change (UNFCCC) shows that 86% of those investments need to be private.

In 2016, low-interest rates prevailed in mature economies, at close to zero. Money is available and cheap, with Bain & Company projecting that the volume of total financial assets will be 10 times larger than the value of global GDP growth to 2020. Concurrently, an increasing number of private financial players are willing and stringently committing to greening their finance. Yet, the EE gap is still unfilled. Why?

Private investments are still hindered by the enduring (if unfounded) risk perception of energy efficiency projects. Contrary to traditional investments, EE gains are intangible in nature (they don’t come with incremental physical production) and difficult to measure. The uncertainties surrounding EE savings, reinforced by the absence of an internationally recognized monitoring protocol, result in a perception that EE operational risks are high. Energy efficient technologies are often assumed to be unreliable; with a concomitant risk of not transforming into adequate return cash flows. This results in much higher transaction costs.

Making the Transition to a Low-Carbon World

In the coming 15 years, 3 billion additional people will join the middle class. Today, around 2 billion people still lack access to reliable electricity. Our challenge in the next 40 years is to provide energy services for close to 5 billion additional people, building a system that delivers 100GJ per capita to more than 9 billion people, while cutting our emissions by half. This entails a sharp decrease in our carbon intensity and an efficiency improvement by a factor of three.

It's time for action. Projects are not happening at the necessary scale or pace. Cities, for instance, soon host to more than 70% of the world population, have a significant potential for increased savings. While smart city projects are on the rise worldwide, their development remains at the planning phase and viable business models for easy scaling up are still to be found. Execution challenges pile up and have led for instance to the push back of Masdar City completion from 2016 to 2030. Similar hurdles also plague China’s ambition to build 154 smart cities, where several newly created eco-cities are abandoned by developers before completion.

Buildings, where half of world’s electricity is consumed, are among the most inefficient infrastructures, with 80% untapped EE potential. The IEA estimates that buildings energy performance per square meter needs to improve from a rate of 1.5% per year in the past decade to at least 2.5% per year over the next decade to 2025. Solutions exist to get us there. Building control systems can deliver 30% energy savings by combining comprehensive automation, control, and monitoring of energy use, with a payback of less than 3 years. Similarly, in other sectors, deploying available technologies by bridging market barriers, could unlock the 79% unrealized efficiency potential in infrastructure, and the 58% potential of Industries.

The digitization of the economy and the advancement of smart grid technologies, such as intelligent metering, automated analytics, demand response, enable customers to produce, consume, store and sell within a dynamic electricity system.

Customers are at the center of the New Energy World transformation. Yet in our current energy system, less than one third of total generation reaches end-users. The rest is scattered along the energy value chain in production and T&D losses. Lagging behind in this transition will be detrimental to individuals and the planet, by giving citizens less choice on how, what, and when they consume energy.

What Can be Done?

Scaling up of risk-sharing instruments. Previous experiences with risk mitigation instruments have been very successful. The case of the International Finance Corporation (IFC)’s risk-sharing facility and programs come to mind with Commercializing Energy Efficiency Finance (CEEF): a program that provides guarantees to EE investments in Eastern Europe. IFC guarantees up to 50% of the loss from loan defaults, a risk-sharing arrangement that encourages commercial banks to lend. Local banks select projects and design their credit facilities. The IFC has also been active in China under a similar mechanism. From 2006 to 2009, the China Utility Based Energy Efficiency Finance Program (CHUEE) provided USD 512 billion in loans to 78 companies without a default loss.

The European Union should be commended for building on such success and launching the European Fund for Strategic Investments (EFSI), jointly with the European Investment Bank (EIB) and the EU Commission. Such initiative provides a EUR 16bn guarantee from the EU budget and EUR 5 billion of EIB’s own capital, and encourages higher risk projects in Europe. This scheme has recently loaned EUR 100 million to Energies POSIT’IF, a public-private company that aims to make condominium buildings in Paris region more energy efficient. The loan and risk guarantee enables the provision of financing to owners and resulted in the tripling of apartments expected to undergo renovation in the coming year.

Additional work is still needed to analyze the best combination of financial and other instruments (such as training, education, capacity building or awareness building) for reducing high levels of perceived risk. The European Bank for Reconstruction and Development (EBRD) is working closely with local financial institutions and technical partners to transfer international best practice skills, supporting the origination of technically feasible investment opportunities.

To unlock private investments, policy-makers need to rise up and provide adequate policy signals. Risk-sharing instruments should be scaled up and deployed. Subsidies and other market failures insulating customers from the true price of energy should be corrected; including the internalization of climate change externalities. The establishment of a platform for continuous public-private dialogue would facilitate alignment of stakeholders involved in enabling and accelerating this transition: financiers; industries; policy makers; citizens. Leveraging existing institutions and initiatives that facilitate international public-private exchanges, data and resource sharing on these issues, is urgently needed.

Read This Next
Sun Shield
Scientists Increasingly Calling to Dim the Sun
Coastal Chaos
The Doomsday Glacier Is Hanging on "By Its Fingernails," Scientists Say
Dry Dock
The Top 13 Wildest Objects That Terrible Droughts Have Revealed
Harambe 2.0
Freya the Boat-Climbing Walrus Euthanized Because of Stupid Humans
Disease Dilemma
Study: Climate Change Making More Than Half of Infectious Diseases Far Worse
More on Earth & Energy
Hot Take
Yesterday on the byte
The World's Largest Volcano Is Erupting for the First Time in Nearly 40 Years
Oversharing 101
Nov 21 on the byte
Bill Gates Reflects on Drinking Product of Fecal Sludge
Battery Powered
Nov 17 on the byte
Startup Says It's Building a Giant CO2 Battery in the United States
READ MORE STORIES ABOUT / Earth & Energy
Keep up.
Subscribe to our daily newsletter to keep in touch with the subjects shaping our future.
+Social+Newsletter
TopicsAbout UsContact Us
Copyright ©, Camden Media Inc All Rights Reserved. See our User Agreement, Privacy Policy and Data Use Policy. The material on this site may not be reproduced, distributed, transmitted, cached or otherwise used, except with prior written permission of Futurism. Articles may contain affiliate links which enable us to share in the revenue of any purchases made.
Fonts by Typekit and Monotype.