The Coolest Tech Products We're Excited to Review from CES 2022 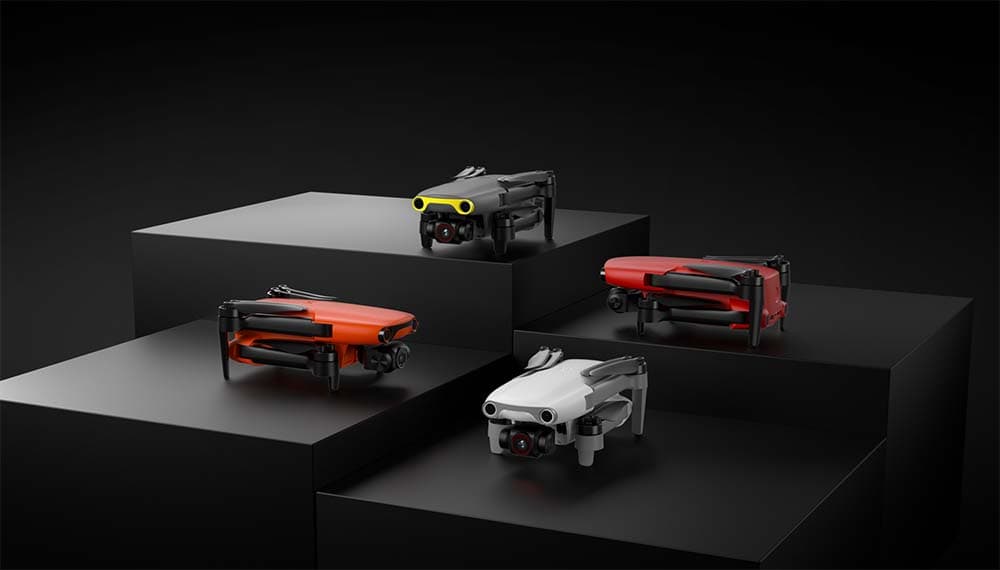 The annual Consumer Electronics Show (CES) is a venue for companies like Sony, Microsoft, and Samsung to show off their most futuristic products. This year’s show, which just wrapped up in Las Vegas, didn’t disappoint. Some of the products are several years away from release, but we've sifted through the noise (and press releases) to find the five coolest tech products announced during CES 2022. From an innovative laptop with a touchscreen built in to the latest drones, we're looking forward to reviewing them for you once they are released.

The original PlayStation VR headset was a runaway success (as far as virtual reality headsets are concerned), so there was a lot of excitement when Sony officially announced the follow up. Sony didn't show off any photos of the headset, but confirmed some of its key features. On the specs side, the Sony PS VR2 will have an OLED display with a resolution of 2000 x 2040 per eye and frame rates up to 120Hz. This is twice the resolution of the original PlayStation VR, which was released in 2016.

Sony said the PS VR2 can track your eye and head movements, so you'll be able to change your perspective without touching a controller. The headset will also feature a single motor, which can vibrate and pulse based on what's happening in the game you're playing. Sony confirmed that you'll be able to connect the PS VR2 to the PlayStation 5 with a single USB-C cable. Sony didn't commit to a price or release date during its presentation, however.

Samsung's Freestyle is a portable HD projector that stood out during CES 2022 because of its unique design. The tube-shaped Freestyle is attached to a stand that allows you to rotate the projector a full 180-degrees. Samsung says the Freestyle is smart enough to automatically adjust the image it throws to compensate for off angles and walls that aren't painted white. In terms of connectivity, the Freestyle has one mini HDMI port, and can stream video directly from AirPlay 2 devices and Samsung's SmartHub over Wi-Fi.

Optional accessories for the Freestyle include a battery base, so you can take it anywhere, and an adapter that lets you screw the projector into any standard light fixture. Naturally, the Freestyle works with Bixby, Samsung's smart assistant, which allows you to operate it hands free. Unlike most CES 2022 gadgets, the Samsung Freestyle is available for preorder on Samsung's site for an introductory price of $899, and will begin shipping on February 2.

Lenovo went all out with the Thinkbook Plus Gen 3, a soon-to-be-released laptop with a design unlike anything we've seen before. The computer rocks an ultra-wide 17-inch display with a 21:10 aspect ratio. The screen's unique shape was designed to complement the eight-inch dedicated touchscreen to the right of the ThinkBook Plus Gen 3's full-sized keyboard.

You can interact with the touch screen by tapping or swiping it with your fingers, or using a stylus built into the back of the machine. Lenovo says the touch screen can be used to gain quick access to your most-used apps, jot down notes during meetings, and improve your ability to multitask in general.

This laptop's industrial design sets it apart, but Lenovo also made sure its functionality matches its form. The computer can be configured with up to 32GB of memory, 2TB of storage, and an 12th-generation Intel i7 processor. It has both USB-C and USB-A ports (this is becoming somewhat of a rarity in high-end laptops), an HDMI port, and a Thunderbolt 4 port. Lenovo says that the ThinkBook Plus Gen 3 can get "up to" 11 hours of use per charge, which is impressive if true. The company has not commented on this laptop's release date or price, but it's listed as "coming soon" on Lenovo's site.

Consumer-focused drones have been popular for several years, but the ones in Autel Robotics' Eco Nano Series are more powerful than you'd expect given their small size. A Nano Series drone is less than 5.6 inches long when folded, and weighs just over half a pound without accessories attached. It's possible to carry one around in a large purse or backpack without making them bulge.

Both drones in Autel Robotics' Nano Series can record 4K video and take high-resolution images, but the premium model can take sharper photos with a camera that's better suited to handle low-light situations. To be clear, drone enthusiasts should be happy with recordings from either one, and these are the only differences between the two models.

Autel Robotics equipped its Nano Series drones with a set of sensors that can automatically detect and avoid objects to prevent crashes during flight. The company's app allows you to accomplish visually impressive maneuvers like subject tracking, pans, and zooms with a single tap. This makes using these drones a lot less intimidating to first-time flyers.

You can find more information about Autel Robotics' Nano Series drones on the company's site, but no information on their pricing or availability is currently available.

Yes, Masonite's M*Pwr is a door. Yes, it's also one of the coolest tech products to come out of CES 2022. It earned this distinction because Masonite teamed up with Ring and Slange to build a Peephole Cam and Yale Smart Lock directly into the door. It also features customizable smart lighting in three places, so the door will be amply illuminated when you get in.

Sensors in the door allow you to check whether it's opened or closed, which may be its most convenient feature. All of these tech accessories require power, so the door will need to be hooked up to your home's power supply to work. If your electricity goes out, the M*Pwr will switch to battery power, which lasts up to one full day.

Masonite says the M*Pwr will be available in several style and color options, which makes it possible to fit the look of your home. Masonite hasn't given a firm date or price on the M*Pwr, but it's helping to usher in the next generation of integrated smart-home gear.

Read This Next
Health Revelation
Chris Hemsworth Reveals Grim Genetic Test Results, Will Take Break From Acting
PDA
Elon Musk Is Faving Posts on Twitter That Are Making Our Skin Crawl With Embarrassment
Baited
That "Research" About How Smartphones Are Causing Deformed Human Bodies Is SEO Spam, You Idiots
FROM THE DEPT. OF THINGS TO BUY
Breville Joule Oven Air-Fryer Pro Review: It Made Me Ditch My Oven
FROM THE DEPT. OF THINGS TO BUY
Review: Masterbuilt Gravity Series 800 Outsmokes Every Pricey Pellet Grill
More on Sci-Fi Visions
Cybersecurity Dis...
Nov 13 on the byte
Insurance Company Refuses to Pay Ransom, So Hackers Start Releasing Health Records of Up To 10 Million People
Telescope Takedown
Nov 3 on the byte
Hackers Just Took Down One of the World's Most Advanced Telescopes
Naked and Afraid
Nov 2 on the byte
Scientists Spot "Stripped, Pulsating Core" of Star Caused By Horrific Accident
READ MORE STORIES ABOUT / Sci-Fi Visions
Keep up.
Subscribe to our daily newsletter to keep in touch with the subjects shaping our future.
+Social+Newsletter
TopicsAbout UsContact Us
Copyright ©, Camden Media Inc All Rights Reserved. See our User Agreement, Privacy Policy and Data Use Policy. The material on this site may not be reproduced, distributed, transmitted, cached or otherwise used, except with prior written permission of Futurism. Articles may contain affiliate links which enable us to share in the revenue of any purchases made.
Fonts by Typekit and Monotype.