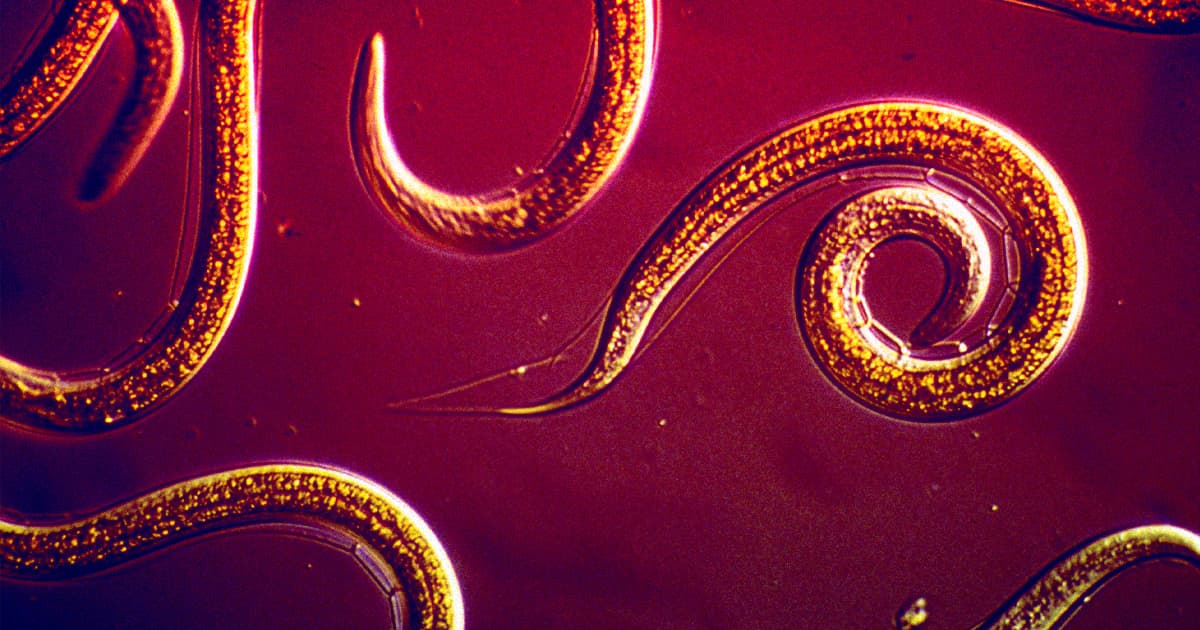 This could be a win for zero gravity agriculture.

This could be a win for zero gravity agriculture.

If long-term missions to space or even new worlds are to have any chance of success, astronauts will likely need to learn to grow their own food.

That means developing a space version of agriculture. Now, scientists from the U.S. Department of Agriculture and the biotech company Pheronym brought the idea one step closer to reality with the discovery that roundworms are just as good at gobbling up pest insects up in space as they are down here, giving future astronauts a new way to protect their crops.

Scientists weren’t sure how well the parasitic roundworms — formally called nematodes — would fare in a microgravity environment. But when they sent them to the International Space Station, the worms were able to survive as well as infect and kill pest insects that might threaten crops much as they do on Earth, according to research published in the journal npj Microgravity.

Interestingly, the worms seemed to adapt to space early in their life cycle. Worms that were born on Earth were able to return home, but worms that were hatched and raised entirely in space died upon re-entry.

It takes more than worms to build a functional space farm, but the discovery that nematodes can adapt to the challenges of life beyond Earth is an encouraging sign for the future of space travel.

“As we look into a future when crops will be grown in space, we expect that beneficial nematodes will offer one-of-a-kind opportunities to establish agriculture for long-term space exploration,” Agricultural Research service entomologist and project co-director David Shapiro-Ilan said in a press release.

More on space farming: New Research: You Could Grow Crops in Martian Soil