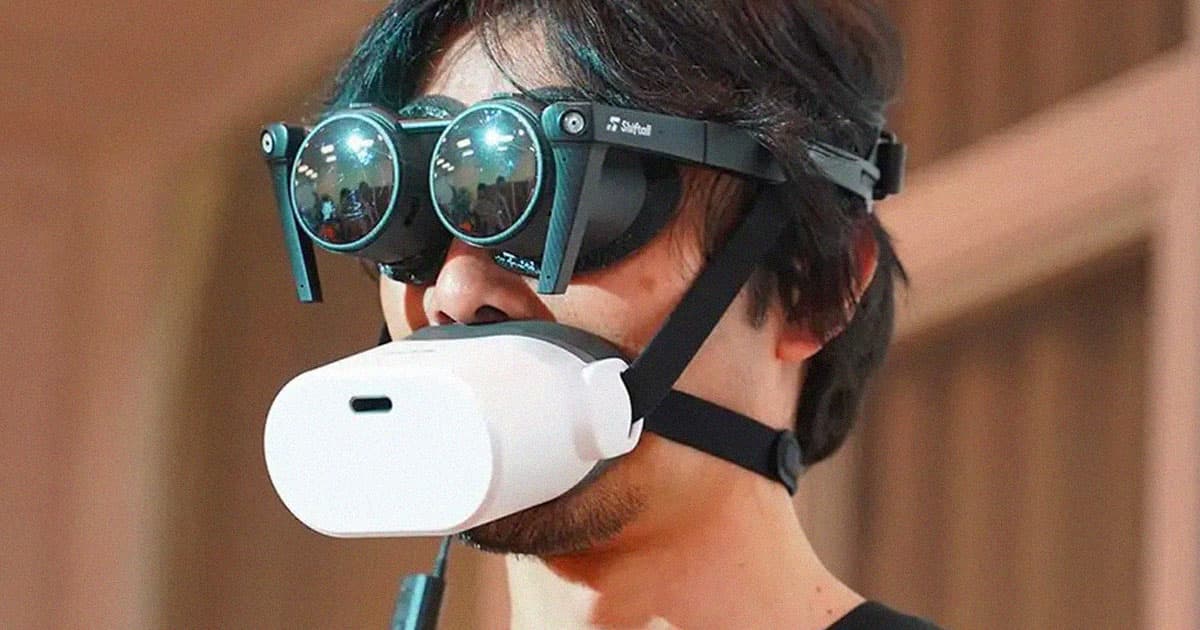 This New VR Gadget Looks Like an Actual Torture Device

Who would buy this?

Who would buy this?

Soon, nobody will be able to hear you scream while you're trapped inside the metaverse.

A Tokyo-based company called Shiftall, owned by tech giant Panasonic, has come up with a bizarre new device called the "mutalk," which is basically a muzzle to capture the sound directly from your mouth, without background sound. In practice, though, it arguably looks more like a torture device than a consumer electronics gadget — perfectly illustrating big tech's failure to woo actual consumers with VR tech.

The pictures really speak for themselves: the company appears to have doctored stock images, muzzling unsuspecting models with a white, VR headset-shaped appendage covering their mouths.

Absurdities aside, according to the company's website, the mutalk works by sending voice input to a computer via Bluetooth. The fully enclosed device does the rest, physically muffles the sound of speech.

"Voice is one of the biggest problems for VR metaverse users," the company claims, "and it's hard for family members to hear you when you're having fun in the VR space."

The company is aiming the mutalk at people living in apartment complexes where "your neighbors will probably complain if you make loud noises."

Shiftall has also come with other somehwat dubious products, including a mirror that will "judge whether someone is wearing the same outfit as before and warn them before they leave their own," as well as a headset that blocks most of your peripheral vision.

Is this really how we will be spending our time inside the metaverse? Aren't sweaty VR headsets already enough of a burden? We're not convinced.

But if you happen to be, the company will be selling the mutalk for $140 a pop.

More on the metaverse: This $7.7 Million Miami Mansion Comes With a Metaverse "Twin"

FROM THE DEPT. OF THINGS TO BUY
Best VR Headsets of 2022
Jul 9
Read More
This Terrifying Robot Wolf Is Protecting the Crops of Japanese Farmers
3. 8. 18
Read More
Japan's "Invisible Train" Will Hit the Tracks in 2018
4. 14. 16
Read More
+Social+Newsletter
TopicsAbout UsContact Us
Copyright ©, Camden Media Inc All Rights Reserved. See our User Agreement, Privacy Policy and Data Use Policy. The material on this site may not be reproduced, distributed, transmitted, cached or otherwise used, except with prior written permission of Futurism. Articles may contain affiliate links which enable us to share in the revenue of any purchases made.
Fonts by Typekit and Monotype.