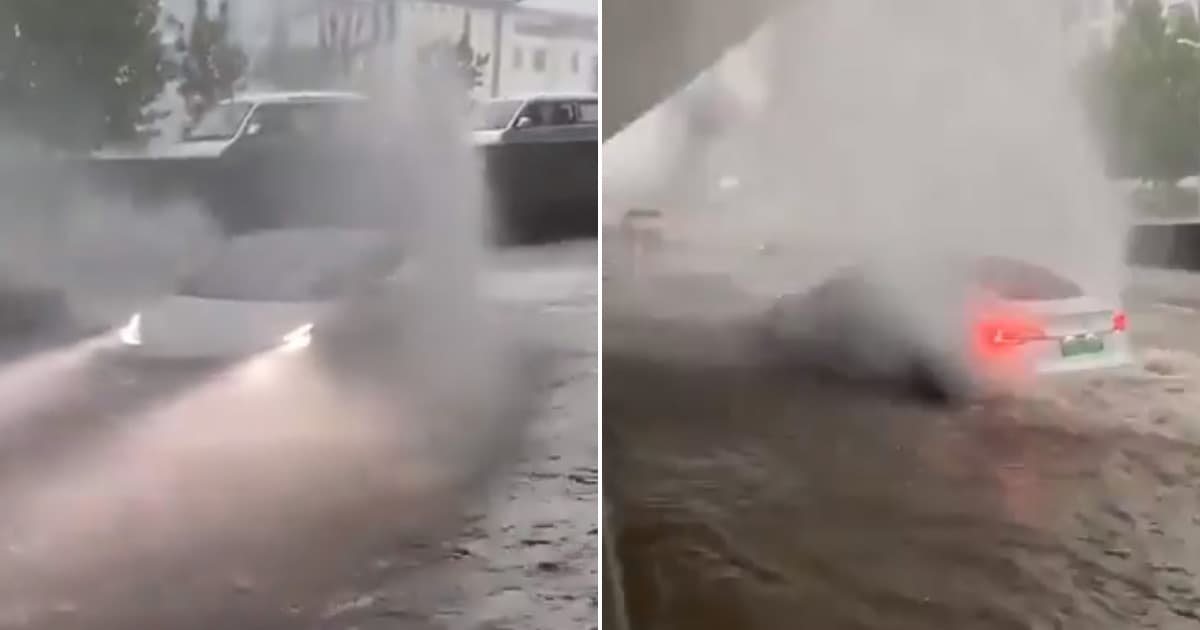 A recently surfaced video shows a Tesla Model 3 surging through deep flood waters reportedly in China's Henan province, an area hard hit by historic floods this month. The vehicle can be seen spraying water high, but faring a whole lot better than the stalled gas-powered vehicles nearby.

The vehicle's rear wheel drive appears to allow the Model 3 to actually motor its way through the water, like an overpowered paddle boat — a striking feat for a somewhat water resistant electric vehicle, though it's unclear whether the vehicle suffered long term damage.

Tesla CEO Elon Musk has bragged in the past that the company's other best-selling sedan, the Model S, can swim.

"We *def* don’t recommended this, but Model S floats well enough to turn it into a boat for short periods of time," he tweeted back in 2016. "Thrust via wheel rotation."

Tesla's Gigafactory in Shanghai actually tests its Model 3 and Model Y vehicles by simulating a flooded street, as Teslarati reports. That's because China regularly experiences typhoons that can cause severe flooding.

Despite its swimming prowess, driving a Tesla through floodwaters is a really terrible idea. While a gas engine is far more likely to be flooded and break down almost instantly, there's no point in risking your electric vehicle for a little stunt either.

We also can't guarantee that such a stunt won't void any warranties with Tesla.

More on swimming Teslas: Elon Musk Says the Model S Can Float Like A Boat (But Maybe Don’t Try It)