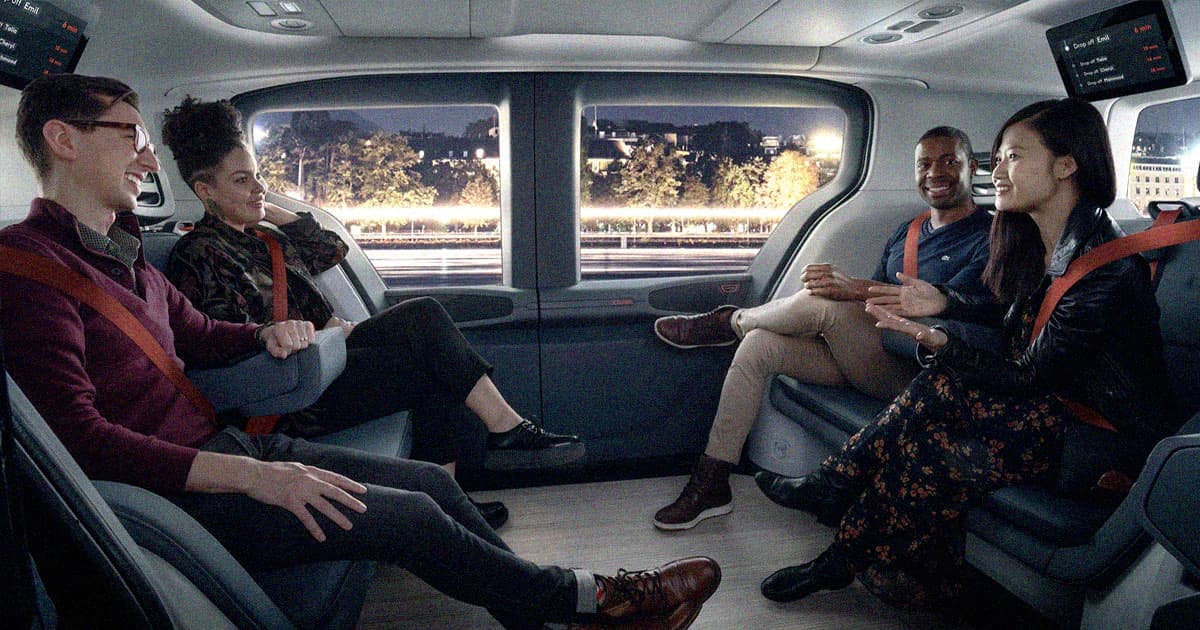 In a lengthy new document, the National Highway Traffic Safety Administration (NHTSA) says it’s determined that “a driver’s seat, a steering wheel and accompanying steering column, or just one front outboard passenger seating position” are now “logically unnecessary” for “vehicles designed to be solely operated by an [automated driving system].”

In other words, driverless cars are now being held to their own set of standards, even when they don’t feature a driver’s seat at all — a significant change in policy that brings us one step closer to being ferried around by driverless living rooms on wheels.

But the regulator also stressed that passenger safety is still top of mind.

“As the driver changes from a person to a machine in ADS-equipped vehicles, the need to keep the humans safe remains the same and must be integrated from the beginning,” said NHTSA deputy administrator Steven Cliff in a statement.

The regulator will also be watching closely as companies make forays into fully autonomous driving, actively collecting crash and incident reports for any vehicle with self-driving capabilities.

While pretty much all autonomous vehicles still require a safety driver, companies like Cruise are already actively developing vehicles that feature no driver’s seat or steering wheel.

In the end, the regulator’s ruling is meant to ensure that everybody follows the same rules, ensuring that “safety standards keep pace with the development of automated driving and driver assistance systems,” as US Transportation Secretary Pete Buttigieg noted in the statement.

“This new rule is an important step, establishing robust safety standards for ADS-equipped vehicles,” he added.

Driverless in Michigan
Waymo Gets Approval to Open Driverless Car Factory in Michigan
1. 22. 19
Read More
Rage against the Machine
People Are Road Raging At Waymo’s Self-Driving Cars
12. 12. 18
Read More
Waymo' Miles
Yep, It’s Real: Your Next Rideshare Could Be Driverless in as Soon as a Month
11. 13. 18
Read More
+Social+Newsletter
TopicsAbout UsContact Us
Copyright ©, Camden Media Inc All Rights Reserved. See our User Agreement, Privacy Policy and Data Use Policy. The material on this site may not be reproduced, distributed, transmitted, cached or otherwise used, except with prior written permission of Futurism. Fonts by Typekit and Monotype.