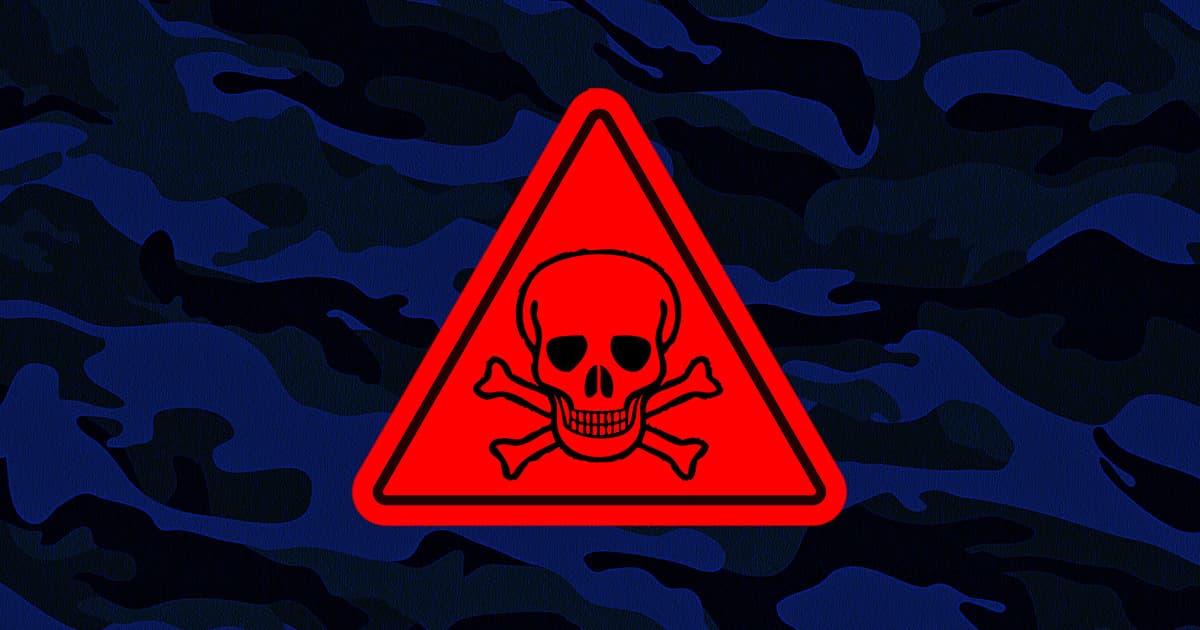 The US Army Is Developing Fabrics That Neutralize Nerve Agents

It plans to use the cloths to create tomorrow’s military uniforms.

It plans to use the cloths to create tomorrow’s military uniforms.

Nerve agents are some of the most toxic substances on Earth.

Exposure to even a tiny amount of one of the manmade chemicals can kill a person — which, unfortunately, has made them a major concern for militaries despite treaties banning their use in war.

To that end, the United States Army is now working with chemists to create fabrics that can absorb and neutralize nerve agents — so it can then use those fabrics for its military uniforms.

A newly published Wired story takes a deep dive into the development of the fabrics.

At Northwestern University, chemist Omar Farha leads a team that's creating a fabric coating that can destroy the nerve agents VX and soman. That coating contains a molecule that pulls water from the air. If the molecule comes in contact with a nerve agent, the water breaks down the toxin.

The coating reportedly works as long as it's in an environment with at least 30 percent humidity.

Now that Farha's team has created a fabric that can neutralize VX and soman, the next step is figuring out whether it's suitable for a military uniform.

That will involve testing its breathability, ensuring that the coating won't flake off the fabric, and exploring ways to scale up production, according to the Wired story.

If the chemists can do all of that, tomorrow's soldiers might literally wear their defense against nerve agents on their sleeves.

Whack-an-Alien
Chinese Scientists Say They May Have Detected Signal From Extraterrestrial Intelligence, But Probably Not
Jun 14
Read More
That's One Theory
Weird Signal Appears to Have Come From Habitable Star System
May 19
Read More
Walled Up
Scientists Say Space Is Filled With Invisible Walls
May 12
Read More
+Social+Newsletter
TopicsAbout UsContact Us
Copyright ©, Camden Media Inc All Rights Reserved. See our User Agreement, Privacy Policy and Data Use Policy. The material on this site may not be reproduced, distributed, transmitted, cached or otherwise used, except with prior written permission of Futurism. Fonts by Typekit and Monotype.