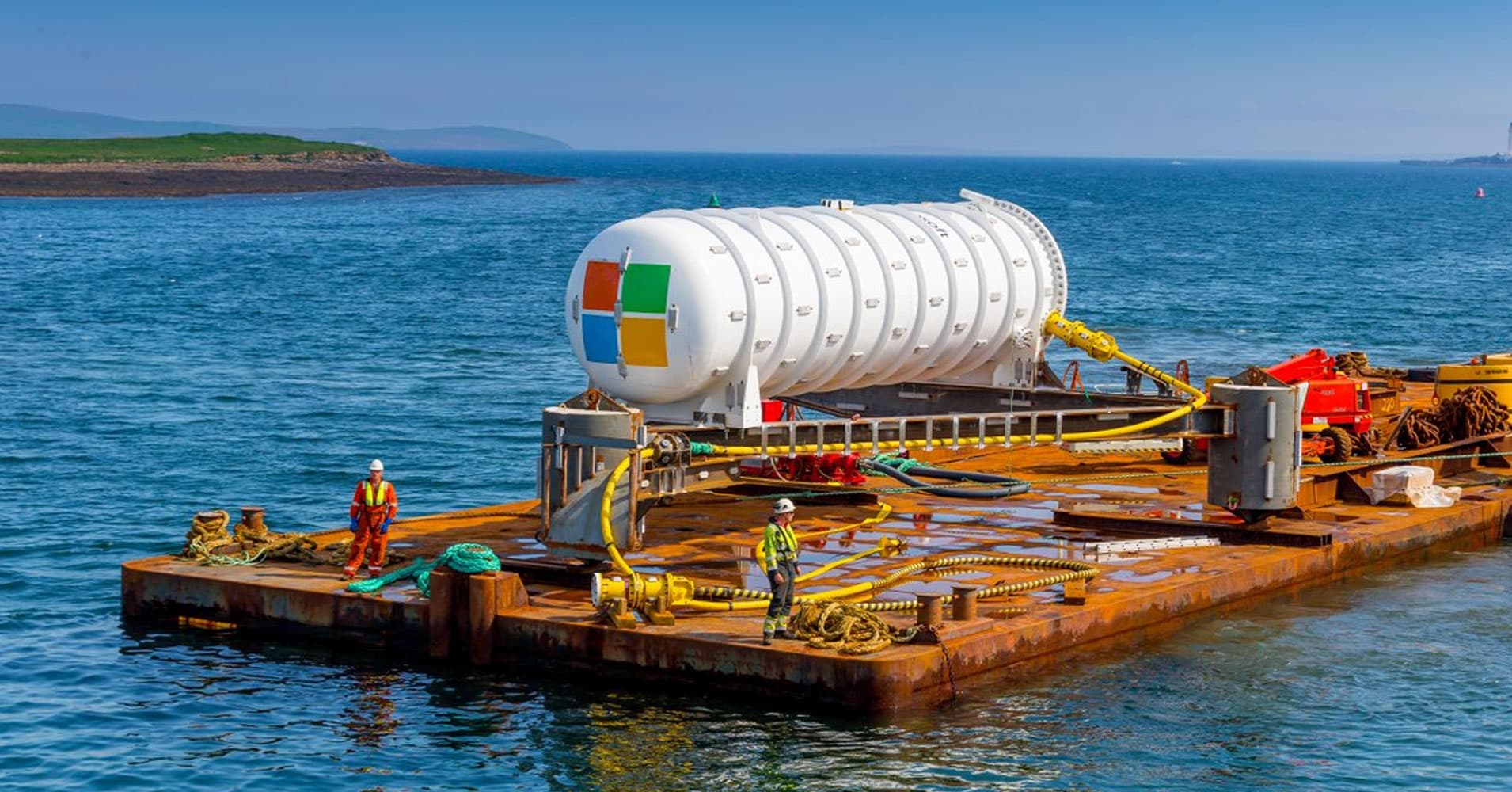 Cooling servers is hard work. Why not let the chilly ocean do it?

Cooling servers is hard work. Why not let the chilly ocean do it?

An Ocean of Data

Think water and electricity don't mix? A new kind of data center is turning that idea on its head.

Back in 2016 we reported on Project Natick, Microsoft's moonshot idea of building data centers underwater, where they'd be cooled by the chilly water of the ocean. Now, with one of the centers deployed off the coast of Scotland, CEO Satya Nadella says the company could build more across the globe to support its cloud computing platform.

"Since 50 percent of the world's population lives close to water bodies, we think this is the way we want to think about future data center regions and expansion," he told attendees at the Microsoft Future Decoded conference, according to ZDNet.

The data center off the coast of Scotland is a 40-foot pod containing 864 servers, with a liquid cooling system that transfers heat from the computers into the ocean. It's powered by wind from the Orkney Islands grid and should last for about five years.

The small size of the center comes with numerous benefits. Microsoft could deploy more of the centers in other locations, reducing the distance between the servers and Microsoft cloud users to cut latency.

"It was very fast to build, the entire supply chain of it, from start to finish, was 90 days," said Nadella.

Microsoft will spend at least the next year observing the Scotland data center. If it continues to work as hoped, the company could eventually build entire collections of underwater pods, each housing upwards of several thousand servers.

And as long as they're air-tight, their close proximity to water will serve as a benefit and not a cause for concern.