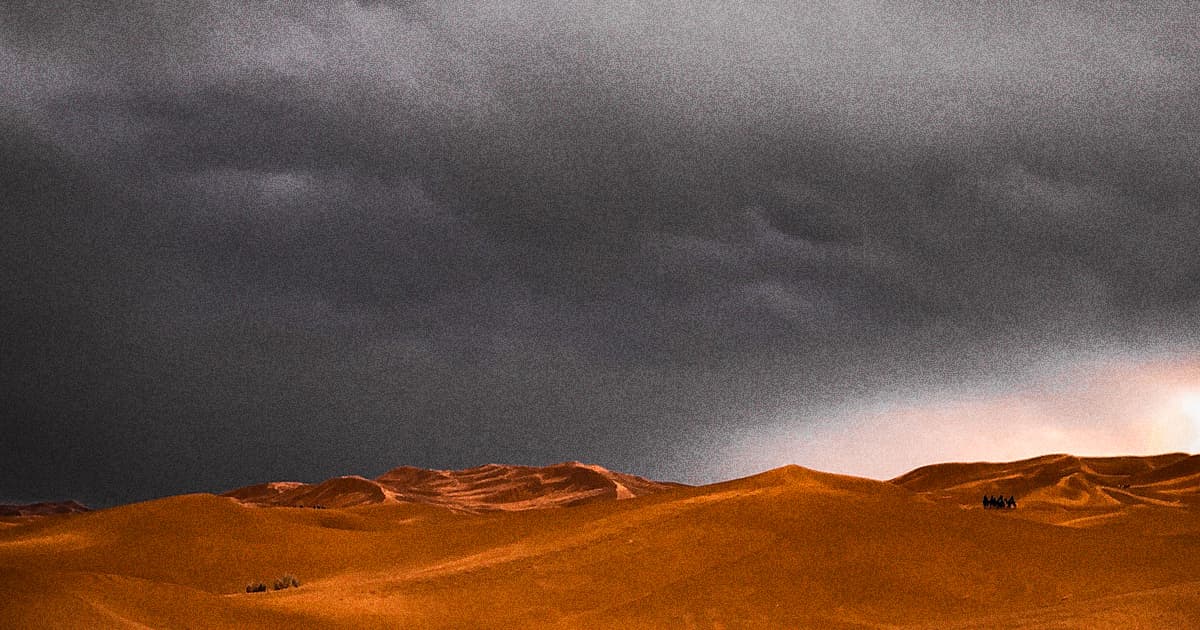 UAE Says Rainstorms Were Caused by Its Cloud Seeding Drones

When you live in the desert and it hits 120 degrees, you start to explore unusual options.

When you live in the desert and it hits 120 degrees, you start to explore unusual options.

On Sunday, torrential downpours drenched the people of Dubai.

That wouldn't normally be news. But this time, authorities say the rain clouds were conjured up by weather-altering drones as part of a deliberately engineered plan to fight the intense, 120-plus degree Fahrenheit heats that have been bombarding the desert city.

In Dubai's case, engineering the weather is a matter of urgency in the face of a dangerous heat wave. But the successful creation of a rainstorm could also serve as a bellwether of geoengineering tech around the world.

The drones were developed by the United Arab Emirates (UAE) government and researchers from England. They get catapulted into the air, The Washington Post reports, at which point they can soar through the sky, gathering weather data and giving a little nudge to clouds in the form of an electrical shock.

The idea is that the electrical pulse helps clump water droplets and other particles together to make new and bigger clouds that actually have a chance to generate much-needed precipitation, since the UAE typically only sees about four inches of rain per year.

"What we are trying to do is to make the droplets inside the clouds big enough so that when they fall out of the cloud, they survive down to the surface," University of Reading meteorologist Keri Nicoll told CNN in May, back when she was preparing to test the drones.

What seems like a high tech way to beat the heat in Dubai could be a less welcome development elsewhere. Take, for instance, China's heavy reliance on a weather-altering system that experts have argued could be weaponized through "rain stealing" against neighboring countries like India.

As cloud seeding and weather modification becomes more common around the world, experts argue that we may see the rise of conflicts stemming from countries or communities being subjected to the meteorological whims of their neighbors — a strange new frontier of geopolitics.

READ MORE: It’s so hot in Dubai the government is paying scientists to make it rain [The Washington Post]

More on weather modification: China Is Rolling Out an Enormous "Weather Modification" System