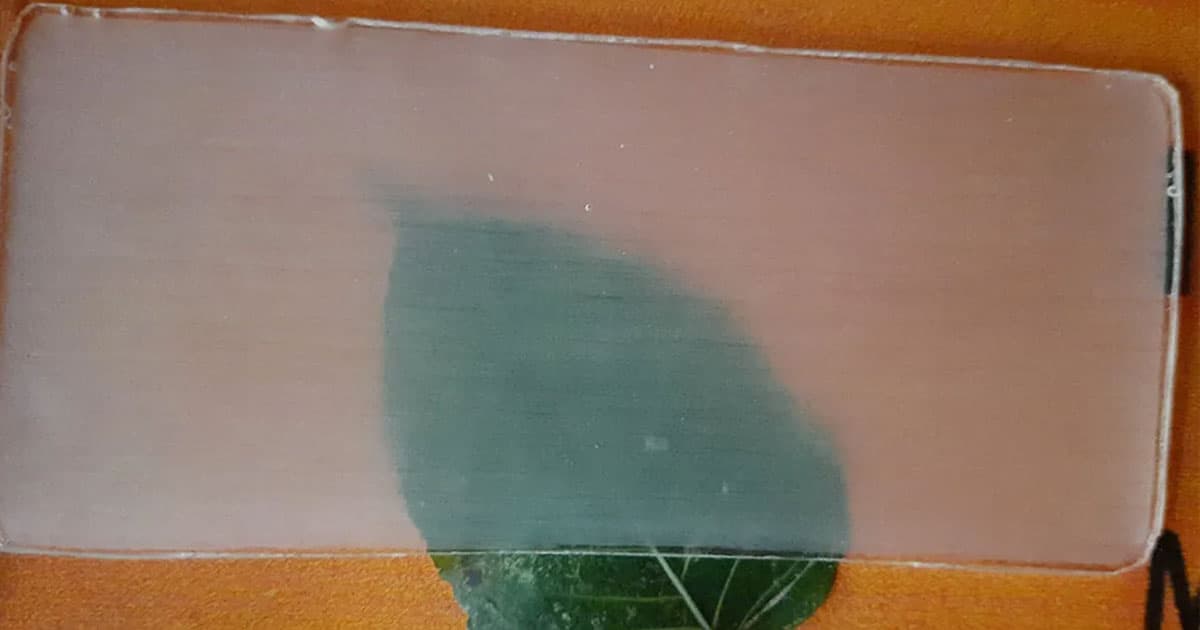 A team of researchers claim to have created a biodegradable and renewable alternative to both glass and plastic in the form of "transparent wood," a futuristic new material that could greatly reduce the ecological impact of more environmentally-unfriendly building materials.

As detailed in a new study to be published in the journal Science of The Total Environment, the material could also allow us to significantly cut down the use of plastics.

"Transparent wood as a material can replace the environmentally harmful petroleum-based plastics such as polypropylene, polyvinyl chloride (PVC), acrylic, polyethylene, etc.," Prodyut Dhar, an author of the study and assistant professor at the Indian Institute of Technology in Delhi, told SciDev.Net.

The material, which was invented by German scientist Siegfried Fink in 1992, has seen several changes and improvements over the intervening years.

It's made by first removing a naturally occurring polymer called lignin from wood and replacing it with specially-designed, transparent plastic materials.

"Plastics are used as a substitute for glass which is (naturally) fragile," Dhar said. "However, transparent wood is an even better alternative from an ecological perspective as observed in our life-cycle analysis."

It won't be replacing glass and plastic in their entirety anytime soon. Scientists have yet to figure out how to scale up production of the material in an economical way.

According to the researchers' analysis, glass also still came up on top in terms of its impact (or lack thereof) on the environment.

"In recent times transparent wood has been used in construction, energy storage, flexible electronics and packaging applications," Anish Chathoth, assistant professor at Kerala Agricultural University, told SciDev.Net, but "given the growing concerns about the environmental impact of petroleum-based plastic materials, transparent wood has a role in maintaining environmental sustainability."

More on wood: MIT Says We Could Build a House With Lab-Grown Wood

Circle of Life
Hooray! The Great Pacific Garbage Patch Has Become a Thriving Ecosystem, Scientists Say
May 1
Read More
Brands We Love
Cut Plastic Waste With a LastSwab Reusable Swab
8. 2. 20
Read More
Death by Plastic
Anti-Coke Lawsuit: "Plastic Is Set to Outweigh Fish in the Ocean"
3. 2. 20
Read More
+Social+Newsletter
TopicsAbout UsContact Us
Copyright ©, Camden Media Inc All Rights Reserved. See our User Agreement, Privacy Policy and Data Use Policy. The material on this site may not be reproduced, distributed, transmitted, cached or otherwise used, except with prior written permission of Futurism. Articles may contain affiliate links which enable us to share in the revenue of any purchases made.
Fonts by Typekit and Monotype.