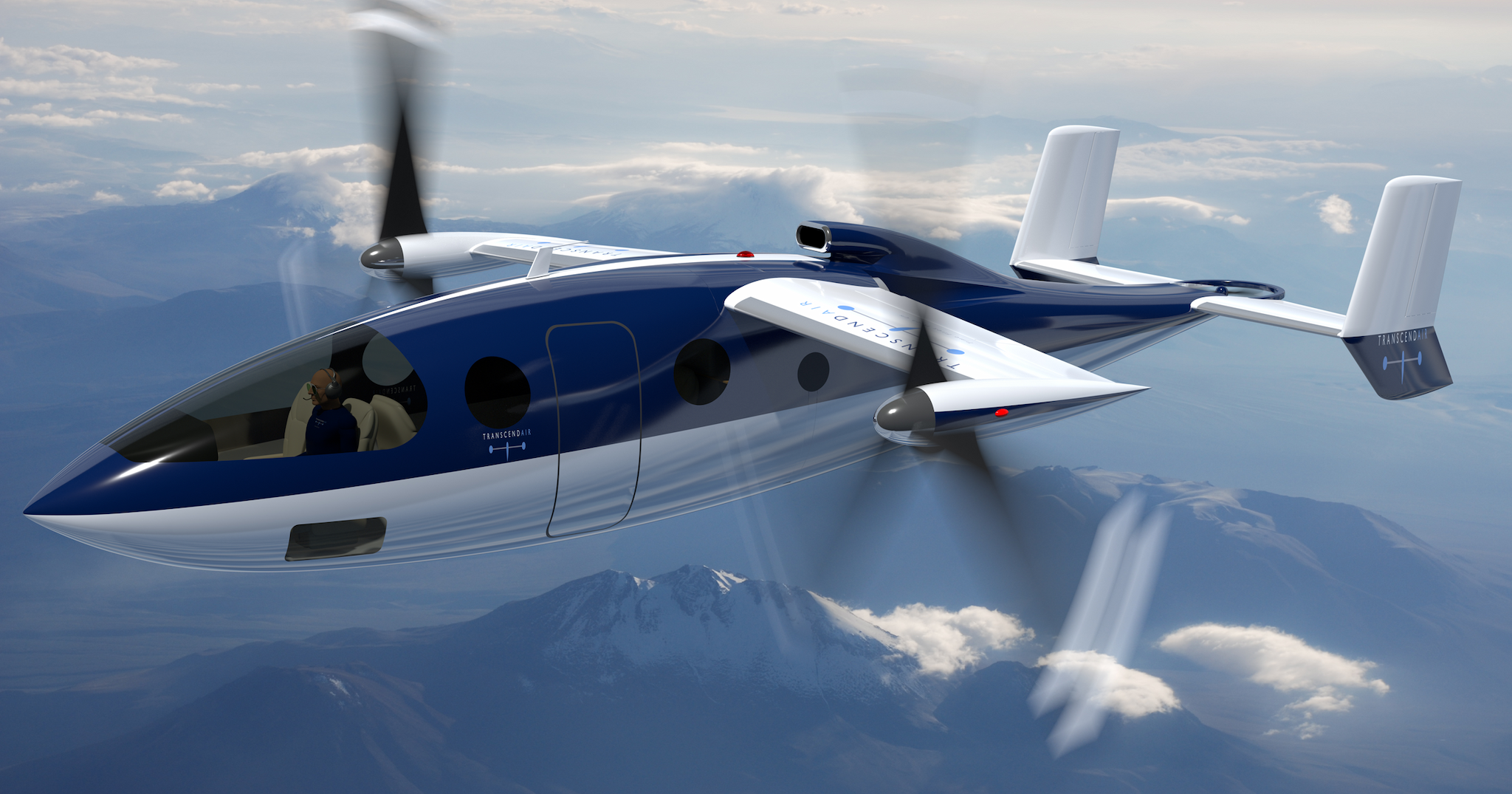 A conventional jet would require closer to three hours.

A conventional jet would require closer to three hours.

The craft takes off vertically from any flat surface, like a helicopter, then cruises to your destination like a jet at 724 kilometers per hour (450 miles per hour), far above the traffic below.

That's the idea behind a prototype aircraft created by Boston startup Transcend Air. The company says the craft could transport a half-dozen passengers at a time between Boston and New York in fewer than 40 minutes.

"We like to boast that we’re not inventing anything new here," said CEO Greg Bruell in an interview with Travel + Leisure. “We’re taking a concept first demonstrated in the '60s and finding a market for it, while updating it with the latest technology so that it doesn’t cost military-scale budgets to build them."

As Quartz pointed out, a Boston-New York flight from a conventional airport could easily take three hours between clearing security, boarding, and driving to the airport.

But passengers will have to pay for Transcend Air's elite service. A one-way trip from New York to Boston will run $283 — easily double the cost of a conventional flight.

There are a few more caveats. The service won’t launch until 2024 at the earliest. And to save on space, the next-gen aircraft won’t have bathrooms, so no grande mochas before take-off.

Ultimately, Transcend Air's prototype is a glimpse of a stylish future for air transportation — even if, like private jets, it'll inevitably cater to the wealthy.

READ MORE: Flying Taxi Company Wants to Get You From New York City to Boston in 36 Minutes [Travel + Leisure]

More on flying taxis: The World’s First Flying Taxis Will Take to the Skies in Five Months