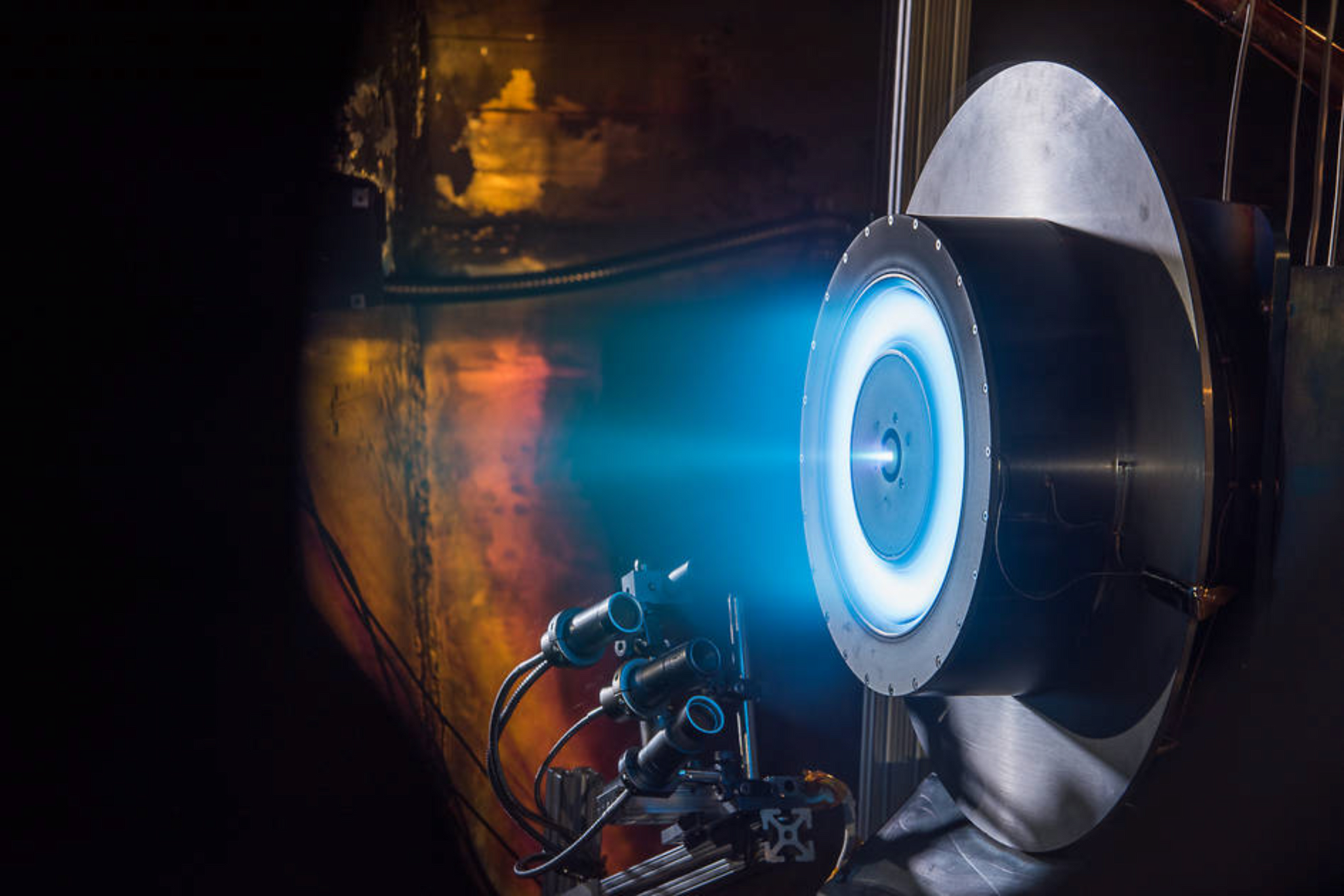 The future is electric — even in space.

The future is electric — even in space.

The small probe, called Psyche, was named after a 140-miles-across space rock in the asteroid belt believed to be the building block of an early rocky planet. NASA scientists are hoping to learn about the formation of other rocky planets very much like our own by getting a closer look.

To get there, the spacecraft is outfitted with Hall thrusters, which are electric thrusters that emit a space-agey blue glow. Solar panels attached to either side provide the power.

Electromagnetic fields generated by the thrusters accelerate and then shoot out charged xenon ions, creating enough thrust to propel the spacecraft to the outer reaches of our solar system.

It's only a tiny amount of force, about the same amount of pressure exerted by three quarters on your hand. But given the drag-free environment of space, Psyche will eventually reach speeds in excess of 200,000 mph.

Ion propulsion thrusters have been used on previous NASA missions and satellites in Earth's orbit — but never beyond the orbit of the Moon, according to NASA.

Slow And Steady Wins The Race

The technology may mean that it takes time to build up enough speed to get anywhere fast — Psyche will take three and a half years to get to its destination — but the thrusters are also extremely energy efficient. To make the lengthy journey, Psyche will only need 2,030 pounds of xenon, about a fifth of the weight that would be needed to power the mission using chemical thrusters.

Psyche is scheduled to launch in August 2022 with the help of a SpaceX Falcon Heavy launch vehicle from historic Pad 39A at NASA's Kennedy Space Center.

It's an exciting moment and perhaps a new era in spacecraft propulsion, setting the stage for future deep space missions powered by the Sun.