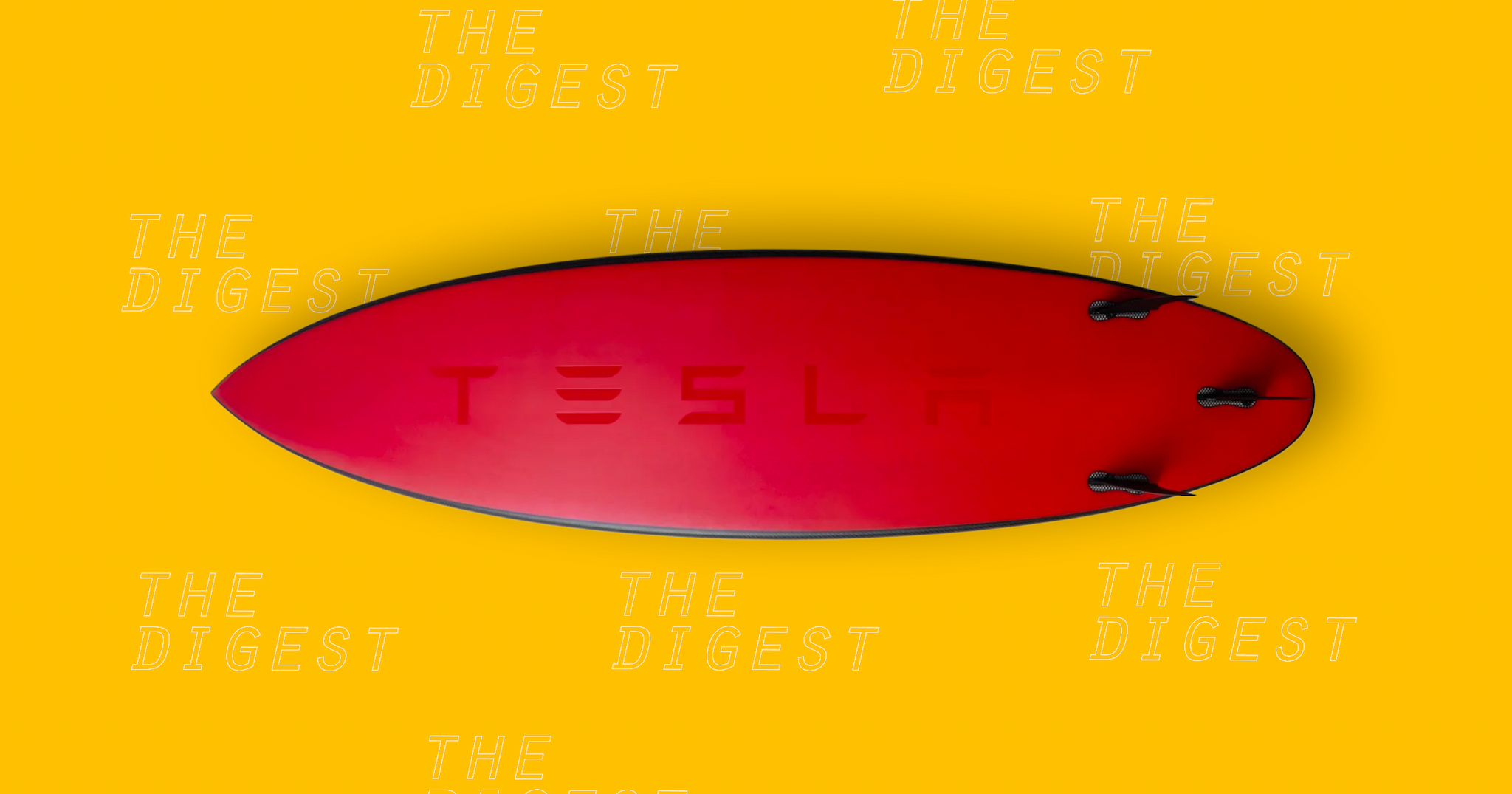 Did you want Tesla to make a surfboard? No? Well they did anyway.

Did you want Tesla to make a surfboard? No? Well they did anyway.

TUBULAR TESLA. If you're looking at which forms of transportation are the cleanest, the surfboard is hard to beat. It produces no emissions — the only fuel needed to get from Point A to Point B is a gnarly wave. Sure, it might not be ideal for your morning commute if it happens to involve inland roads or electronics. But that isn't stopping Tesla from adding surfboards to its clean transportation offerings.

On July 28, Tesla added the Limited Edition Tesla Surfboard to its online shop. According to the product page, the Tesla surfboard features the same paint finishes as Tesla's vehicles and will fit in the company's Model S, Model X, and Model 3 vehicles.

VERY LIMITED EDITION. Tesla produced just 200 of the $1,500 boards, and they sold out almost immediately. eBay is now your only hope for snagging a Tesla surfboard — that is, if you're willing to shell out upwards of $5,000 for a single board.

What sets the board apart from those you'd find in a beachside surf shop, you may ask? It's hard to say. The board is the result of a collaboration with two expert board creators, Lost Surfboards and Matt “Mayhem” Biolos, so it's likely pretty high quality, but according to TechCrunch, most of Lost's boards cost between $700 and $800. That Tesla logo comes with quite the markup.

DIVING INTO A NEW MARKET. No one knows for sure why Tesla decided to add a surfboard to its list of online wares. Tesla declined to go on record about whether or not the motivations had anything to do with the company's recent financial struggles (it recently reached out to suppliers to ask for refunds on past contracts).

Tesla plans to start shipping the boards in two to 10 weeks (assuming no production delays), so surf enthusiasts should be able to hit the waves with their exclusive Tesla surfboards before the end of the season — assuming they decide to keep the boards and not attempt to make a tidy profit off them in the resale market.

More on Tesla's finances: Tesla Is Reportedly Asking Suppliers to Refund Payments to Have More Cash on Hand