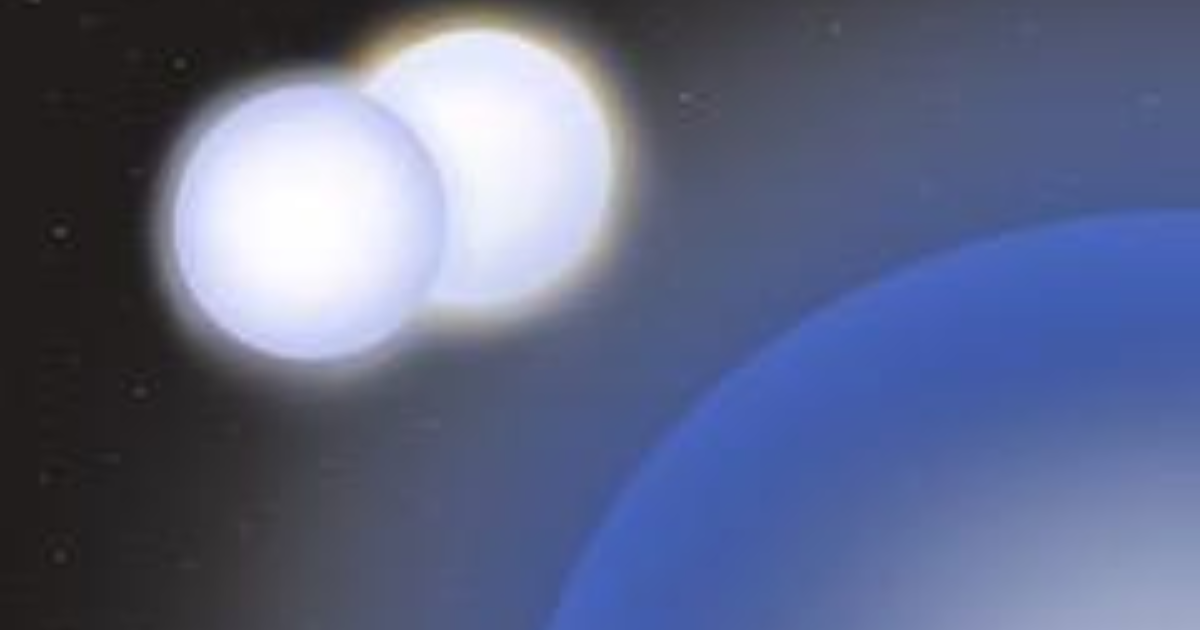 There's something pretty special about the star system that a team of researchers just discovered.

The international group of scientists published a study in the journal Monthly Notices of the Royal Astronomical Society in June, and yesterday Axios revealed additional details about the stars.

The triple system features two stars that orbit each other in a binary, as well as a tertiary plant that orbits the binary. Axios said it's most likely that the system started out as two binaries but went through at least one merger.

"As far as we know, it is the first of its kind ever detected," co-author Alejandro Vigna-Gomez said in a press statement. "We know of many tertiary star systems but they are typically significantly less massive. The massive stars in this triple are very close together – it is a compact system."

Two of the team's researchers hope to find out whether there are more systems like this one and invited the public to look over the same data they used one more time — the initial discovery was actually made by amateurs using NASA observations, although the citizen scientists thought there were only two stars in the beginning.

"Maybe there are more compact systems buried in the data," co-author Bin Liu said in a press statement. "What we really want to know is whether this kind of system is common in our universe."