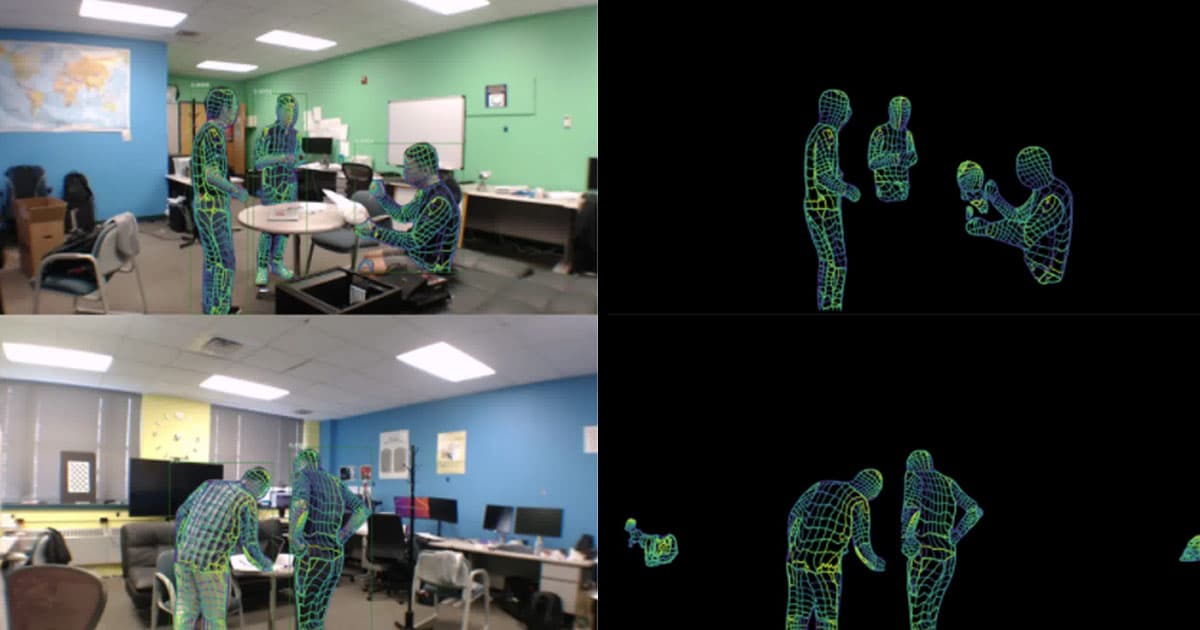 A team of researchers have come up with a machine learning-assisted way to detect the position of shapes including the poses of humans to an astonishing degree — using only WiFi signals.

In a yet-to-be-peer-reviewed paper, first spotted by Vice, researchers at Carnegie Mellon University came up with a deep learning method of mapping the position of multiple human subjects by analyzing the phase and amplitude of WiFi signals, and processing them using computer vision algorithms.

"The results of the study reveal that our model can estimate the dense pose of multiple subjects, with comparable performance to image-based approaches, by utilizing WiFi signals as the only input," the team concluded in their paper.

And the results are astonishing. Images appended to the preprint show the poses of various human subjects in astonishing detail and in a variety of poses.

The researchers suggest WiFi could serve as a much more affordable and already ubiquitous way to keep track of the exact location of people compared to more traditional camera and LIDAR systems.

"In fact, most households in developed countries already have WiFi at home, and this technology may be scaled to monitor the well-being of elder people or just identify suspicious behaviors at home," the paper reads.

It's not the first time scientists have attempted to "see through walls" using WiFi signals. In 2018, researchers from MIT's Computer Science and Artificial Intelligence Laboratory came up with a way to analyze radio signals, which bounce off of people's bodies, to determine their position in the form of moving stick figures.

This latest technology builds on that research, potentially leading to an affordable way of tracking the exact whereabouts of more than just one individual, and with greater fidelity.

But whether that will come at the cost of anybody's privacy remains to be seen, especially considering the existing smart home device landscape.

READ MORE: Scientists Are Getting Eerily Good at Using WiFi to 'See' People Through Walls in Detail