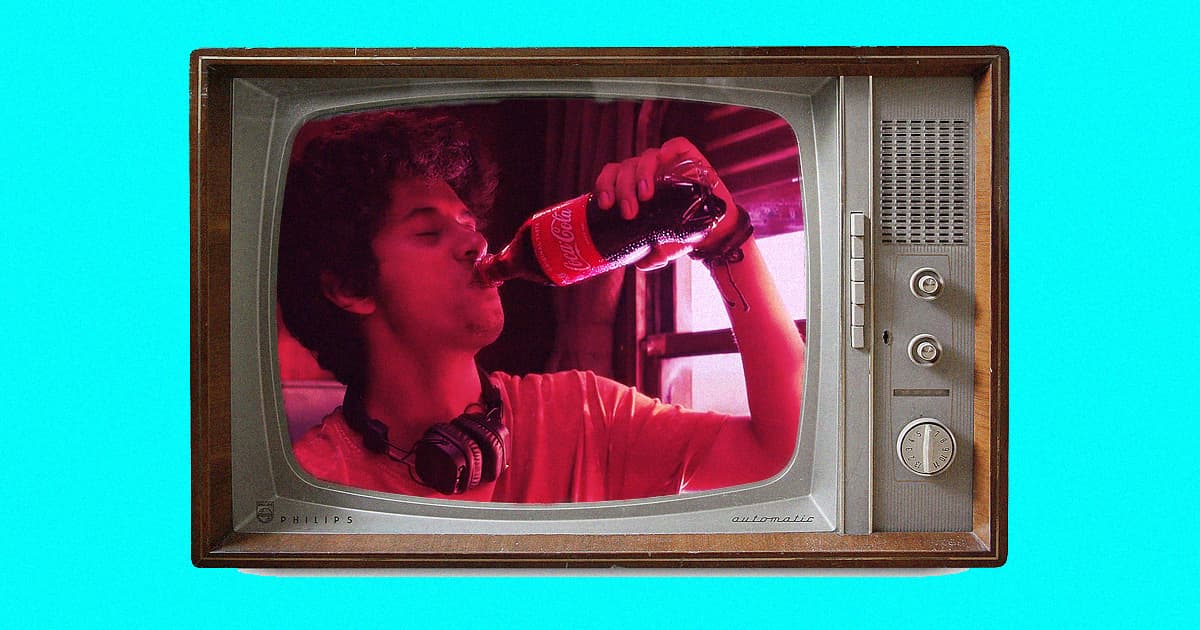 Can't wait to watch "Lord of the Amazon Ring."

Can't wait to watch "Lord of the Amazon Ring."

Breaking: Nothing is sacred!

The advertising company Mirriad developed a new technology that allows it to seamlessly stitch new product placement into existing movies and TV shows, according to the BBC. The tech, which has already been deployed by a Chinese streaming service, makes it possible for brands to insert their products or logos into existing media — even swapping them out over time — without needing reshoots. In other words, get ready for Luke Skywalker to learn that Darth Vader is his father — prominently branded genealogy report in hand.

Fortunately, the legal questions and copyright issues alone will probably prove insurmountable, film critic Anne Billson told the BBC. But the publication notes that the retroactive product placement tech may become popular in the music industry as artists try to get new revenue out of their existing library of music videos by adding in new labels, posters, or even clothes.

"The technology can 'read' an image, it understands the depth, the motion, the fabric, anything," Mirriad CEO Stephan Beringer told the BBC. "So you can introduce new images that basically the human eye does not realize has been done after the fact, after the production."

The Brady Bunches of Oats

Mirriad isn't the only company with this kind of product placement tech. The tech company Ryff says that it can even tailor the new ads to the individual viewer based on their internet history, CEO Roy Taylor told the BBC.

Essentially, the ads that chase you around the internet would also penetrate movie night, as characters are suddenly wearing those shoes you clicked on but didn't buy or a billboard for your favorite wine shows up during a car chase scene.

READ MORE: How product placements may soon be added to classic films [BBC]

Brands We Love
Cut Better Videos With This Adobe Premiere Pro Production Course Bundle
9. 2. 20
Read More
His Power
Scientists Develop Compound That Kills So Efficiently They Named It After Keanu Reeves
9:17 PM
Read More
Making Waves
Alien-Detecting AI Finds Eight "Suspicious" Signals
8:39 PM
Read More
+Social+Newsletter
TopicsAbout UsContact Us
Copyright ©, Camden Media Inc All Rights Reserved. See our User Agreement, Privacy Policy and Data Use Policy. The material on this site may not be reproduced, distributed, transmitted, cached or otherwise used, except with prior written permission of Futurism. Articles may contain affiliate links which enable us to share in the revenue of any purchases made.
Fonts by Typekit and Monotype.