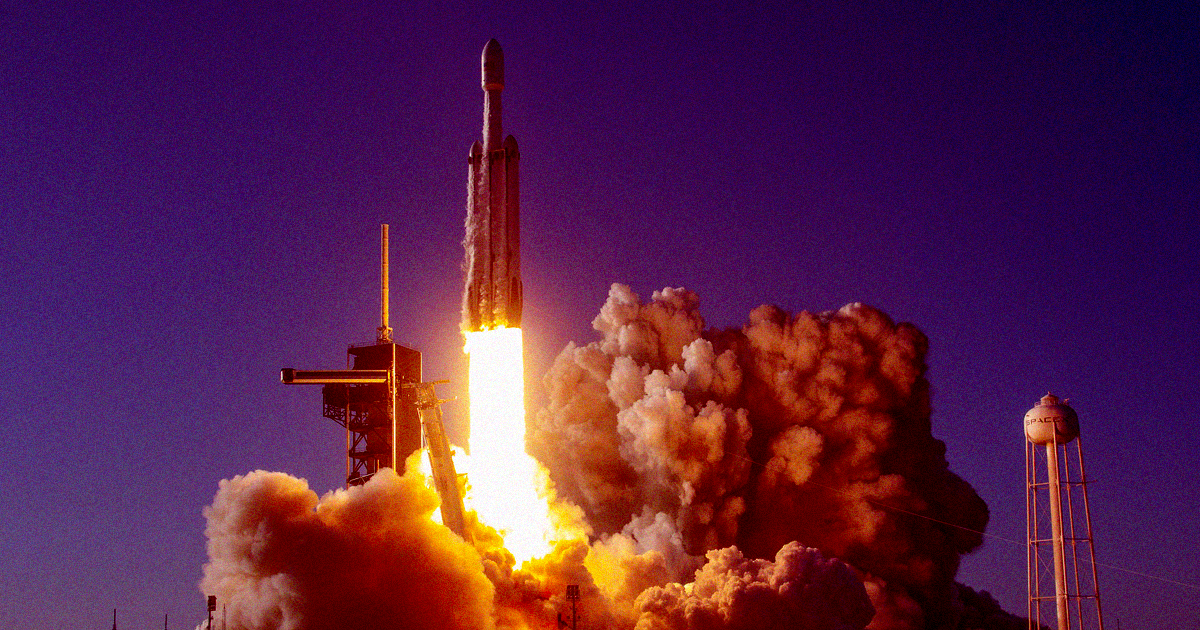 "We certainly are going to make sure hospitals have the liquid oxygen they need."

"We certainly are going to make sure hospitals have the liquid oxygen they need."

In an unfortunate turn of events, rocket companies are running low on liquid oxygen (LOX), a cryogenic oxidizer used to propel rockets into orbit.

The reason? The ongoing — and now severely worsening — COVID-19 pandemic. That's because hospitals are using the stuff to keep patients alive as well as for water treatment, according to Insider.

SpaceX president Gwynne Shotwell noted during an appearance on Tuesday that liquid oxygen shortages were forcing them to delay upcoming rocket launches.

"We're actually going to be impacted this year with the lack of liquid oxygen for launch," Shotwell said during a Space Symposium panel. "We certainly are going to make sure hospitals have the liquid oxygen they need."

LOX is used by SpaceX to power its Merlin rocket engines, along with RP-1. Those powerful engines provide the thrust to get thousands of Starlink satellites into orbit — and at a breakneck pace.

So far, there are 1,600 Starlink satellites in orbit and the company already has authorization to launch up to 42,000, according to Space.com.

That's a lot of launches. In 2021 alone, SpaceX has launched 15 Falcon 9 rockets with its broadband-beaming satellites on board.

And all of those rockets need a lot of fuel. In fact, the Elon Musk-led company is getting pretty desperate.

"For anybody that has liquid oxygen to spare, would you send me an email?" Shotwell added.

Update: An earlier version of this story misstated the type of rocket fuel that SpaceX's Merlin engines use alongside LOX. It has been updated.

READ MORE: SpaceX's president says liquid oxygen shortages are making it harder to launch rockets — and that people should email her if they have any spare [Insider]

More on SpaceX: Blue Origin Is Working on a SpaceX Super Heavy Clone