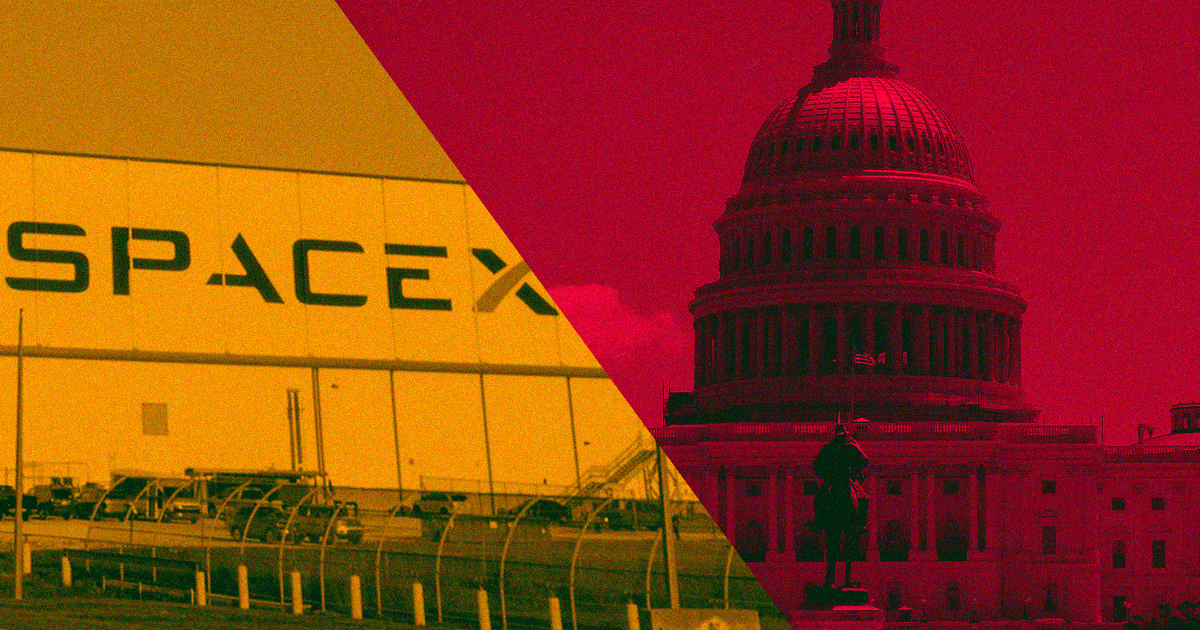 And it doesn't want the details of the case made public.

And it doesn't want the details of the case made public.

SpaceX is suing the U.S. government — and it doesn't want anyone to know why.

In addition to filing a lawsuit with the Court of Federal Claims on Friday, SpaceX also filed a motion requesting that the details of the suit be kept private. According to GeekWire, SpaceX made the request to protect "confidential and proprietary information and source selection information not appropriate for release to the public" — a vague yet intriguing sign of friction between Elon Musk's spacetech venture and one of its biggest clients.

The motion refers to the SpaceX lawsuit as a "Bid Protest Complaint," so it's almost certainly related to a SpaceX bid for a government contract.

Another clue: The Washington Post has pointed out that the Air Force is on the cusp of awarding a pair of companies each launch contracts that could worth billions of dollars.

This isn't the first time SpaceX has sued the U.S. government over its bidding process.

SpaceX ended up dropping both complaints, so it's hard to predict whether this case will actually make it through the court process or get pulled like its predecessors.

READ MORE: SpaceX files lawsuit against the federal government — but asks to keep the details under wraps [GeekWire]