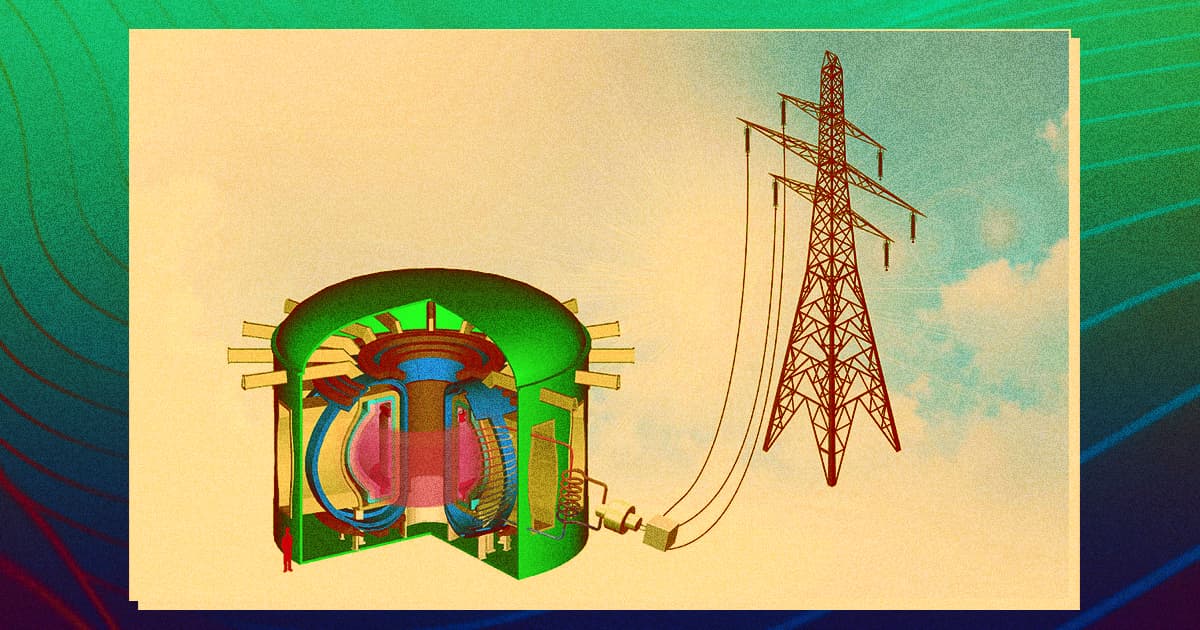 Now scientists just need to make it a reality.

Now scientists just need to make it a reality.

A team of scientists may have cracked the code for self-sustaining nuclear fusion reactors that actually produce more electricity than they consume — an amazing accomplishment, at least in theory.

In a series of simulations, the team from the Oak Ridge and Lawrence Livermore National Laboratories and the private company General Atomics demonstrated how a tiny tokamak reactor could pave the way toward productive and sustainable fusion energy, according to Popular Mechanics. Now, of course, the trick is to actually build the thing.

A big, yet-unsolved challenge in the nuclear fusion field has been building a reactor stable and powerful enough to actually put out more energy than it takes in. The best in show right now, according to PopMech, is an experimental reactor that produces 67 percent as much electricity as it takes to power it up.

The new theoretical reactor is surprisingly compact: it's just eight meters wide and highly compresses plasma to generate a net 200 megawatts of electricity, according to the research that the team published last month in the journal Nuclear Fusion. That would be enough electricity to power about 40,000 homes, give or take.

Unfortunately, a reactor like the one from the paper is probably still over a decade away from tangible reality, according to PopMech. Adding in the plasma pressurization that actually made it work well is even farther out.

But still, the simulations show that a plasma fusion reactor of this sort is theoretically possible and could work. That means that this paper could serve as roadmap toward a truly practical fusion reactor.