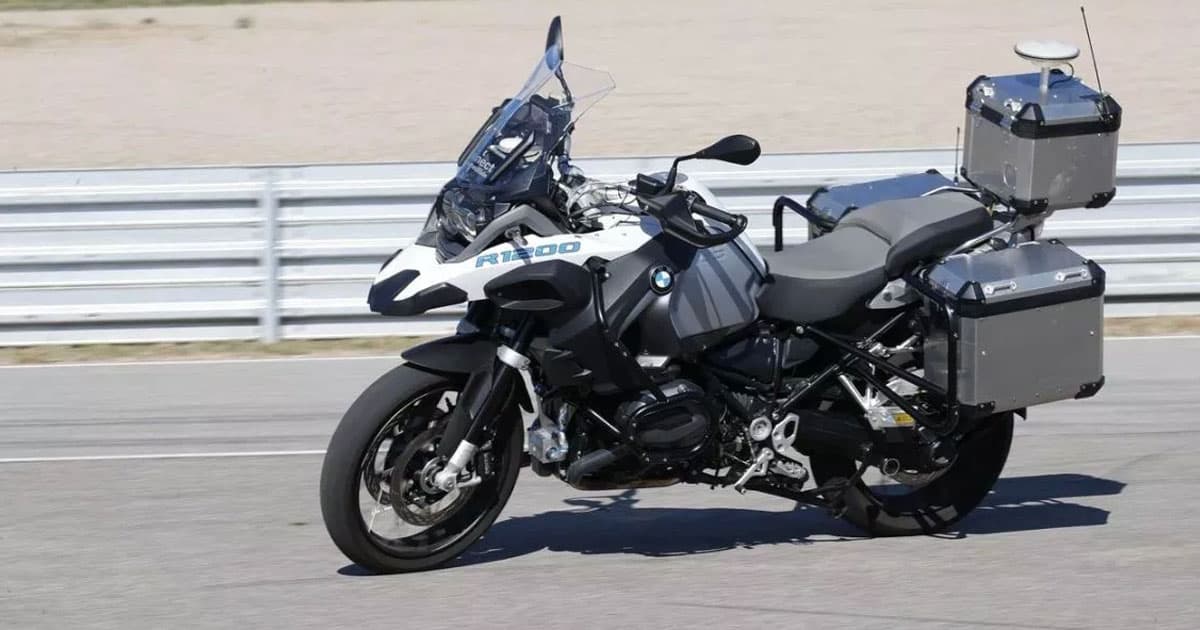 It's learned a few new tricks since September.

It's learned a few new tricks since September.

BMW's self-driving motorcycle has apparently been practicing its moves.

In September, the automaker released a video of one of its 1200 GS motorcycles modified to drive autonomously. In that clip, the vehicle starts itself, drives down a long, slightly curved road, and then stops — impressive, given that the bike is driving itself, but essentially the same moves an amateur rider might attempt.

This week, the company demoed the self-driving motorcycle live at the 2019 Consumer Electronics Show, and it now moves like an expert biker is at the controls.

Check out the demo video below to see BMW's motorcycle drive itself in tight circles and quickly switch directions.

Just don't expect to encounter one of these driverless bikes next to you on the freeway — according to BMW, the technology is meant to support riders on the road, not replace them.

BMW Is Releasing a Wireless Charging Pad in 2018
9. 27. 17
Read More
Dishonorable Discharge
Scientists Alarmed by Video of Deep Sea Mining Company Spewing Waste Into Ocean
Yesterday
Read More
Sing Me a Song
Google Officially Announces ChatGPT Competitor Called "Bard"
Yesterday
Read More
+Social+Newsletter
TopicsAbout UsContact Us
Copyright ©, Camden Media Inc All Rights Reserved. See our User Agreement, Privacy Policy and Data Use Policy. The material on this site may not be reproduced, distributed, transmitted, cached or otherwise used, except with prior written permission of Futurism. Articles may contain affiliate links which enable us to share in the revenue of any purchases made.
Fonts by Typekit and Monotype.