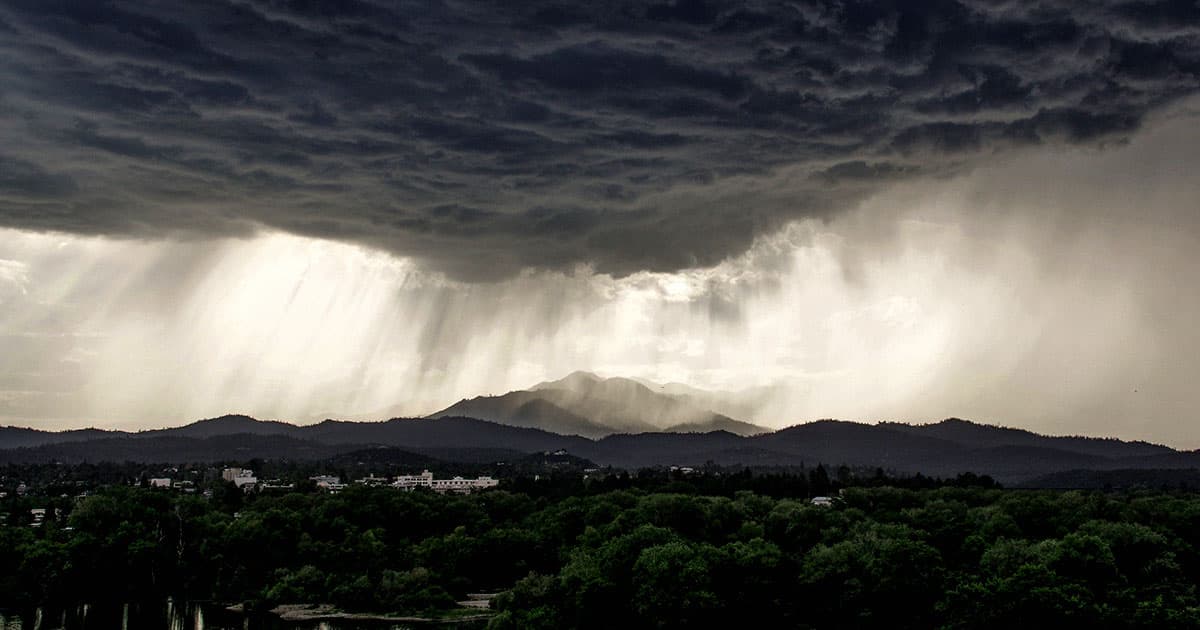 There Will Be Flood

Scientists Warn of Megaflood That Could Drown California

Climate change has doubled the likelihood.

Climate change has doubled the likelihood.

The state of California is no stranger to natural disasters, always on edge in fearful anticipation of the next "Big One." But what if California’s worst catastrophe came not from wildfires, droughts, or earthquakes, but a megaflood?

A new paper, published last week in the journal Science Advances, examines two scenarios: a more or less current megaflood in the recent historical climate, and a future scenario in the projected climate of 2081-2100. The findings indicate that the likelihood of that type of extreme storm flooding has roughly doubled thanks to global warming, and only increases in likelihood as the planet continues to heat up.

A megaflood would not be an unprecedented event in Californian history. Far from it, as ruinous floods typically occur every five to seven times per millennium, according to the researchers, and the latest one in 1862 came off the back of weeks-long winter storms that turned the Sacramento and San Joaquin valleys into a 300 mile long "inland sea."

And now thanks to climate change, the next storm is not only more likely to happen, but it's likely to be even more destructive.

"In the future scenario, the storm sequence is bigger in almost every respect," said study co-author and UCLA climate scientist Daniel Swain in a press release.

Such a flood would be big enough to generate up to 400 percent more runoff water in the Sierra Nevada Mountains than in historical records. Some spots would get hit with over 100 inches of rain in a month, and even the more conservative estimates of the current climate scenario indicate that widespread areas would sag under some 40 inches of rain in 30 days.

The 1862 flood happened when the state's population was just 500,000. Today, it's nearly 40 million, and the researchers estimate that a modern day megaflood would be devastating: over $1 trillion in damages, and no doubt countless lives lost and displaced.

"Every major population center in California would get hit at once — probably parts of Nevada and other adjacent states, too," Swain said.

More on climate change: Scientists May Be Able to Fight Global Warming by Supercharging Plankton