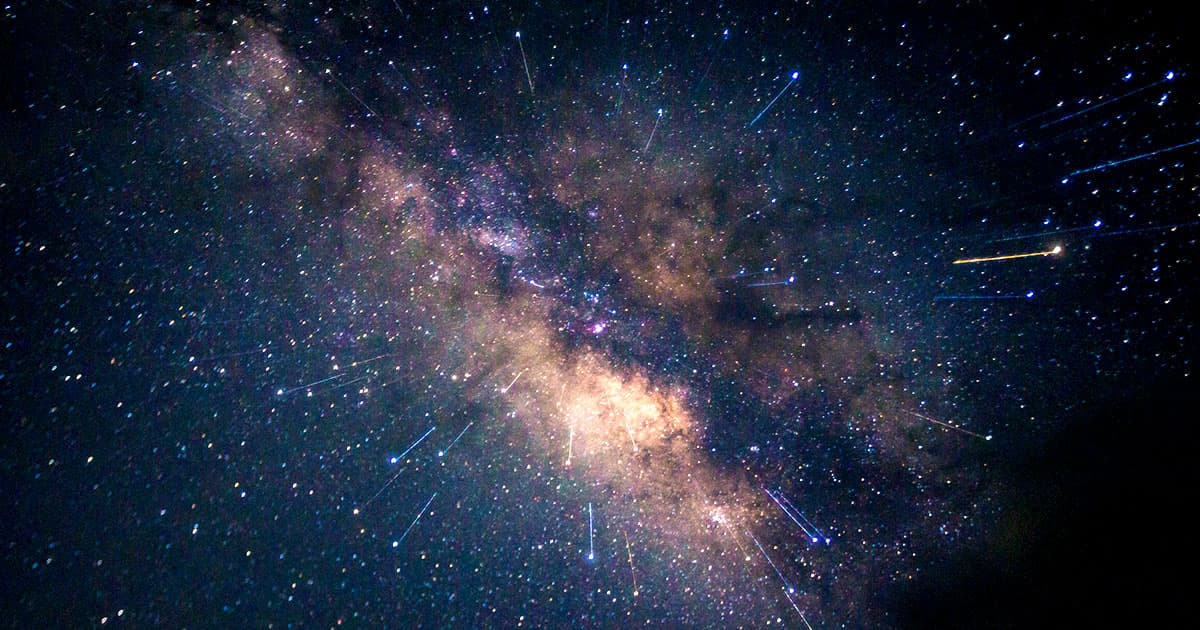 Don't give up that easily!

Don't give up that easily!

A team of astronomers have used the Murchison Widefield Array, a massive network of over 4,000 antennas spread out over the Western Australian desert, to look for aliens.

They collected seven agonizing hours worth of data — and to their dismay, they found nothing.

As detailed in their new paper, accepted for publication in the journal Publications of the Astronomical Society of Australia, the team used the array to collect data while peering into the Galactic Center, centered on Sagittarius A*, the suspected supermassive black hole at the core of the Milky Way.

They looked for technosignatures of extraterrestrials at a frequency of 155 megahertz, the first search of its kind. Usually, according to CNET, astronomers have focused on lower frequencies.

"This is our largest population of known exoplanets within our four surveys with the MWA," lead author Chenoa Tremblay, and researcher at the SETI Institute, told the site.

Fear of an Exoplanet

Exoplanets are a particularly interesting place to look for signs of alien life. A previous search back in 2013 of the same corner of the galaxy contained only 38 known exoplanets. The new search upped the total to 144.

We're only beginning to understand what is going on at the center of our galaxy, so there could be many more planets hiding in there — we don't even know how many stars are lurking there since there's a lot of cosmic dust obscuring our view.

With a bit of math, the astronomers' latest survey could theoretically have covered a vast number of star systems. Their research is based on a previous survey that classified 3.3 million stars in the vicinity — but that only accounts for an area that is less than one percent of that covered by the MWA survey.

"If we extrapolate this, we are covering billions of stellar systems out to the center of our Galaxy," Tremblay told CNET.

Of course, just because they didn't find aliens in this one region of the sky who happened to be communicating on a specific frequency during a particular seven-hour stretch doesn't mean much. So we hope they keep looking.

Sky Eye
Sorry, But New Signal Is Definitely Not Aliens, Says Scientist Working on Project
Jun 15
Read More
Loose Signal
Potential Alien Signal Coming From Direction of Earthlike Planet, Scientists Say
Jun 15
Read More
Space Invaders
Study: There May Be as Many as Four Evil Civilizations in Our Galaxy
Jun 1
Read More
+Social+Newsletter
TopicsAbout UsContact Us
Copyright ©, Camden Media Inc All Rights Reserved. See our User Agreement, Privacy Policy and Data Use Policy. The material on this site may not be reproduced, distributed, transmitted, cached or otherwise used, except with prior written permission of Futurism. Fonts by Typekit and Monotype.